‘Whether we like it or not, Frontline is the most visible social work organisation in the UK’

A child protection social worker writes about the need for Frontline to present social work in a fair manner in the media, due to its large profile 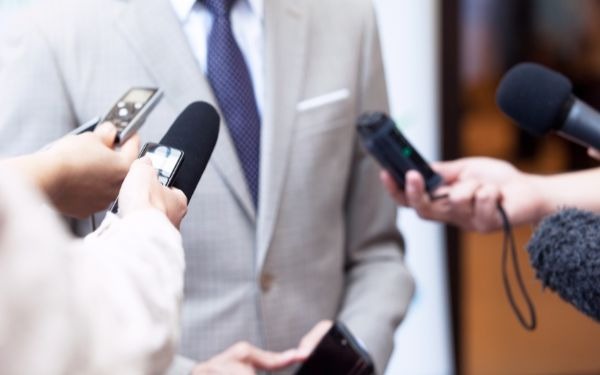 It was little noticed at the time, but last year Frontline appointed Camilla Cavendish as its chair, replacing Andrew Adonis. This appointment would be entirely unremarkable, except that Cavendish has expressed views about social work that are both misleading and disparaging.

In November 2017, Cavendish argued that the only way to avoid tragedies like the death of Elsie Scully-Hicks is to ‘improve social work and help social workers make the best judgments’. Not only did Cavendish draw premature conclusions on the basis of flawed analysis of aspects of the case, she also fed into the profoundly unhelpful targeting of social workers in cases like these.

Ten years ago, Cavendish wrote that social workers were ‘putting themselves above the law’, in a deep misunderstanding of the way family law works. I have written elsewhere about the potential damage caused by poor reporting of the child protection system and family courts, and Professor Ray Jones has expressed his concern about the vilification of social workers in the press.

It is particularly troubling that the chair of Frontline would write about the profession in this way and it should prompt an examination of the organisation’s direction. Frontline might argue that it is a charity – not a public body – and as such within its rights to appoint any qualified person to its board. But Frontline’s work is of public importance. It is now the second largest single provider of social work training in the UK (after the government’s Step Up scheme); it is training public sector employees; and it receives a large grant from the Department for Education.

It may not be a public body, but its work has an impact on public services and its work is partly publicly-funded. It is right that the decisions it makes are scrutinised.

Moreover, Frontline has, perhaps because of its government support, come to be a powerful voice in the media. Its chief executive, Josh MacAlister, writes regularly for various media platforms online and has appeared on BBC television and radio several times. Camilla Cavendish recently appeared on Question Time and, in response to one question, introduced herself as chair of Frontline. The organisation has received more coverage than many other longer established social work organisations, including the British Association of Social Work.

Whether the profession likes it or not, Frontline has become the most visible social work organisation in the UK.

That means that Frontline must take some responsibility for representing the profession and its trustees and staff should be thoughtful and sensitive about the ways they portray social work in the media. Given that so much reporting of social work is negative, Cavendish’s contribution is hardly helpful and does not provide any balance; rather than representing the profession, her pieces are likely to have damaged it further.

Her appointment also highlights a broader issue at the heart of Frontline: a significant lack of expertise in child protection social work amongst its senior staff. A third of its board have been, or currently are, working as social workers.

Cavendish’s experience in the sector comes from chairing a review of healthcare assistants and support workers and sitting as a non-executive member of the Care Quality Commission’s board. This means that this highly visible, vocal, publicly-funded organisation which is having a significant impact on the way social workers are recruited and trained is led by a group of people with no first-hand experience of working in the child protection system.

That Frontline selected someone as chair not only without that experience, but also who does not seem to be on the side of social workers, suggests that there is little hope of the organisation co-operating with other parts of the sector to defend and develop the profession as a whole.

A Frontline statement said: Frontline has contributed and is continuing to contribute to changing the public perception of social work. As a result, it is now seen as a more prestigious career choice for many who wouldn’t have considered it before. Through our work, we have been able to amplify the voices of frontline social workers. Having trustees and supporters outside of the profession who are able to add weight to these voices can only be a good thing.

Stanley Mason is a pseudonym. He is a child protection social worker in the north-west of England.

‘A director’s job is to enable social workers to be the best they can be’
‘Deprivation of liberty’ should be defined in law to limit caseloads and family intrusion, say MPs and peers

2 Responses to ‘Whether we like it or not, Frontline is the most visible social work organisation in the UK’