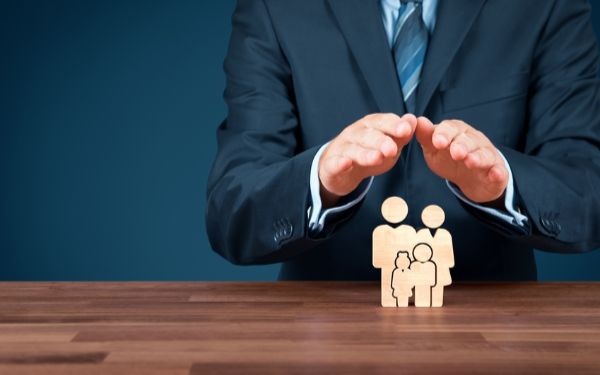 The government has rejected a recommendation to give local authorities the freedom to scrap independent reviewing officers as it announces a suite of new measures to give foster carers more confidence in managing placements.

The initiatives, announced today by the Department for Education, come as part of the government’s response to the fostering stocktake and education select committee’s inquiry into fostering. The stocktake controversially recommended local authorities having the freedom to scrap the independent reviewing officer role as a cost-saving exercise.

However, the government rejected this, saying in its response: “We will work with organisations representing Independent Reviewing Officers (IROs) and [local authorities] to consider how the role of IROs can be put to best effect in the current system and under existing legislation.”

This announcement was welcomed, with charity Become saying it was “pleased” the government chose not to take on the recommendation after “no robust case was made for their removal”.

“We believe that this role has a lot to offer local authorities when it comes to supporting children in care, and we look forward to working with IROs to ensure that it evolves in the future and continues to meet the needs of children in care.”

Carolyne Willow, director of Article 39, which opposed the IRO recommendation and others it said would threaten legal protections for children, said: “It’s a huge relief that there’s to be no weakening of children’s legal safeguards. I’m especially pleased the government’s response underlines the importance of brothers and sisters in care living together whenever possible. It would have been a terrible injustice to children in care had this review weakened our collective resolve to make this happen.”

The government set out five overarching ambitions for foster care in its response:

– Children are listened to and involved in decisions about their lives
– Foster parents receive the support and respect they need and deserve to care for children
– There are enough high quality fostering placements, in the right place, at the right time
– Local authorities commission placements according to the needs of the child
– Children experience stability regardless of permanence plan

The Department for Education said there will be clearer advice on physical affection for foster carers, so they can feel more confident in hugging and comforting children, as well as steps to empower carers to make more day-to-day decisions regarding things like haircuts, school trips or sleepovers.
A ‘default’ delegation policy for foster carers will be drawn up in partnership with local authorities and guidance will be revised to ensure foster parents are involved in “all decisions and reviews, unless there is a legitimate reason not to”.

A ‘National Stability Forum for Children’s Social Care’ will also be established to “provide leadership across the sector, bringing together leaders to galvanise opinion and action”.

Other announcements included a training package to support social workers that want to improve decision-making on permanence and encouraging local authorities to consider how fostering could be used to help families stay together through the potential benefits of “edge of care or ‘shared care’” fostering.

Responding to the report, Rachel Dickinson, vice president of the Association of Directors of Children’s Services (ADCS), welcomed the response but said the plans “will not address the underlying drivers of instability including a national shortage of foster carers and of social workers”.

“ADCS members also remain concerned about the significant surpluses being made by a small number of organisations from fostering. Such practices cannot be justified, and we reiterate our earlier call on government to replicate the Scottish legislation which prevents for-profit operations in this area,” Dickinson said.

She said the ambitions outlined were difficult to argue with, and awaits further information about the role and remit of the new stability forum.
Kevin Williams, chief executive of The Fostering Network, said the report “lacks teeth”.

Williams said: “While the report does lay out a vision for foster care – it begins with five excellent over-arching ambitions – it fails to set out an ambitious plan that will create the much-needed systemic change in the fostering sector, and we do not believe that it will achieve the improvements that are desperately needed to ensure that foster care is the best it can be for children and the families that look after them.

“We believe the continued insistence of referring to ‘foster parents’ ignores the wider role and responsibilities of foster carers and the skills and experience they bring.”

“This was a chance to radically overhaul the fostering system to make foster care better, but it feels like an opportunity missed.”

On Staying Put, the scheme that supports foster children to stay with their foster families until 21, the department said it would use evidence from the rollout of Staying Put to “refine the policy and address some of the most significant practical barriers”.

“This initiative has the potential to change outcomes for so many more young people than it currently does as they approach adulthood – yet this response makes no commitment to making the ambition of this policy a reality.

“Each year thousands of young people leave care and are faced with living independently without adequate support or guidance, and the government had the power to change this with their response to the Independent Fostering Review, but chose not to,” Stevenson said.

Nadhim Zahawi, minister for children and families, said the changes are about ensuring children in care can have a “’normal’” life.

“We also want to support and empower foster parents to make the daily decisions they would for their own children and make sure they receive the recognition they deserve for their incredible work.”