‘Leaving the local authority sector after IR35, I feel I’ve gone back to proper social work’ 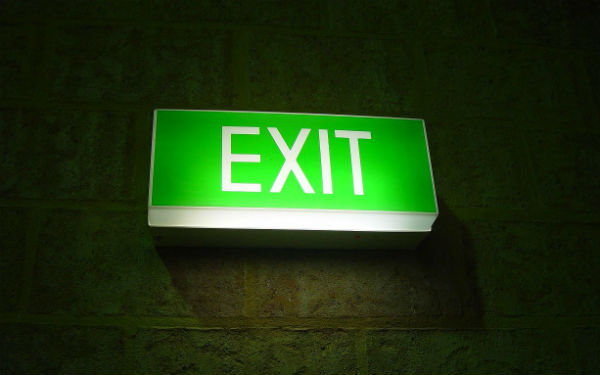 Last year, when the tax rules for agency social workers changed, there was a lot of talk of people being persuaded back into permanent local authority positions. For me, they’ve resulted in my re-evaluating my situation and leaving statutory social work altogether.

I qualified as an adults’ social worker about a decade ago, working around various local authorities in the south of England and rising to team management level before taking redundancy with a view to going agency.

I had always believed in my role as a social worker in statutory services and felt passionate about supporting, enabling and empowering service users. But successive years of austerity took their toll on resources and services at my local authority.

Decisions were no longer based on the legal framework but were driven by finances, while multiple restructures had an impact on the stability of my service, with a significant reduction in staff – and morale.

There were too few senior managers with an in-depth understanding of the law and, to be honest, who actually cared. Support packages and reviews rested on managers’ arbitrary decisions and there were wholesale diktats such as ‘we don’t do washing, laundry or cleaning’, which led to poor living conditions and outcomes for service users.

Taking redundancy was a difficult decision – it was like giving up – but the reality is I felt battered and bruised, and that I needed to take charge of life.

As an agency worker I went back into frontline practice, but ended up once again managing a team – at a lovely county council, with a good work-life balance.

Being agency gave me more of a feeling of control. I knew I could walk away, even though doing so felt unlikely as I was happy in my work, and the higher take-home pay enabled me to plan for breaks.

Unlike where I’d worked in my last permanent job, this council properly interpreted the Care Act, taking into account what people’s needs were and not making assumptions about what they could and couldn’t do. It was a settled and positive place to work.

Then funding problems, which are now hitting so many authorities, arrived there too – exacerbated by money being diverted into children’s services in the wake of a bad Ofsted report.

A new director came in, who was not from a social work background, and the whole working culture changed, with the principles of the Care Act being openly dismissed.

Funding panels were also introduced suddenly, mostly staffed by finance people and commissioners who issued demoralising cost-driven decisions to social workers who had put in months or years of work with people they were supporting.

Within six months the whole senior leadership team went – and as a result social workers were also leaving in droves, while others went on sick leave because they were sinking under their caseloads.

With the council also cutting back on agency staff, I was one of those who left – and ended up back as a temp at one of my former permanent employers, just as the IR35 legislation, affecting how agency workers can manage their taxes, was changing.

Encouraged by my agency, I briefly signed with an umbrella company, SmartPay, which I felt dubious about as to its legality. I was getting a big chunk of take-home pay, about 85%, but I’m not stupid – and at the back of my mind I was thinking, ‘At some point someone will be knocking on my door about this’.

Weighing my options, and with agency work no longer feeling worthwhile if it involved dodgy tax arrangements or a huge pay cut, I put in for a permanent manager post. Yet I ended up turning the job down twice.

It was down to a mix of things – first they offered me less money than I’d been on prior to me leaving the authority first time around, then agreed to match it. But I ended up concluding that I just couldn’t go back to full-time statutory work.

The prospect of going through more cuts-driven restructures, and of continuing to work under the Care Act when you know many local authorities put in blanket rules in that are unlawful, was the biggest reason.

When you’re managing a team and know they are doing everything they can, doing great assessments, but ultimately it’s a funding panel that decides what happens – it feels almost like prison.

I’m now working as a support specialist, based in a mobile unit, with a charity for people with serious illnesses. I still work as a social worker, though I’ve got nursing colleagues with me too.

We don’t assess, casehold, risk-manage or budget-hold. I can tell people the legalities of the Care Act and help them challenge local authorities’ decisions.

It feels like proper social work, talking to people about their emotional wellbeing, and how they’re feeling, and helping them take control of their lives. It’s a total U-turn from local authority work and I’m paid at least on a par with most local authority social workers.

Ultimately I’m so grateful that I’ve been able to take this leap, thanks to a job advert I saw at random. I still keep in touch with many old colleagues and I know how hard some of their jobs are.

Without change, starting with social work practice being directed by social workers, I worry that adults’ services may get as unstable as children’s in future. In the NHS there is a statutory requirement for there to be a director of nursing, but no parallel requirements exist in a local authority and some of my previous directors have lacked both social care qualifications and understanding.

Many practitioners may stay in post for a time – especially in rural areas where they can’t find other work – but they then risk burning out and leaving anyway. Then, with the agency market under increasing pressure, how will councils find recruits to fill their posts?

Richard James is a pseudonym

11 Responses to ‘Leaving the local authority sector after IR35, I feel I’ve gone back to proper social work’