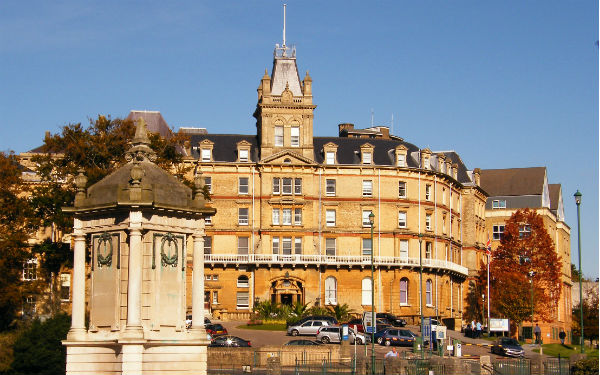 Ofsted has homed in on a lack of progress by social work leaders at a council due to merge with its neighbours, deeming their impact on practice to be ‘inadequate’.

In a report published last week, inspectors said senior managers and elected members at Bournemouth council had failed to deliver improvements in areas identified during their last visit four years ago.

Some services, in particular those for care leavers, were found to have gone backwards.

“The local authority identified through their self-assessment the majority of areas that require improvement,” the report said. “However, plans in place to address these are not sufficiently rigorous and have not been reviewed.” Inspectors also found weaknesses that local authority bosses were unaware of.

Overall the council retained its ‘requires improvement’ grading thanks to strengths such as the children with disabilities team and some elements of services for looked-after children.

Ofsted acknowledged that a planned April 2019 merger between Bournemouth and its neighbours, Poole and Christchurch, had to some extent “inhibited the ability of the local authority to deliver timely service improvements”.

The scheme, which its backers say could save more than £100 million over the next six years, has been subject to a costly and protracted legal challenge from Christchurch council.

Ofsted said the proposed delivery of some frontline services, including the out-of-hours children’s service and multi-agency safeguarding hub (MASH), in partnership between the three authorities, meant Bournemouth’s scope for change had in places been limited.

The MASH was one area singled out for criticism in the inspection report, which highlighted delays in decision-making and a tendency to consider concerns in too isolated a manner.

“Too often, children and young people in Bournemouth do not receive timely support to meet their needs,” the report said.

But inspectors found other causes for concern, beyond the impact of the planned merger.

Cuts to senior management, they said, had acted to restrict the scope for overseeing performance, making it harder to deliver practice improvements.

Inspectors noted some good joint-working between elected members and senior managers, which had resulted in a “continued financial commitment” to service development.

But, they added: “The absence of effective monitoring and regular review of improvement priorities means the senior management team is not driving plans effectively in order to ensure all improvements are delivered within timescales that meet children’s needs.”

Ofsted also raised questions about the quality of high-level partnership working, which the report said did not take place regularly enough to protect children at risk of sexual exploitation or who went missing.

And inspectors found deficiencies in Bournemouth’s procedures for handling allegations of abuse against adults. “Thresholds are not consistently applied, recording is not comprehensive, and decisions are not always accompanied by a clear rationale,” they said, though they added that immediate action was being taken to remedy the situation.

Elsewhere, Ofsted’s report was critical of work carried out by Bournemouth’s assessment team, which it said was too often optimistic and lacking in depth.

But it also found a number of strengths, with the “vast majority” of child protection and child in need plans found to be of good quality.

Inspectors went on to praise “thoughtful, early planning” by staff in the disabled children’s team, which they said ensured young people received “coordinated and bespoke services to ensure a smooth transition to adulthood”.

The majority of services for looked-after children were also found to be of good quality, with social workers found to have “well-established, positive relationships” with young people.

Care leavers’ experiences were though identified as a negative, with planning mostly poor and personal advisors struggling with heavy caseloads.

“Young people are not consistently achieving good outcomes, and a small but significant number are living in circumstances of increased risk and need,” Ofsted said.

Community Care requested an interview to discuss Bournemouth council’s areas for practice improvement and the impact of the merger, but we were told no one was available.

In a statement, Nicola Greene, Bournemouth’s cabinet member for education and children’s services said she was “confident the future can and will be consistently bright” for children’s Services in the city.

Greene added: “The establishment of the new council for Bournemouth, Christchurch and Poole, now just seven months hence, along with the skills, commitment and enthusiasm for change among our staff right now, means we have the basis upon which to build a service that performs well across the board.”

Jane Portman, the council’s managing director, said: “We welcome the findings in the report which has identified strengths and areas to improve further.”

She added: “The council has already established an improvement board to oversee implementation of [our] robust action plan and ensure necessary improvements are made quickly.”

Local authority failed to explain what direct payments could be used for, ombudsman finds
‘Leaving the local authority sector after IR35, I feel I’ve gone back to proper social work’

One Response to Ofsted criticises council leaders for ‘not making progress’