Quick guide to child development from birth to two years 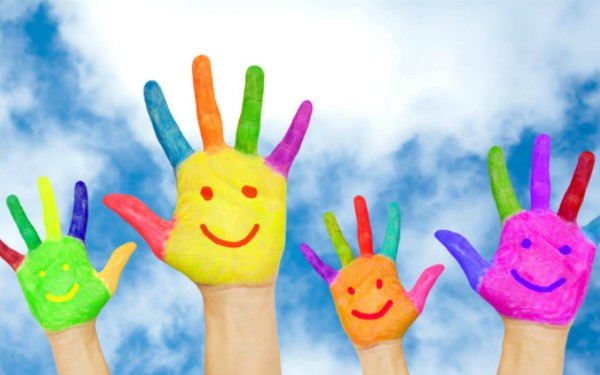 From early on, babies produce responses – such as cooing, smiling and crying. Newborns can smile and cry. Initially these are reflexes but parents/caregivers typically respond as if they were intentional communications. So the infant learns the social consequences of crying and smiling.

Expressive and sympathetic communication from the adult will hold the baby’s attention and sustain sequences of interaction – the interplay between the mother and the infant which forms the basis of later verbal communication. These ‘replies’ have been compared to a dance between the infant and the parent/caregiver and they form the basis for later ‘conversations’. Babies respond to the mother’s facial expressions and will look away from a still, emotionless face. It is important for the adult to treat the infant as a communicating being right from the beginning.

Parent and baby typically develop social routines which continue to be mutually enjoyable. Parents speak to babies in a very special way known as infant directed speech (IDS), characterised by exaggerated intonation, rising and falling curves of sound and higher pitch than usual. The musical tones and rhythms are very satisfying to babies. Long before the first words appear, the baby shows signs of understanding some of what is said to him/her.

At the beginning, the parent needs to take the initiative in order to keep the ‘dialogue’ going but over the first months the baby is developing his/her own social repertoire of actions and responses. It is very important for the adult to adjust to the pace of the child. This is the beginning of intersubjectivity – a process identified by Trevarthen and Aitken (2001) and his colleagues from detailed examination of video-recordings of mothers interacting with their babies.

Primary intersubjectivity refers to the infant’s innate capacity to give active and immediate responses to an adult’s communications; secondary intersubjectivity, which emerges at around nine months, involves the integration of person-person-object awareness and joint attention (by mother and baby) to objects or people of mutual interest.

Intersubjectivity is shown by playful, enjoyable, affectionate and rhythmic interactions between adult and baby. Both baby and adult display a mutually satisfying intersubjectivity when they interact with one another in this way.

The first word typically appears at around 12 months but there are very wide variations among children in the actual age at which this appears, not least since the ‘word’ may not be one that appears in the dictionary. However, it can be considered as a first word if the baby uses it consistently in the presence of a particular object, person or situation, for example “da” when pointing at a plate of food.

First words involve condensed meaning so ‘milk’ can mean “there is the milk” or “I want my milk” or “my cup of milk fell down”, often accompanied by gestures. These single words used as phrases are known as holophrases.

Vocabulary grows very quickly from around 20 words at 18 months to 200 words at around 21 months. Most words at this stage refer to objects or persons (“car”, “dog”, “Daddy”), descriptive names (“red”, “good”, “yummy”) and events (“bye-bye”, “more”).  By around 18 months, the child starts to combine these single words into two-word sentences, often accompanied by gestures to enhance the meaning and intention of the utterance.  This is often known as telegraphic speech, since meaning is condensed into these short utterances.

Adults play a significant role in expanding the child’s telegraphic speech through frequent conversations in order to facilitate the child’s growing understanding of the social world. For example, parents can clarify the condensed meaning in a conversational way. Also, parents can engage in joint book-reading with the child, focusing on objects and actions in the pictures.