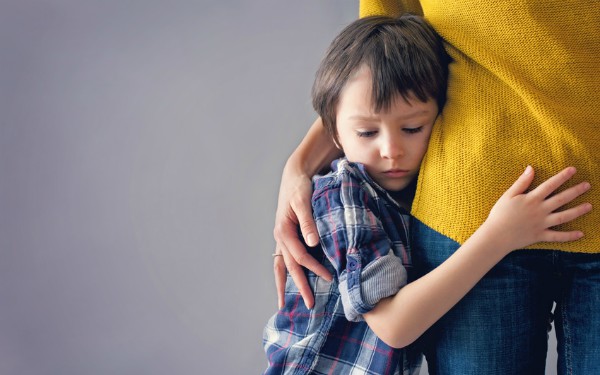 The underlying reason for the focus on women, however, needs to be explored further as it is pertinent to child protection social work practice.

Within the UK gender is socially constructed. This means that we learn how to act like boys and girls from a young age, through interactions with those around us. From these social constructions, expectations are set for boys and girls, men and women.

No one is exempt from these expectations, and everyone within society contributes to their continuation; if we see someone acting outside of their stereotypical gender role, for example a man wearing heels and a dress, the reaction is often to stare, make comments to those you are with or maybe even say something.

We like to know what to expect from people, and if we are seeing something we don’t expect we want it to change. This social shaming and judgement (to meet the aforementioned expectations) is what keeps people abiding by gender roles, and it is insidious as it is silently maintained without force.

Parenting itself is gendered. For mothers, they are expected to put their children before themselves in everything. They are expected to raise children without complaint and maintain family cohesion. While there are many mothers who are employed, and this number is increasing, it is still expected that men go out to work. This means that they are not present to undertake the majority of parenting tasks. Men are often not considered the primary care giver and raising children is not deemed to be their domain.

Because of these expectations if a problem arises within the family, or in relation to the child, this is seen as the mother’s responsibility.

Issues arise when children’s services receive a referral for domestic abuse. Children’s social workers are focused on children because the Children Act 1989 states that the child is paramount.

Within child protection social work, because of the expectations set out for mothers and fathers, the mother and her parenting ability becomes the focus of the assessment rather than the perpetrator of the violence.

We expect mothers to try to prevent incidents, protect their children from violence and we expect her to choose her children over her partner. When social work attention and focus is only placed on the mother, it sends the message that she is the one expected to implement the solution. The mother becomes accountable for her child’s exposure to the domestic abuse, and this is known as failure to protect.

Social workers’ unconscious ideas about the expectations of mothers and often singular focus on the child means that the situation is viewed simplistically; the mother didn’t prevent the child’s exposure to domestic abuse, so she has failed.

However, the mother did not ask to be harmed and abused. She did not want her children to be exposed to violence. She could not and should not be expected to control a perpetrator of abuse, as she herself is a victim/survivor.

Yet we still focus on her ability to prevent her children’s exposure to abuse, rather than placing responsibility where it belongs; with the perpetrator. If he did not abuse his partner, the child would not be exposed to violence.

We see in most assessments that partners/fathers/perpetrators are not spoken to. Reasons often given are that he is unavailable due to working or being outside of the home, however, this would not be accepted if it was the mother who was unavailable – we expect to see her.

It is sometimes suggested that social workers are fearful of abusive men and therefore do not feel able to meaningfully engage them. Yet we expect mothers to be able to control their partners, or be able to leave abusive relationships when research states that little support is given to women leaving abusive relationships and that this is the most dangerous time for them.

As social workers, we need to be mindful of ‘failure to protect’ and its origins. We need to question why we are using it in the work we are doing and who it helps; does criticising the mother who is also a victim help the child in this situation? Or would holding a perpetrator accountable for his actions, with a plan for preventing it happening in future be more beneficial?

Further to this, we need to question the expectations and assumptions we hold and why we continue to follow them; are they actually making a positive difference to your assessment? View the family individually, without the expectations, and ensure responsibility lies with the person who enacted the behaviour.

Stacey Stewart is a PHD researcher at Nottingham Trent University.