Child development from two to five years: communication and play

Adults play an important part in talking with the child, stimulating play and taking an interest in the child's games 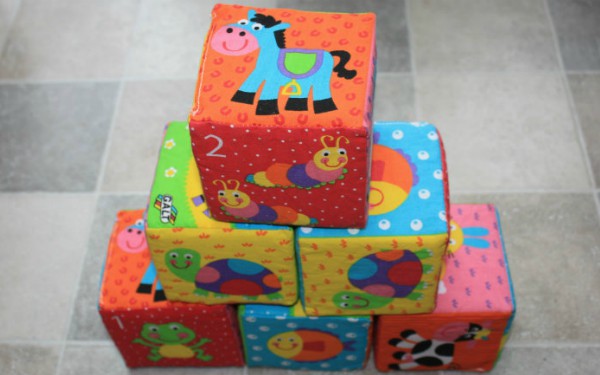 Adult discourse with the child is of crucial importance, whether in everyday communication or during story-reading and play.

By 24 to 27 months, the child is regularly producing three and four-word utterances. Their sentences are condensed and telegraphic (where meaning is condensed into short utterances) but there is evidence that they already understand some of the grammatical rules of their language.

Some sentences remain ‘ungrammatical’ but research indicates (eg Tomasello, 2000) that these are often logical errors since the child is applying rules, for example, in the use of the plural as in “mouses” or “sheeps” or in the use of the past tense, as in “I drinked”. By three years, speech is for the most part understandable to adults, whether in the family or outside in the community. Vocabulary by 36 months is around 1,000 words, sentences are longer and reasonable conversations are possible.

The mind-minded parent treats their child from the earliest years as a person with a mind. Such parents show sensitive attunement to the child’s inner thoughts and experiences, for example as shown in their imaginative play.

Adults continue to play an important role in stimulating play, creating a playful atmosphere and taking an interest in the child’s games. This enables the child to feel free to explore and discover at their own pace.

Toys play a crucial role in helping children to understand social rules, including gender awareness and the understanding of what is appropriate in the child’s social and family community. For example, Bruce (2010) recommends the use of puppets in nursery school to model such qualities as active listening and to help children reflect on their feelings. In one case, she introduced two puppets, Walt, a friendly green dragon, and Wilf, a cheeky wee boy. She began the lesson with a story about how the two puppets were feeling that day.

This was followed by a discussion about how the children would welcome the puppets into their games and help them deal with their feelings. The children quickly began to communicate through the puppets.

Sometimes play is a solitary activity and at other times it involves other children and adults. Social play with objects further develops intersubjectivity, or shared attention, a process that plays an important part in developing the child’s capacity to be aware of the thoughts and intentions of others.

These enjoyable, everyday experiences are crucial in forming the child’s cultural cognition. From around two years onwards, the child typically develops scripts to accompany pretend play and will enact stories about themes like shopping or cooking.

By three years, the child frequently engages in socio-dramatic play with other children where they act out roles, such as mummy and daddy, doctor and patient, pupil and teacher, princes and princesses, monsters and spacemen. By three to four years, children are able to adopt different roles and create a range of characters with different personalities and actions, often accompanied by dialogues enacted with appropriate differences in pitch and intonation. They also make playful use of language. Pre-schoolers love to tell riddles and jokes.

Where children have had deprived or disadvantaged backgrounds, there is evidence that their play is less complex and less frequent. Interventions such as play tutoring, enhanced by the provision of interesting toys, dressing-up clothes and other props, can compensate, as indicated by such studies as Leevers and Harris (1999) though later researchers (Smith, 2010) argue that general adult intervention and conversation with the children can be as beneficial as play tutoring in itself.

Majority of social workers looking to leave their job within the next 16 months, says new research
The journey to ‘outstanding’ revealed in the first Ofsted interview podcast