Cash-rich councils appear to have no more impact on people's lives than resource-poor authorities, an analysis of official data shows 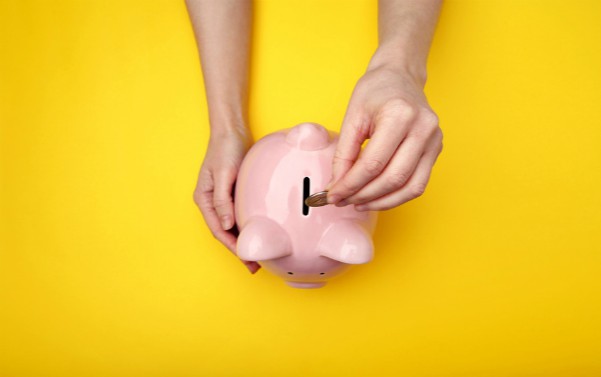 It is easy to rally support behind a call for more funding for social care. However, the belief that an increase in funding, even an increase of major proportions, would in itself solve social care’s ills is seriously misplaced. Major system reform is required before there can be confidence that increased funding would have the desired impact on improving people’s lives.

The annual activity and finance returns of councils published by NHS Digital demonstrates each council’s gross spend on people with continuing support needs and the number who receive long-term support throughout the year.

Dividing one by the other, the average spend per service user can be found and, once adjusted for regional price differences, provides us with the best measure yet of equity of provision. This is because the usual measure, spend per head of population, is much less reliable as the characteristics of populations vary so much.

Read more about the state of adult social care here:

As a result, we now have a quantitative measure of what has long been anecdotal evidence of a serious postcode lottery. In 2011, the Dilnot Commission found people with similar needs were getting “very different” levels of support and we can now put a figure on it – a quite shocking one at that.

It would appear the problem is simply size of budget, with the numbers of service users broadly similar for the two groups. But that is misleading as the highest spenders include large shire counties such as Hertfordshire, Wiltshire and Surrey, who served a combined adult population of 6.7 million people.

Meanwhile, the lowest spending councils include smaller urban communities, such as St Helens, Salford and Southend, which serve a population of 3.7 million people in total, almost half. This means that the highest spending councils had 12.7 service users per 1,000 population, whereas the lowest had to spend it across virtually double the amount of service users, 24.9.

The second factor at play is that the lowest spending councils serve not just smaller urban communities, but areas that are significantly more deprived. The much higher proportion of service users among the population shows, primarily, the effect of means testing. As wealth increases the number of service users goes down as more are excluded by the means test.

The overall effect is that the spend per head of population between the two groups is more or less the same. Councils serving the more deprived communities averaged £270 per 1,000 adults and the wealthiest £268. However, the very much higher number of service users of the councils serving the more deprived communities means that, not through choice, they are having to spread the jam much more thinly.

The level of inequity is shocking but, from a strategic perspective, it affords an opportunity to test a central contention of sector leaders.

If the system had all the funding it requires, it would be able to support people to lead the lives they want to lead, in the words of the Local Government Association’s recent green paper on adult care funding. If this is true, notwithstanding that their relative generosity is for nefarious reasons, we must expect the most generous councils to achieve significantly better.

The national returns from NHS Digital include surveys of service users about their experience of services. Among the range of questions asked, there is one that arguably most directly tests whether their support is enabling people to lead “the lives they want”. This is the extent to which the services they are receiving are improving the person’s quality of life.

The story is similar with other measures of how service users experience their support. For example, 83% service users from the highest scoring council said they were satisfied with services, while the one that scored the least only had a 47% satisfaction rate.

The highest spending councils averaged 65.5% and the lowest spending scored 63.9%. Although satisfaction levels are higher for councils who spent more, the difference is not of the order expected as a result of such great differences in spending.

This begs the question of whether the level of funding is, in itself and without other action, the key to better user experience.  If all councils spent the same as the highest, it would total £8bn. However, it could be argued that, while more support could undoubtedly be provided by increased funding, it would not bring about the lives people want.

Many will instinctively reject this conclusion – it is indeed counter-intuitive – but there is evidence to support a narrative that makes sense of it.

When need is defined by what people cannot do rather than the what they aspire to, the resulting support has a depressing effect. Last year, market research company Ipsos Mori reported an extensive study of the impact of unmet need on wellbeing, which produced surprising findings.

The report found that getting help with practical, daily living tasks of the kind the eligibility process favours was far from always welcomed by service users. It said it could undermine the person’s “sense of resilience and independence” that was “associated with positive well-being, even in the face of unmet need for support with particular tasks”. Equally, people placed greater value on the type of social and leisure issues the eligibility process relegates to being mere wants for which councils say there is no public responsibility.

More money alone is not the answer

The message to take from this evidence is plain: the case for extra cash now to keep the current system afloat may be strong but increasing funding as the way to deliver long-term sustainability without fundamental system reform will be throwing good money after bad.

A system so grossly unfair and ineffective as our social care system is a system that is in very poor condition. No one should be lulled into believing that the individual success stories of people who design and manage their own support system shows the system to be in good condition. They are people with the exceptional levels of skill, energy, time and confidence that enable them, with the blessing and support of their councils, to escape the mainstream system.

Although this group provide a steady stream of eye-catching success stories, they remain a very small minority whose template cannot be replicated by the vast majority.

Social Worker of the Year Award winners revealed
‘Crises all seem to happen at the same time’: a day in the life of a social work department