Talk about what social workers do, not where they sit

Camden council introduced agile working, which includes hotdesking, almost five years ago for children’s social workers. Martin Pratt, director of children’s services at Camden Council, explains how they have made it work 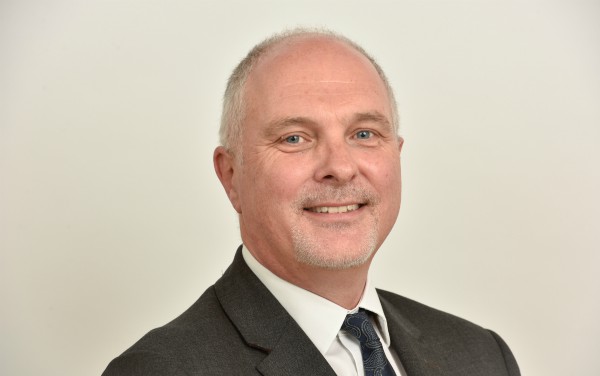 Hotdesking is, and always has been, a very contentious issue in social work. But, in my opinion, it is often the lightning rod for more fundamental, deeper issues. The sense that some employers neither understand or value social work itself.

I’ve worked in places where I’ve had the same desk for years at a time; I now hotdesk alongside my staff in Camden. In my opinion there are pros and cons to each.

Yes, I admit that at times I wish I wasn’t quite so nomadic. But I also remember having my own desk with an in-tray piled so high it needed serious archaeology to get to the bottom of it because there was never any reason to throw things away.

We sat in our own, segmented teams and had no concept of where other teams were placed, even those we were on the phone to regularly, because we rarely met or spoke to them in person.

In Camden we made the shift to agile working in 2014 and I have no doubt my social workers probably still have divided opinions over whether they like it or not.

However, we have no problems recruiting and retaining staff and the issue of hotdesking has never been raised as a major problem.

I believe this is because hotdesking here was accompanied by a move to a new building in the heart of London that was designed to embrace ‘agile working’ not just ‘hotdesking’. We now use the same approach in our other buildings too. 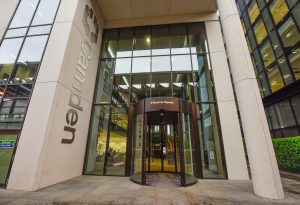 It’s an important distinction because it was never just about reducing the number of desks and buildings, although we have done that. The new building design took into account the needs of workers and we had clear purpose and thought behind it. It also coincided with developing a clear practice model which celebrates excellent social work.

We wanted to overcome some of those traditional problems around communication between sectors and professions and increase active collaboration.

We wanted staff to be given the choice as to where they sat based on the task they were doing or their needs at the time. An essential component was identifying a confidential casework zone.

So, if a social worker wants to work with a coffee in hand or do some research, they can sit down near the café. If they need to engage with other teams, they can always find space to do that. But if they need to be in a confidential area or need other social workers around them then we have a ‘home floor’ where the multi-agency safeguarding hub (MASH) is located and where all the team meetings also take place.

They all have a fixed locker on the home floor which is large enough to fit in the equipment, books or the other stuff you need but don’t want to drag around.

I, and other senior leaders including the chief executive of the council, also hotdesk alongside our staff. This means I’m available if they need me but more importantly it shows we are all committed to this new way of working. It’s not one rule for me and another for frontline workers.

Finally, probably the most important element to get right with agile working is to ensure workers have decent equipment. Decent laptops, smart phones, tablets and reliable remote working infrastructure are vital if you are expecting social workers to be able to work from wherever they are.

I absolutely agree that hotdesking shouldn’t be contemplated if you work from a deficit model and your social workers have high caseloads, poor support and a grim working environment. If you do, then the introduction of hotdesking will simply become a daily illustration of the lack of value the organisation places on social work.

Staff need to feel supported no matter where they are

The key point is that we have never thought about hotdesking on its own but rather the environment that we create for social workers to carry out the work we need them to do. Social work is actually a very mobile and collaborative profession so we’ve sought to create an environment where it can flourish and staff can feel supported no matter where they are.

If you maintain this as your firm focus, then I think it is possible to re-think, even re-imagine, how and where social workers sit and where they do that work.

I suspect hotdesking will continue to be a perennial and divisive issue for social work but I, for one, would much rather talk about what social workers do, rather than where they sit.

Social work not compatible with hotdesking say 86% of social workers

What is social work? Championing those who have no one else to do so
Working with parents of looked-after children: key tips for social workers

9 Responses to Talk about what social workers do, not where they sit