Sharon Allen: ‘Cuts have had a massive impact across social work – supervision and learning are often the casualties’ 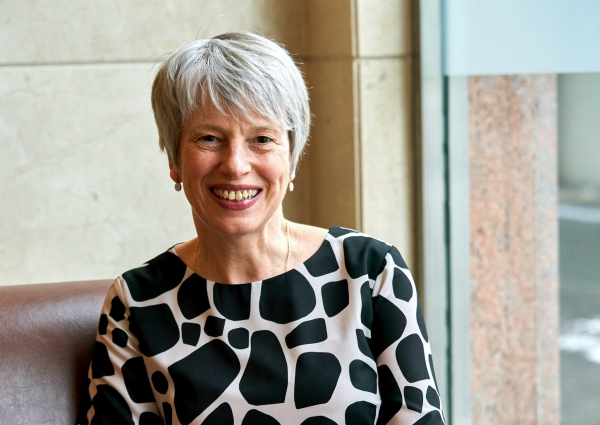 Once a newly qualified social worker, departing Skills for Care chief executive Sharon Allen understands the importance of supporting practitioners at the beginning of their careers.

Starting as a community development social worker with Nottinghamshire council, Allen has since gone on to occupy a number of leadership roles in social care and housing in a career spanning over 30 years.

However, she is still able to recall how she felt during her first few days as a NQSW.

“You come out of university with your degree – obviously you’ve done your practice placements – and then you are kind of in the role… and it is like “oh my God, here we go”

“We didn’t have the Assessed and Supported Year in Employment (ASYE),” adds Allen, who leaves Skills for Care today after nine years as chief executive

Under the ASYE, new practitioners should receive regular supervision, training and development with protected time to carry this out, regular reviews of progress and a final assessment to determine whether they have been successful or not.

The programme supports just under 2,750 NQSWs each year to build confidence and competence, so they meet the standards of the government’s knowledge and skills statements (KSSs) for adults’ or children’s practitioners.

Allen believes that the programme is now recognised as an important part of the first year of practice and is valued by employers.

In March 2018, Skills for Care was once again given the responsibility of co-ordinating the children and family ASYE after it won a government tender worth £1.6 million; the contract runs until March 2020. Its role, across both children’s and adults’ programmes, is to provide funding to employers, offer guidance on delivering the programme and support national consistency of assessment.

Skills for Care recommends that supervision is given weekly in the first six weeks of the ASYE, then fortnightly up to the six-month mark and monthly for the rest of the year.

However, a Community Care survey last year found that nearly three-quarters (74%) of social workers had three hours or less supervision a month on their ASYE; the most common amount of supervision being between 1.5 and three hours a month.

In addition, Skills for Care’s National Moderation Panel, which moderates employers’ assessments of the ASYE, found, in its March 2018 report, that “the frequency of supervision was not in line with” the KSS Programme’s guidance for the adult’s ASYE, with some NQSWs saying formal reflective supervision had been replaced with “ad hoc” informal sessions.

Allen says this reflects the impact of the government’s cuts to local authorities, which began in 2010, the year she joined Skills for Care.

“Cuts have had a massive impact across the whole of social work and social care and, unfortunately, things like supervision and investing in learning and development are very often the casualties of those cuts because people see them as ‘the nice to dos’ rather than ‘the must dos’.”

She says performance targets and the workload pressures on supervisors are two of the reasons for reduced levels of supervision.

“[However], that time for reflective supervision, where you can talk through your practice and get some guidance and feedback with a more experienced practitioner, is absolutely crucial. But, I understand the pressures that people are under.”

Among initiatives to enhance supervision on the child and family ASYE is a training programme Skills for Care offers to ASYE leads and supervisors in facilitating action learning sets for their NQSWs, which involves small groups of practitioners coming together to discuss and solve problems together.

On the adults’ side, Allen points to the post-qualifying standards for social work supervisors published last December. They contain 40 statements setting expectations of practice supervisors in a number of areas, including; demonstrating and modelling social work values, knowledge of legal frameworks, fostering strengths-based approaches, understanding of power dynamics and capacity to influence their organisations to promote a healthy practice environment.

Community Care’s ASYE survey also found that almost half of social workers on their ASYE had not been given a protected caseload despite being promised one.

Following the survey, the learning and development lead at Shropshire council children’s services told Community Care that, although it was challenging to protect caseloads, without it the programme would fall apart.

Skills for Care’s ASYE guidance says NQSWs should have protected time and Allen says it will continue to work with employers to improve the situation for participants.

However, she says the organisation would stop short of telling councils how they should run the ASYE.

It’s not our place to tell local authorities what level of caseload [they should allocate to ASYE participants.

“But it’s a conversation that needs to be continued about what you can expect and how you can support your workforce, so that people can practice well and practice safely.

“It’s about finding that balance,” she adds.

Allen adds that her team is “constantly engaging with the sector” to find ways of improving the adults’ and children’s ASYE and has worked closely with two chief social workers, Isabelle Trowler (children) and Lyn Romeo (adults), to achieve this.

The organisation’s decision to bid for the children’s ASYE contract is representative of how Skills for Care has looked to generate extra income and explore alternative revenue streams in recent times, following a continued reduction in government funding not tied to specific contracts.

“Receiving less money is never an easy thing to manage and we have had to do some restructuring… but we didn’t just say, ‘we have to make cuts’, we said, ‘we’re going to have to make some cuts and we’re going to earn money from other sources’,” says Allen.

“We took the decision to engage in social entrepreneurial activity and deliver work for organisations other than the DHSC, so we could keep investing in the sector.

“It hasn’t been easy, we had to do quite a lot of work to help people understand the rationale that we weren’t suddenly becoming some sort of ‘private sector organisation’, and this wasn’t about earning money for individual benefit, this is just for the sector.”

In particular, Allen says data collected by the organisation, and the reports produced around these results, have become valuable resources in the pursuit of alternative revenue. This includes the National Minimum Data Set for Social Care (NMDS-SC), which holds data on the adult social care workforce supplied by employers. It is used to generate a number of national and regional reports, and provides an online dashboard so that employers can benchmark themselves on measures including pay, vacancy rates and turnover.

Giving an example of how data has been used to generate revenue, Allen says: “A local authority recently commissioned us to provide them with information about the economic contribution it made to their local area because they wanted to use that to talk to their economic development team – we’ve done other things like that”, Allen says.

The organisation is also delivering paid-for seminars, which focus on presenting Skills for Care’s work and reports.

Allen believes the organisation’s stock has risen considerably with employers, putting them in a strong position.

“Lots of people come to us now and want the SfC badge on their products and we can actually be selective about who we say ‘that’s a good fit’, and those who we say no to – we don’t give it away lightly.”

Allen says the same is true of the organisation’s relationship with the DHSC, for which it is the primary delivery partner for leadership and workforce development in adult social care.

“Our relationship with the DHSC has improved because they can be confident that, if they ask us to deliver a programme of work, we do it and we do it within the finances that they provide us.

“We are not difficult, we don’t overspend, we don’t not deliver on things and our other partners, like Health Education England, the Association of Directors of Adult Social Services and the Local Government Association, all have confidence in us.”

She says the organisation is now in a “very strong position” heading into the future, as she leaves to take up the post of chief executive of the Cambridgeshire-based Arthur Rank Hospice Charity.

“From the feedback I’ve had from people, [I think] people now look to Skills for Care for leadership and workforce development.

We don’t please all the people all of the time, that’s impossible, but most people working in the sector have a good strong cooperative relationship with us and that’s because we deliver.”

“We have not cracked that, and it’s got worse. We all know the reasons why; pay, status and the image of the sector all remain key issues for employers looking to recruit staff.

Allen says that Skills for Care is helping employers with their recruitment and retention issues by making sure they can access tools, such as values-based recruitment.

This allows employers to find employees who have the core values which mean they are much more likely to stay in their jobs.

Despite continuing problems around recruitment and retention, Allen is encouraged by the growing publicity around social care issues, describing the social care agenda as much “higher up the political radar”.

Helping people to understand the role of social care professionals and showing how they are highly skilled are two important parts of tackling the problems, according to Allen.

“When I’m speaking at events, I’ll say to the audience, how many of you have got children, and lots of hands go up. Then I ask how many people would encourage their children to think about a career in social care and there are a lot fewer hands.

“We need to change [these attitudes] and show that people see social care as a career of choice, a career where you can progress because you can. We’re just not very good at talking about it.”