Is anyone asking why social workers are ‘failing’ to be resilient?

We need to rethink concepts of resilience beyond the notion of individuals withstanding or bouncing back from adversity, argue Diane Galpin, Annastasia Maksymluk and Andy Whiteford 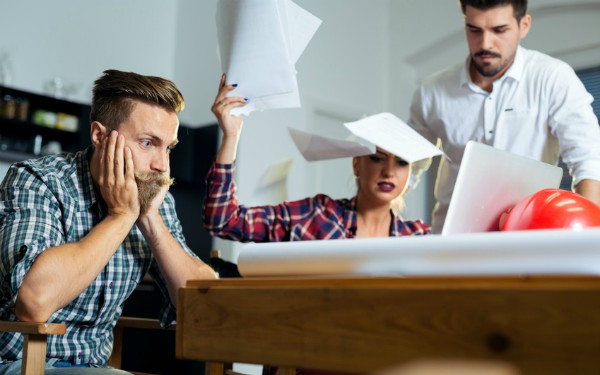 This article originally made reference to Sir Martin Narey’s 2014 report of his review of children’s social work education, saying that it demanded that “social work education dispense with its analysis of poverty, social exclusion and the political nature of the ‘personal’ as a foundation on which to intervene in people’s lives”.

The Narey report did not make such a demand. It did criticise the teaching of anti-oppressive practice in social work education but said: “I am not suggesting that the role of disadvantage and inequality in exacerbating poor parenting and child neglect or abuse should not be discussed at university. But it is vital that social work education for those working with children is not dominated by theories of non-oppressive practice, empowerment and partnership.”

As well as carrying out this review, Sir Martin was chief executive of Barnardo’s from 2005-11 and was for three years the chair of the End Child Poverty Coalition. We apologise for this error.

Last year we undertook research on the place and meaning of resilience in social work practice. This stemmed from anecdotal information from practitioners, who suggested resilience is a term used to divert attention away from failures within the system caused by significant structural and organisational issues.

Our research is timely given recent reports in respect of retention rates, which might suggest to some that practitioners are not demonstrating ‘enough’ resilience once in practice.

These results may also reaffirm the importance of resilience as both a professional capability and a regulatory requirement under both the current HCPC framework and the incoming Social Work England.

But is anyone asking why social workers are ‘failing’ to be resilient?

Our initial findings provide some insight into the nebulous nature of resilience, which currently lacks a clear positive definition. They also highlight how practitioners are interpreting it to fill the void in meaning and application that exists within regulatory and organisational contexts. They suggest ‘resilience’ is being used in professional settings as a metaphor to blame individuals for not coping with ever-increasing workloads, ever-diminishing resources and significant political, structural and organisational failings.

We used a short online questionnaire to gather professional views and opinions. Participants were self-selecting in terms of age, gender, level of experience, ethnicity and geographical location.

A total of 506 participants responded to the survey, 97% of whom were HCPC-registered. They were aged between 21 and 75, with about one quarter each in the 25-34 and 35-44 age groups and one third in the 45-54 bracket. In keeping with the profession as a whole, 88% of participants identified as female and 12% as male.

Six in 10 respondents had between zero and 10 years’ post-qualifying experience. Almost two-thirds (64%) qualified via traditional bachelor’s and master’s degrees, with a further 8% having arrived via one of the new fast-track routes such as Step Up, Frontline or Think Ahead.

When asked about how their employer defines resilience, participants appeared to have limited knowledge. Fifty-two per cent of responses were based on individual experience in practice rather than organisational policies, with responses such as “not going off sick” or “never complaining about increased workloads”.

The remainder (48%) gave responses such as “unclear”, “unknown”, “it doesn’t” or “I don’t know”. This is representative of the general tone of responses to this question, though there were a few who provided a more positive view, which related to their manager providing support.

Participants were also asked what they understood by the term ‘resilience’. Our analysis overwhelmingly revealed an embedded belief that resilience relates to responding to adversity, a basic dictionary definition of which alludes to a difficult or unpleasant situation.

Comments from participants repeatedly refer to attributes that an individual innately has or must develop; for example the ability to recover from setbacks, bounce back or withstand, or to develop coping mechanisms. A significant theme in the responses indicates a belief that whatever the difficult or unpleasant situation is, it should be borne on an individualised basis.

Participants also referred to the ‘emotional’ nature of their work: managing their own emotions and/or managing the emotions of service users. Many felt they need to compartmentalise these emotions.

This was indicated with comments such as “being able to emotionally support yourself to have a shield against stresses”, “using emotional intelligence to regulate yourself and protect yourself from harm”, and “working hard to not become emotionally involved”.

A noticeable proportion of respondents could not specifically identify where and/or to what extent resilience is linked to their practice, while others signalled it was associated with all aspects of their practice experience.

Interestingly this question also reveals how and to what extent the concept is being applied to direct work with children and family safeguarding, to a lesser extent in fostering and adoption work and with some mention of adult work in relation to mental health and safeguarding. Practice in this regard appears to be organised around building and strengthening the ‘resilience’ of individuals, their networks and relationships.

Our aim with this project was to give a voice to social workers to challenge and inform current practice. We wanted to provide social workers with an opportunity to tell us how it really is, to go beyond the rhetoric of resilience to establish the reality in contemporary practice.

Respondents clearly understand ‘resilience’ is a regulatory requirement. But it is also apparent there is a lack of structural or organisational clarity in defining what this actually means, and suggesting how this might be met, or achieved, beyond individual social workers managing themselves. This has created a void that practitioners are filling based on their experience in practice.

The discourse in relation to resilience and social work practice consistently refers to the idea of an innate strength or capacity available to humans enabling recovery from trauma and stress, and the development of an approach to practice that seeks to identify and strengthen individual coping strategies in isolation from the political and organisational contexts of practice.

These interconnections have become acknowledged as a central organising feature of an individualised depoliticised ‘resilience framework’, which then guides social workers in applying resilience in their practice with those who require services.

But by not accounting for factors arising from wider political, structural and organisational frameworks, which shape practice, the apparent one-dimensional individualised experience of ‘resilience’ has the potential to construct oppressive practices, which veils wider issues.

The insights provided by practitioners in this research suggests there is a need within both social work practice and education to re-prioritise a critical and informed response to resilience as part of relocating professional practice within a much broader context than individualised frames of reference.

Diane Galpin, Annastasia Maksymluk and Andy Whiteford are social work academics based at the University of Plymouth.

38 Responses to Is anyone asking why social workers are ‘failing’ to be resilient?