Assessor was intent on reducing woman’s hours, did not consider her fluctuating needs and used her failure to recruit a PA to justify cuts to care package, finds watchdog 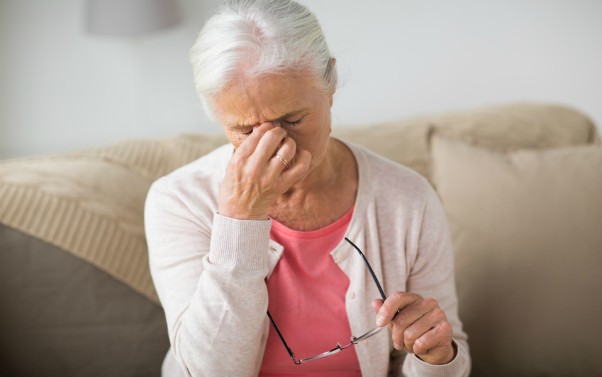 The local government watchdog has slammed a council for causing “considerable distress and harm” to a disabled woman following a 60% cut in her care package carried out by an assessor intent on reducing her hours.

The Local Government and Social Care Ombudsman (LGSCO) found that the cut by Bolton Council in Ms X’s care package from 67 to 25 hours a week left her unable to keep herself safe and properly medicated at weekends, harming her health and wellbeing.

She recorded having 75 accidents over the 12 months after her care was cut.

Ms X, who lives alone, is registered blind and has numerous health conditions and disabilities, was subject to an assessment carried out by a practitioner with no training in visual impairment who intended to reduce her hours before meeting her.

The assessor did not listen to her, and did not consider her fluctuating needs and the cumulative impact of her health conditions, despite clear information on this being provided by Ms X and her personal assistant (PA) and in previous assessments by a social worker and OT.

The ombudsman also raised concerns that other service users “had similarly been caused significant injustice” by the council.

In 2015, the council assessed Ms X and gave her a personal budget to provide 67 hours of support for which she received a direct payment. She used this to employ three personal assistants (PA), and was also receiving support from her daughter, who lived with her at home, at the time

However, when her daughter moved out, Ms X tried to find another PA to provide support at weekends and evenings but had no success. She informed her social worker of this and said agency B, whom the council had contracted to provide this support, had been difficult to contact and identified candidates who were not appropriate.

As a result, Ms X went without the evening and weekend support she had been assessed as needing, and the money that was allocated for this built up in her direct payment account.

In May 2017, Ms X was admitted to hospital for surgery. During this time one of her two remaining PAs left, leaving her without weekend and evening support.

Following her discharge, she was readmitted twice after her stitches burst, the second occasion resulting in a spell in intensive care and several weeks in hospital.

Ms X attributed both readmissions to the lack of support at home.

After she returned home the third time, she was told not to lift anything heavier than a mug, but without evening and weekend support she had to make her own meals during this time. While a family member covered one of the PA vacancies for a while, this arrangement then broke down.

A fresh assessment of Ms X’s care needs was carried out after her time in hospital. The case was started by a social worker but, following illness, was transferred to Officer 1, who was an experienced assessor but had no training in visual impairment.

In October 2017, the day before her first visit to Ms X, Officer 1 made an internal call to check the process for reducing a person’s care hours. Ms X reported that when Officer 1 visited the next day, she told her that her care package would be cut to four hours a day, though Officer 1 did not recall saying this.

Officer 1 visited Ms X several times and asked her to complete a self-assessment form. As a result, Ms X said she had to use some of her care hours so that her PA could help her with the assessment process, leaving her even more short of support.

In November 2017, Officer 1 recorded that Ms X had not requested support in mornings, evenings and the weekends – when she did not have a PA to support her – and that she had managed with 17.5 hours a week rather than the 67 she was being funded for.

The officer also said that as Ms X had not by then completed the self-assessment form – which Ms X said was because of a lack of support – she had failed to provide the council with the necessary information to assess her needs “fairly”, so “we will now finalise the assessment with the revised hours”.

In December 2017, Officer 1 wrote to Ms X saying that the 67 hours of care she received would be reduced to 25 hours from February 2018, with a surplus of £16,000 in her direct payment account evidencing an “over allocation” of hours.

Ms X received a copy of the assessment and found it was “contradictory, highly inaccurate and misleading”, omitting much information that she had given Officer 1 and an OT she also saw during the assessment.

She complained to the council about the assessment but this was not upheld, though the ombudsman identified problems with Bolton’s response to Ms X’s complaint, in February 2018.

For example, the complaint response said that Ms X was not known to speech and language therapy, and there was no evidence to support her claim that her needs had deteriorated.

However, the ombudsman noted that the council records showed that she was known to speech and language therapy and contained evidence that her needs had deteriorated.

The reduction of Ms X’s care package caused her significant problems. She recorded a log of 75 accidents that she had over almost a year from the reduction, including numerous falls, causing bangs to the head, brusing and sprains, burns while cooking and several cuts from broken glass and knives.

The council has accepted all of the ombudsman’s recommendations, which included that it: