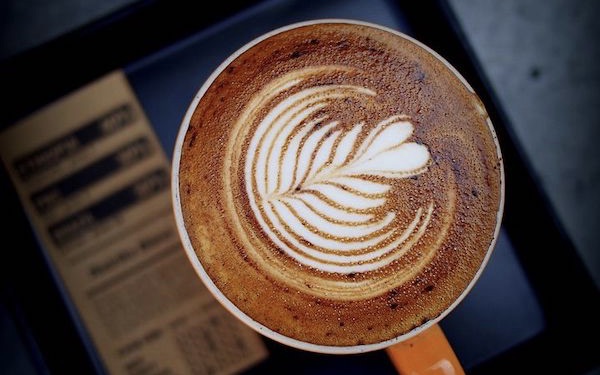 The What Works Centre for Children’s Social Care has caused a stir on social media after posting details of a new study exploring whether “access to free, high-quality tea and coffee” reduces social worker sickness rates.

The randomised control trial, added to the What Works Centre’s site last week, will see coffee machines installed in the kitchens of buildings accommodating social workers, in numbers large enough to ensure easy access for staff.

“A laminated note will be attached to the side of the coffee machines, addressed to the social worker teams in the building, explaining that it is a token of thanks for the ‘compassion, integrity and dedication they display in their service to the children and families in the region,” the project documentation said.

It added that the experiment was designed to help social workers feel valued, and increase their sense of belonging, motivation and positive feelings towards their employer.

Many studies have highlighted the high levels of stress and burnout social workers experience, especially in children’s services, where annual turnover was 15.2% across English local authorities in 2017-18.

“Research suggests non-cash rewards which emphasise recognition for employees’ efforts can produce disproportionately large effects given the monetary cost, and therefore might be effective in boosting staff wellbeing,” the What Works Centre’s project documents said.

More on the What Works Centre

The trial will take place over six months to July 2020 at Kent and Sandwell councils, with all practitioners at or below the level of team manager given daily access to a choice of tea or coffee.

Only certain buildings housing social workers will be included, in order to test the impact of the free beverages without sparking office warfare.

“Randomising at the building level was designed to mitigate the potential negative spillover effects in the social workers who did not have access to the coffee machines,” the project documents said. “[It] also recognises the practical challenge of stopping participants in the control group from using a coffee machine installed in their building.”

The documents acknowledged that the initial two-council study size was likely to be “underpowered” but said more authorities could be added depending on initial results.

The latest project from the What Works Centre, which has been established to build an evidence base that informs best practice, predictably caught the attention of the social work community on Twitter.

Lisa Morriss, editor of the Qualitative Social Work journal, questioned whether the project was a spoof, adding that it was “unbelievable” and professing herself speechless.

It is absolutely unbelievable.

Mark Baldwin, of the Social Work Action Network, criticised the study for its “stupidity and wastefulness”.

This ranks with the million $ research project looking at why people try and escape from prison for stupidity and wastefulness.

Meanwhile Surviving Safeguarding, a social work trainer and mother who has gone through care proceedings, suggested the money being spent on the trial could be better spent reopening Sure Start centres.

Hi @whatworksCSC – instead of providing tea and coffee for paid employees, is there any chance you might fancy redirecting the money towards reopening SureStart centres for families in poverty who are struggling?https://t.co/WndZF1EbVH

“I’m one of the biggest advocates for self-care and wellbeing in social work there is, but this is ludicrous when families are on the bones of their arses,” she added. “The majority of the social workers I work with just want more time to build relationships with families and young people.”

It's absolutely patronising. We need more staff, less paperwork and much less arse covering processes. Give us the time to build relationships and provide actual support. Maybe even throw in some positive reinforcement and appreciation in supervision @whatworksCSC

But Dez Holmes, director at Research in Practice, who described herself as a “three-cafetieres-a-day-woman”, disagreed, saying decent coffee should be a “human right” and that the study should not be seen in isolation.

Yeah, I see they’re getting a bit of stick for it… I guess people think it sounds frivolous? Not totally fair imo; they are also doing studies on supervision etc which will be really insightful.
Personally, I think decent coffee (much like FGCs) should be a human right!
☕️

Michael Sanders, the executive director at the What Works Centre, said the study was one of a number of small projects around supporting social workers in the workplace being run by the centre under the title of Healthier Happier Professionals, and that it was based on consultation with 20 local authorities.

Hi K, I definitely don’t think that’s all that’s needed! This idea (and a bunch of other things that we’re doing in this space as @dez_holmes says), came out of consultation with 20LAs inc lots of SWs. Might not work but we’re trying to do something +ve with what we’ve got.

A What Works Centre spokesperson told Community Care the organisation was still in the early stages of setting up the study and that no coffee machines had yet been purchased.