Nadhim Zahawi talks up improved Ofsted ratings, impact of social work accreditation and plans to roll out innovative practice across country, despite concerns over funding gap 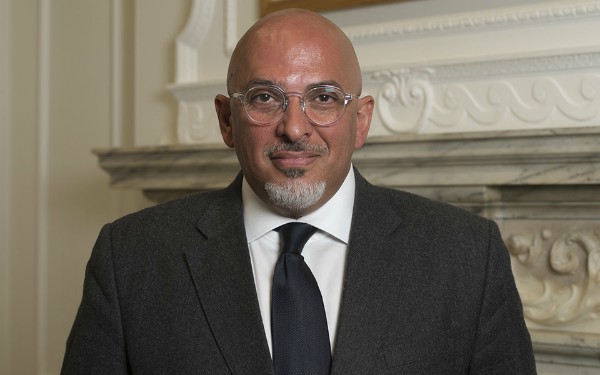 Children’s minister Nadhim Zahawi, who spoke to Community Care this week, is keen to convey that the government has a plan for children’s services, and that plan is working.

In the years before the 2016 Brexit referendum, the government had made children’s social care reform a top priority through the introduction of fast-track training under Frontline, investment of £300m up to 2020 in new ways of working through the innovation programme, and plans to accredit all practitioners and take failing children’s services out of local authority control to be run by not-for-profit trusts.

Since then, the DfE’s record looks shaky. Having issued an ambition, in July 2016, to ensure by 2020 that “all vulnerable children, no matter where they live, receive the same high quality of care and support, and the best outcome for every child is at the heart of every decision made”, it subsequently revised that back to 2022.

The target to accredit all children’s social workers by 2020 under the national assessment and accreditation system (NAAS) was abandoned in 2017, and replaced with an ambition for 1,200 practitioners to go through NAAS by the end of 2019, just 4% of the total.

When Zahawi became children’s minister in January 2018, the role was downgraded from minister of state to junior minister level.

And in the context of substantially increasing numbers of child protection and children in care, spending watchdog the National Audit Office said in January 2019 that the DfE did “not fully understand what is causing increases in demand and activity in children’s social care”.

However, sitting down with Community Care yesterday at the Association of Directors of Children’s Services annual conference, Zahawi says the government is still doing “a lot to lift the whole system”, and that its reform programme is working.

He points to the improvement in Ofsted ratings over the past year, with 46% of children’s services rated good or outstanding as of March 2019, up from 38% in March 2018.

While progress on accreditation appears to be slow – Community Care reported in May that just 300 social workers were due to have been assessed by the end of that month – Zahawi is buoyed by feedback he has heard about NAAS. He says a focus group of social workers had told him it had been beneficial for their personal development and employers like it.

Despite evidence of low take up of the scheme, Zahawi insists: “The best way to do it is to carry the workforce with you, if employers say it is a good thing which is what I’m hearing…that is the best way to grow something.”

He says the government’s ultimate aim is to “make sure that the workforce is all assessed and accredited”, with a national rollout due to start next Spring.

Zahawi is also keen to talk up the government’s programmes to share and scale up good practice, focused on keeping families together and children out of care.

This includes the strengthening families, protecting children programme, under which £84m will be spent from 2019-24 scaling up three local authority models – Leeds’ family valued programme, North Yorkshire’s no wrong door and Hertfordshire’s family safeguarding – to 20 other authorities.

All three models were funded through the innovation programme, which ran from 2014, and Zahawi sees this as using the legacy of the programme outside of those places that received the investment.

The money for strengthening families, protecting children was announced by Chancellor Philip Hammond in the October 2018 Budget, and Zahawi says this was the result of the DfE showing the Treasury the evidence.

“When I looked at the Leeds model, the bulb went off in my head to say if we can go to the Treasury and say: ‘We’ve kicked the tyres on this model, can we have some money to scale this up?’. We looked at No Wrong Door [in North Yorkshire], we looked at the Hertfordshire model and did the workshops so we could take it to the Treasury and say ‘actually these things work’,” Zahawi explains.

Zahawi sees the scaling up process developing its own momentum.

“Human beings are very good at mimicking, but you have to reach a tipping point before people begin to believe. So my view is if you can scale from three to another 20, and I am fairly confident we will do well and demonstrate to the Treasury and the world that the 23 become a really humming [example of] whole system change, I can say: ‘Give me some more money and we can do another 20’.”

Besides the strengthening families, protecting children programme, the DfE is also investing £15m over the next year across 48 areas, in family drug and alcohol courts, family group conferencing and the Mockingbird family model, focusing on tackling the causes of children being taken into care. This is known as the supporting families: investing in practice programme and will be overseen by the What Works Centre for Children’s Social Care, who will gather evidence of the effectiveness of the different initiatives.

These investments amount to £100m over over five years. While last year’s Budget also offered children’s services a share of £410m for 2019-20 to tackle pressures on children’s and adult social care, this is all small fry next to the £3.1bn in extra annual funding that the Local Government Association (LGA) estimates children’s services by will need by 2025 to stand still.

The LGA say this gap reflects the 158% hike in annual child protection enquiries from 2006-7 to 2017-18, a 25,000 rise in  children on child protection plans over that time, and record numbers of children in care, amid substantial cuts in government funding for councils since 2010.

The government had been due to carry out a full spending review this year, reporting in the autumn and setting out public expenditure plans for three years. But the uncertainty over Brexit means that this may only be a one-year exercise rolling over 2019-20 spending limits into 2020-21.

ADCS president Rachel Dickinson raised this issue, with Zahawi sitting alongside, in her speech to this week’s conference.

“It seems increasingly likely that the spending review won’t be any kind of review, rather a roll-over delivering a further one-year settlement only,” she said. “So it seems unlikely that we will get a settlement that plugs the £3.1 billion pound gap…”

Making the case on funding

Zahawi says he can’t say what the spending review will deliver but he is collecting evidence to make the case for a lasting funding settlement for children’s services.

“We will be making a strong argument that we’ve seen population grow, demand grow, the pressures on children’s social care coming from drug and alcohol abuse, domestic abuse, mental ill-health, unaccompanied asylum-seeking children,” he says. “These are huge pressures on the system and I am incredibly grateful to those who have been working with us to get a good handle to put the best possible evidence in front of the Treasury so we can argue for more funding.”

Dickinson concluded her speech with a message to the minister seated next to her: “This is our watch and it is on our watch that we must work with partners to encourage and enable a more inclusive, child focused, education, health and care system. But we can’t do it on a shoestring and we can’t do it fighting with one hand tied behind our back.

“Minister I know you will agree with me when I say we want all children and young people to thrive not just survive, in a country that works for all children.”

While Zahawi may well agree with this assessment, and appears optimistic about the prospects for the sector and for children, he is a junior minister in a government about to undergo a change of leadership in the most politically turbulent of times. In that context, his optimism may be difficult for social workers and their managers to share.