Legitimate free speech or views incompatible with social work: an analysis of the Felix Ngole case 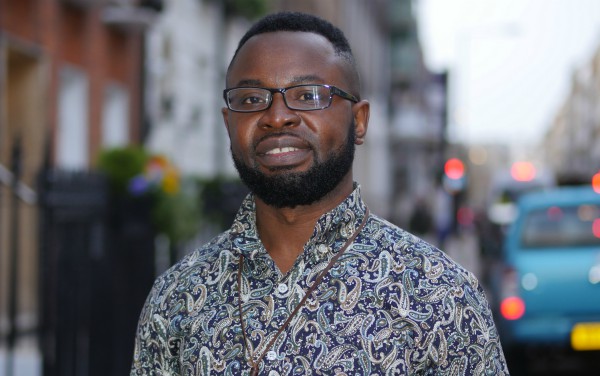 Facts of the case

The student in question, Felix Ngole, had enrolled on the course in 2014 as a mature student. He was described as being a “devout Christian” who held to the literal truth of the Bible.  In 2015, he posted a series of comments on his Facebook account in relation to a prominent news story concerning an American registrar who had refused to issue marriage licenses to same-sex couples because of her Christian beliefs. His comments included the following:

He also included a number of Biblical quotations, some of which contained strong language.

The posts were brought anonymously to the attention of the university by another student. Following an investigation, the case was referred to the university’s fitness to practise committee. The committee found that Mr Ngole had been in breach of the professional requirements to keep high standards of professional conduct and ensure that his behaviour does not damage public confidence in the profession. He was therefore excluded from further study on the course.

More on this case

Mr Ngole appealed to the appeals committee of the university senate, its chief academic authority. The appeals committee concluded that the decision was correct and since he lacked insight into the problems caused by his postings, lesser penalties were not appropriate. Mr Ngole made a separate complaint to the Office of the Independent Adjudicator for Higher Education, which concluded that the correct procedures had been followed and there was no evidence of bias.

In 2017 Mr Ngole brought judicial review proceedings against the university. The High Court dismissed his challenge. He appealed this decision to the Court of Appeal.

Article 9 of the European Convention on Human Rights (ECHR) provides that everyone has the right to freedom of thought, conscience and religion. Interference with this right is only permitted if the public authority can show that the action is lawful, necessary and proportionate in order to protect:

Article 10 of the ECHR provides that everyone has the right to freedom of expression. This right carried duties and responsibilities on those exercising it, and  can be restricted if lawful, necessary and proportionate in order to:

Social work is a regulated profession. In order to practise, social workers in England must register with the Health and Care Professions Council (HCPC), a statutory regulator established by the Health and Social Work Professions Order 2001. Its regulatory framework extends to students on accredited courses which lead to registration and professional practice as social workers. The HCPC’s standards apply to practitioners, providers of accredited courses and students, and include guidance on the use of social media. The HCPC has published separate guidance for registrants, as well as students, about use of social media, which states, for example:

“When using social media you should apply the same standards as you would when
communicating in other ways. Be polite and respectful, and avoid using language that others might reasonably consider to be inappropriate or offensive. Use your professional judgement in deciding whether to post or share something. “

The Court of Appeal’s decision

The Court of Appeal disagreed with the High Court decision and allowed Mr Ngole’s appeal. In doing so, it concluded that the university’s disciplinary proceedings had been flawed in a number of respects. The key issues are summarised below.

Article 9 of the ECHR

The High Court judge had determined that Mr Ngole’s Article 9 ECHR rights (freedom of thought, conscience and religion) had not been engaged, and focused instead on Article 10 (freedom of expression). The Court of Appeal agreed this was the correct approach. His postings were a religiously motivated contribution to a political debate, but not a protected manifestation of religion. However, the religious dimension of this case was relevant to the lawfulness of the interference with his Article 10 rights.

Any interference with Article 10 must be prescribed by law. Mr Ngole argued that the interference with Article 10 had not been lawful because the HCPC’s regulations and guidance insufficiently clear or precise. This was rejected by the Court of Appeal. In cases such as this, absolute certainty is not achievable; the regulations and guidance simple called for flexibility and proportionality in enforcement. In any event, it was clear that offensive language and the expression of discriminatory views would be unacceptable.

Any restriction of a person’s Article 10 rights must fall within a legitimate aim. In this case the Court of Appeal agreed that maintenance of confidence in the relevant profession falls within the legitimate aim of professional regulation. However, this aim requires very different requirements in different professions, and in different factual contexts. For example, public expression of firm, political views would be perfectly proper for a lawyer in private practice, but quite improper for a judge.

But the aim of maintaining confidence in the profession cannot extend to prohibiting any statement that could be thought controversial or even to have political or moral overtones. For example, no social worker should be sanctioned for arguing in public that social work was underfunded. But if such views were expressed in offensive language, confidence may well be damaged, and regulatory sanction would be justified.

Maintaining confidence should include ensuring that reasonable service users, of all kinds, perceive they will be treated with dignity and without discrimination. Service users cannot usually choose their social worker. The use of aggressive or offensive language in condemnation of homosexuality, or homosexual acts, would certainly be capable of undermining confidence and bringing the profession of social work into disrepute. The Court of Appeal therefore made clear that Mr Ngole had an obligation not to allow his views to prejudice his interactions with service users by creating the impression that he would discriminate against them.

The key issue for the Court of Appeal was the degree of intrusion into the Article 10 right, and whether a less intrusive alternative to removal from the course and a bar from the profession would have sufficed.

The High Court judge had accepted the university’s position that it was not Mr Ngole’s statements which were the heart of the matter, but his reaction and lack of insight when questioned about the postings.  However, the Court of Appeal concluded that the university had failed to appreciate that Mr Ngole’s response was an understandable reaction to being told that he could never express his religious views on topics such as sexual morals in any public forum (ie that there was a blanket ban). The university had failed to appreciate that this stance did not accord with the HCPC guidance, which had made clear that that the use of social media to share personal views and opinions was permitted, except where the comments were inappropriate or offensive.

Crucially, it was not made clear that it was the manner and language in which Mr Ngole expressed his views which was the problem. The university had also failed to offer him guidance as to how he might more appropriately and moderately express his views on homosexuality in a public forum and in a way in which it would be clear that he would never discriminate on such grounds or allow his views to interfere with his work as a professional social worker.

It was argued on behalf of the university that any expression of disapproval of same-sex relations – however mildly expressed – which could be traced back to the person making it, would be a breach of the professional guidelines. The Court of Appeal did not agree. It pointed to the logical consequences of this position being that any Christian who holds to the literal truth of the Bible would be unable to remain in professional practice unless they resolved never to express their views other than in private (and even then, they may be in difficulty if their private views were overheard). This would also apply to many Muslims, Hindus, Buddhists and members of other faiths with similar teachings. The Court of Appeal therefore concluded that such a blanket ban would not be proportionate nor was it supported by the HCPC guidance.

The Court of Appeal also felt that the university wrongly confused the expression of religious views by Mr Ngole (eg that ‘homosexuality is a sin’) with discrimination. In fact, there had been positive evidence to suggest that Mr Ngole had never discriminated on such grounds in the past and was not likely to do so in the future (because, as he explained, the Bible prohibited him from discriminating against anybody).

The Court of Appeal also concluded that there had been to a too-rapid and disproportionate conclusion that removal from the course was necessary, rather than initiating a calm, continuing process of guidance, spelling out what he could and could not properly say, and the circumstances in which he could say it.

The Court of Appeal therefore allowed the appeal. It accepted it was not in a position, however, to determine whether the Mr Ngole would have resisted the possibility of tempering the expression of his views or would have refused to accept guidance which would resolve the problem. This required new findings of fact. The case was therefore remitted for a new hearing before a differently constituted fitness to practise committee.

Tim Spencer-Lane is a lawyer at the Law Commission, who led its review of the law on deprivation of liberty which reported in 2017. He is currently on secondment to the Government Legal service, where he has been working on the Mental Capacity (Amendment) Act 2019. Tim is also one  legal editors on Community Care Inform.

Social work diary: ‘I explain he will sign a form, the handcuffs will be removed, and the officers will leave’
Stable leadership, a clear practice model and empowered staff: how one council went from ‘good’ to ‘outstanding’