‘Now I understand why social workers split up my family’

A care leaver explains why she wrote a poem to the social workers she used to see as a 'evil and mean', and how her perceptions changed 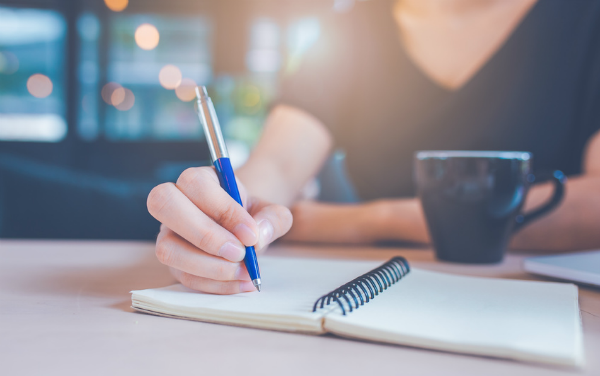 I remember social services being part of my life from a young age. It all started with my sister and I being put on section 17 (a child-in-need plan).

You don’t always understand what’s happening to you as a child but I believe it was due to my mum struggling to care for us, and her experiencing mental health problems. But things changed when social workers’ concerns regarding my sister’s and my welfare rapidly shifted.

My mum also experienced drug and alcohol addiction, and hung out with the wrong crowd. She often had parties with these people in our home when my sister and me were present, and I remember the fear I felt back then.

From what I know, we first went to a section 47 (child protection) due my parents neglecting us. It wasn’t only social services that were concerned, but also my mum’s side of the family – my grandma, granddad, auntie, and uncles.

My dad was also part of the reason for the section 47, and then us going into care. He chose his partners over his daughters a lot, and I was sexually assaulted by one of his partner’s sons. My grandma knew something was wrong because I became withdrawn and out of character.

I’ll always remember exactly where I was when I told her about being sexually assaulted. I was sitting on her kitchen counter and she was making us food, and I trusted her enough to tell her. I don’t regret doing so, as I know she loved me and wanted me to be safe.

Removed from our parents

I was eight when we were removed from our parents’ care. It was traumatic, distressing, and confusing. It all happened so fast; all I remember was the police were present and seeing my social worker.

Now I am grown up, I can understand why – and am thankful. But at the time I hated social workers: they removed me from my family, and my parents didn’t like them that much either.

The next thing I knew I was at my first foster carer’s house, where my sister and I were initially accommodated together.

Foster care was hard. I knew I was different compared to my peers in school. They got to go home to their family, to their parents, but I was going home to my foster carers – people who at the time I did not know and they weren’t my parents.

I moved foster homes five times in total. One of them was emergency accommodation in a Tracy Beaker type of care home for a night.

I certainly remember that one. I arrived very late so all the other children were asleep. A member of staff took me under her wing – she even stayed outside my bedroom the whole night in case I needed her. I was thankful for that, as I was scared. I felt angry, lost and abandoned by my foster carers, and didn’t know if I was staying there forever.

I didn’t sleep well at all and was up before all the other children – I guess they were more used to it. When they did rise, it was pretty obvious. It was so loud, with everyone getting ready for school or college and getting breakfast. I was just there looking like a lost, scared puppy.

I saw that they had set meal times and food for each day. I panicked about possibly being there for curry night, as I don’t like curry. I felt very out of place and that I could easily go down the wrong path. Even now, I don’t think I would be where I am had I remained there.

I was a troubled child growing up. Of course I was going to have behavioural problems due to what I experienced at a young age.

Over the years I experienced different styles of foster carers, though I know they all tried their hardest. One of them loved me at first but our relationship became more difficult over time.

My strategy for dealing with my anger at this time was going up to my room until I calmed down, then I would return. One time there was big argument as I needed to go to my room (my safe space) but they wouldn’t let me and next thing I knew, I was away to a children’s home.

Most of my foster carers could not manage – but one took me in for the long term, and changed my life. I didn’t make it easy for her of course, as I’d never had stability in my life before. I was still consumed by my past but she showed me a good life and that she loved and cared for me.

Don’t get me wrong, she was strict and at the time I did not appreciate it at all. But I am so thankful she was, she taught me how to be independent, polite, and demonstrated to me how working hard can be rewarding.

She saved me from the children’s home, she made me part of her family, and ensured mine were always included. This woman loved me as her daughter. I am still in touch with her to this day, she is still my anchor.

My experience of social workers

Each one that came into my life had an impact on me. I experienced good and bad practice. Good social worker practice consisted of listening, keeping to their word, being available, keeping me informed, building a relationship with me and much more.

Bad practice was the total opposite. When certain social workers told me they were leaving, instead of feeling sad, I was relieved and knew I was not going to miss them.

As I grew older, I began to reflect on my experiences in the care system and with foster carers and social workers. I realised how much they had supported me to get through the most traumatic event in my life.

I used to hate social workers for what they did to my family. They split us up, and I thought they were evil for their act. But back then I was young and closed-minded. I could not see past what they did to the reason why.

Now I understand. No child should be in the environment I was. The impact it could have had on me is unimaginable, and I would hate to imagine where I would be now had I remained with my parents.

Seeing what social workers did for me inspired me to seek a career as one. I am now a care leaver, who is studying social work at university going into my third year.

This wouldn’t have happened if I didn’t have the amazing support I had back then. I am also living successfully independently and due to be married. My life was changed by social workers, and now I want to do the same for others.

I wrote this poem that was inspired by my experiences and to show social workers that I am truly grateful for their work. I even sent it to my current social worker to show her what a great job she is doing, but this is to all the social workers who played a role in my journey.

Shifting the focus to the child: how one council went from ‘inadequate’ to ‘good’ in two years
DfE issues new tender to run social worker accreditation scheme as total spend reaches £18.4 million