No reports, time limits, or meeting tables: how we redesigned assessments around listening

Two practitioners share an approach they piloted to listen more effectively to children and families in initial assessments, and address some of the challenges faced by referral and assessment teams 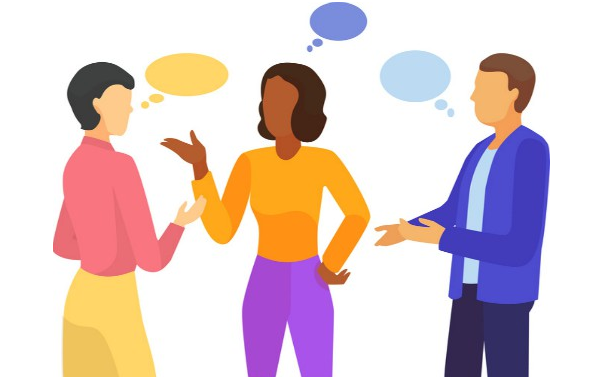 Since at least Lord Laming’s report into the tragic death of Victoria Climbié, the importance of social workers really listening to the voices of vulnerable children and their families has been repeatedly noted. While social workers have been castigated for their listening failures, what ‘good’ listening might involve has rarely been the object of investigation, sustained discussion and debate.

Listening as a skill is complex; it’s about far more than just hearing what someone says. Yet as a professional group, we have offered each other scant support to develop more effective listening practices (some aspects of the Signs of Safety model and family group conferencing are notable exceptions, but in our view only take listening practices so far).

In the assessment service we worked in, we decided to explore how social work practices can actively support effective listening, and whether redesigning initial assessments around truly listening could help us better respond to the needs of the vulnerable families referred to our service.

To give some context, the idea of doing assessments differently was part of a project undertaken in 2017 to tackle challenges we faced that will be familiar to anyone working in children’s social care. The impact of austerity had drastically reduced early help services at the same time as referrals to social care were rising, and as Bilson and colleagues have noted, local authorities are investigating many more families than 10 years ago, yet offering far fewer helpful interventions. While we couldn’t easily reduce the number of referrals received, we thought that we could make the assessment process more helpful for families and their professional networks.

There were five key issues we wanted to address: too many referrals no-further-actioned;  information not being shared quickly enough with families and professionals; families not engaging with the assessment process; (as Lord Laming pointed out in his second report) not all social workers are well trained in practical communication skills; and resources not activated in a timely way.

We were aware of international attention around a model developed in Western Lapland called ‘open dialogue’. This model (currently being trialled in the NHS) offers adults experiencing a mental health crisis a highly responsive, collaboratively-developed, supportive intervention which focuses on attending to every voice in a client-family-professional system. Careful attention to listening practice is at the heart of it.

We decided to try to adapt this approach for an assessment service. This involved identifying and removing elements of our processes that were ‘anti-listening’, as well as promoting pro-listening practices for both families and professionals. For example, we insisted that none of our meetings would take place at a table. Meeting tables encourage note-reading and note-taking, and draw listeners’ eyes away from the person speaking, down towards their papers.

As an example of a pro-listening practice, if our commitment to listening to families was serious, then our meetings could not have a time limit. We asked that professionals in the family’s network make themselves available ‘for as long as it takes’ to reach a mutually agreed conclusion. As might be expected, many professionals initially objected, citing complex diaries and competing commitments. But their experience of the assessment meetings that followed led the vast majority to change their view.

Our pilot re-design of initial child and family assessment consisted of two contacts with a family. The allocated social worker visited the family within 72 hours of referral, saw the children alone and assessed the home conditions. During this visit, the family were invited to an open dialogue meeting, to take place within 10 days. The parent(s) or carer(s) were asked to bring anybody they wanted to attend from their extended family and wider support network. The family were invited to choose the location for the meeting. If the children were attending early years provision or school then the social worker would suggest this location for the meeting, so that the children could easily participate, if appropriate, but families had the final say.

All professionals working with the family were invited to the meeting. They were instructed not to prepare a report but to be ready to speak to and answer questions about their involvement with the family. We said ‘no reports’ because having to express your views in advance, ‘setting it in stone’, so to speak, can make it harder to set aside those views when new information emerges in a meeting. Listening requires being ‘open’ to the other’s point of view, willing to change one’s mind.

No professional was allowed to take notes, for two reasons. Firstly, writing notes interferes with listening, and secondly, it is usually unhelpful that multiple accounts of the same meeting are recorded on different agency databases. One record of the meeting was created on a white board so anyone present could challenge the record (later circulated to participants). The meeting was facilitated by a ‘conductor’, who was not the children’s social worker, allowing the social worker to take up a listening position within the meeting.

The heart of the meeting is three rounds of questions asked by the conductor. They put the same questions to all participants, and then ask follow-up questions to help participants give a detailed account of their views. As an example of how this format differs from other meetings, the first request to the parent(s) or carer(s), asking them to introduce everyone present and to say how those present are helpful to them, regularly took an hour to answer.

Providing this space led to understandings and insights that may not have come out otherwise. For example, in one meeting, a parent introduced a deputy headteacher as a junior member of staff – the parent did not know she had been interacting on a daily basis with the deputy head (and the deputy had not picked up on the misunderstanding, despite almost daily contact with the family over a period of time). This helped the parent shift her view of the school’s concerns, to see that they were quite serious.

Moving on from one round of questions to the next takes place when everyone agrees that they have had sufficient opportunity to speak and feel confident they have been listened to. Perhaps unsurprisingly, when families trust that they are being listened to, they are more willing to listen to professional concerns, and more likely to put their own points succinctly, clearly, and without repetition.

It may seem paradoxical, but when one commits an unlimited amount of time to a meeting, all participants seem able to use time more effectively.

The meeting ends with the conductor inviting young people and family members to request help with particular aspects of their lives. Then, the professionals are asked to say what they might offer to do differently in the future. Doing it this way round keeps the focus on listening to families and, we believe, makes it more likely families will make changes. If the family suggests something that a professional was about to mention, then it reassures the professional that the family have understood the concerns and are motivated to make changes.

Our pilot, over 12 weeks, included 22 meetings, concerning 40 children. Reasons for referral included concerns about domestic abuse, child neglect, adult mental health difficulties and, in one case, a child remanded into the care of the local authority. 20 of the 22 families were ‘stepped down’ to universal services, with existing network professionals supporting access to any new services requested. In one instance, social care involvement with the family proceeded to an initial child protection case conference, and in another case to a child in need plan. Feedback from families and professionals was universally positive. We followed up these families for six months. Three families were re-referred during this time, an unexceptional number.

We think this way of working is an efficient model of practice. While there was a little initial concern about how it would fit in with different agencies’ processes, much professional time was saved not preparing reports and not recording multiple accounts of the same meeting (with all the risks this gives rise to). We suspect many of the families were, and could be, effectively diverted from costly bureaucratic processes, such as CIN and CP monitoring and reviewing. Families who do require support and monitoring via CIN and CP processes may find these more helpful and effective if they have had the opportunity to listen carefully to professional concerns and believe that their own concerns have been listened to just as closely, and when planning is more clearly doing-with than doing-to or doing-for.

Regrettably, we were not able to develop our pilot further. The reason for this will be familiar to readers with experience of working in a local authority: a change of leadership brought a change of emphasis, and resources available for innovation were directed towards another much-needed project focusing on domestic abuse.

Martin Clement and Richard Mc Kenny have written a fuller account of their pilot re-design of initial assessment and the meeting process which appears in a special issue of the Journal of Family Therapy (41(3), August, 2019) on developments in systemic social work, particularly those led by the profession.

2 Responses to No reports, time limits, or meeting tables: how we redesigned assessments around listening