By Alex Turner on September 20, 2019 in Children, Social work leaders 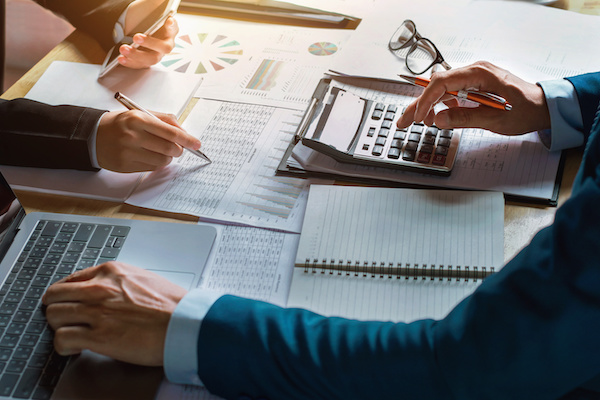 Slough council is seeking government assistance after discovering that the trust it was made to transfer children’s services to in 2015 threatens to hugely increase its projected budget overspend next year.

A report presented to the council’s cabinet this week revealed that the children’s services trust is forecasted to overspend its £27m 2019-20 allocation by £3.7m million, as well as carrying a deficit of £4.3m in its draft accounts.

The latter figure relates to losses that the trust – which has regularly relied on 30% to 50% agency social workers, paid at rates outside the South East memorandum of understanding – has accumulated in its first four years.

“When [the trust’s] forecast financial position is included, the council’s current exposure to financial risk is an estimated net expenditure forecast for the year of £116.266m,” the report said.

There is also a risk the trust may be unable to pay debts owed to the council when its contract concludes in 2021, the report said.

In 2015, Slough became the second local authority area, after Doncaster, to have its children’s services stripped from council control and reconstituted as an independent company in the wake of repeated ‘inadequate’ Ofsted judgments.

While Doncaster steadily forged a path towards being rated ‘good’, Slough’s improvement journey has – like some other more recently established trusts – been halting, with services eventually reaching ‘requires improvement’ status early in 2019.

An independent review published the year before found that senior managers feared not being able to match the pace of change expected of them by the Department for Education (DfE), but that social workers felt the trust’s narrow focus on children – and on improving services – had helped forge a sense of common purpose.

But the trust received a fresh setback in June when Ofsted found “serious and widespread failures” at the independent fostering agency it runs, grading it ‘inadequate’.

While many children’s services are struggling with budget pressures due to rising numbers of care proceedings and placements, trust models have been viewed with particular trepidation – including in Slough – due to setup costs and councils’ arms-length relationship with financial management.

Doncaster council brought its trust into closer orbit earlier this year, in part so it could exercise greater control over its outgoings after repeated overspends.

In Slough the children’s services trust, which was set up to be fully independent of the council, has made steady losses because of agency staffing, court and placement costs, recent accounts state. The most recent budget hole has its origins in “a spike in referrals” over the winter of 2018-19, according to the cabinet report.

The trust also owes the council £6m relating to an initial cash injection provided to the fledgling company and for support services provided since, the report said.

“It is important to note that [the trust’s] current contract with the council is due to end in October 2021 and it appears unlikely the trust will be able to make substantial inroads into reducing its forecast deficit over the final two years of the contract,” it added. “While this uncertainty remains, the council will need to make a provision in its own accounts to reflect that some of the funding it has provided to [the trust] may not be repaid.”

As a result of the potential crisis, a planned review by the Local Government Association (LGA) of the children’s services trust’s finances has been accelerated. An initial report on potential savings is due to be completed by the end of October.

“It is absolutely in the council’s best interests to ensure [the trust’s] finances are in a robust position at contract end,” the report said. “Not least in case it was deemed… that any existing liabilities owed should fall on the council rather than on the DfE who established the trust. [Slough council] officers have entered into discussions with DfE officials, supported by the LGA, to obtain clarification on this issue.”

A spokesperson for Slough children’s trust declined to comment on the organisation’s current bank balance, which its 2018 accounts stated as £3.8m, down from £5.5m the year before.

“Like many children’s services across the country, Slough Children’s Services Trust is facing significant financial challenges and is forecast to be £3.7m overspent this financial year,” the spokesperson said. “This follows increased demand for services for children.”

The spokesperson added: “We are working with our partners, including the council, the DfE and LGA, to improve our situation, as we continue to focus on making vulnerable children in Slough safe, secure and successful.”

A Slough council spokesperson said: “Though Slough Children’s Services Trust (SCST) is an independent company established in 2015 by the DfE, the council are legally and financially responsible for the services delivered by it – hence we have decided it is sensible to include the SCST financial position in the council’s reporting.

“Though this is not a financial position we would wish to be projecting, this is not the first time we have had a serious projection this early in the financial year,” the spokesperson added. “As with previous occurrences we are looking at every way we can reduce council and SCST expenditure and we have asked the LGA and DfE to assist us in working with SCST to address the financial challenges, while continuing to protect children and families.”

A Department for Education spokesperson said: “Keeping children safe is of paramount importance, and this government is committed to tackling failures in children’s social care. Slough’s Children’s Services Trust was set up in 2015 after years of systemic failure. Services have now improved significantly and are no longer ‘inadequate’, benefitting vulnerable children who had previously been let down.

“We are in discussion with Slough Children’s Services Trust and Slough council about how best to stabilise the immediate position, ensure financial sustainability, and to make sure Slough’s children’s social care improvement journey remains on track,” the spokesperson said.