The realities of applying systemic ideas in social work practice

For social work to get the most from systemic ideas, it's vital to listen to practitioners' experiences of applying theory to casework, Eurocentricism and organisational culture, says Kiran Flynn 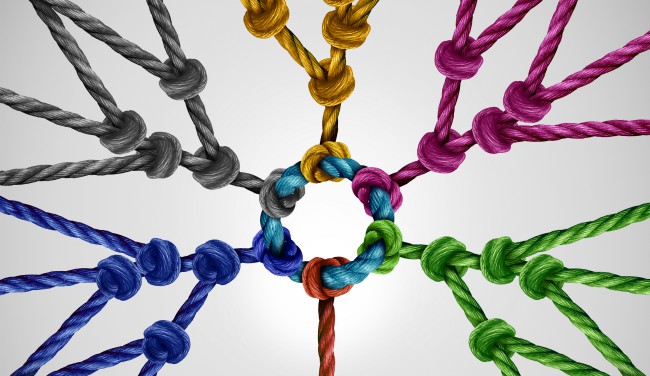 What exactly is ‘being systemic’? What does it look like in practice? How can using systemic ideas help social workers safeguard children and young people?

There has been a long-standing relationship between social work and systemic ideas, but as systemic ideas receive renewed attention and increased funding it seems timely to hear what social workers on the front line have to say about them.

What do we mean by ‘systemic’?

This is important to clarify. For this project, it was defined as the idea that individuals exist within (and are to be understood within) various systems, which includes the family system, as well as work, cultural and social systems (Vetere and Dallos, 2003).

However, there are broader and narrower definitions of ‘systemic’, and this range of definitions is itself important; some social workers highlighted that they struggled to locate their practice within a definition.

For a recent research project, I interviewed child protection social workers who had been trained in systemic therapy about their experiences of applying it to their own practice.

The practitioners were from one London borough’s children’s services department; the sample size was small, and therefore not widely generalisable. However their responses scored highly for validity and a number of main themes emerged clearly across the interviews.

Based on their current perspective, three key aspects of their experiences of putting their systemic training into practice appeared to be particularly prevalent:
(all quotes are taken from the interviews)

“The organisation has to be systemic in order for practitioners to be systemic for clients … it’s exhausting to be the only one saying ‘no let’s look at this differently’.”

“…the thing is, somebody else might come in and say ‘I want us to …’ do you understand? [laughs] Someone else can come in and think ‘we should go this way’ and then we need to change again.”

Participants commented that having a stable organisational leadership team, and one that could be clear about the purpose and goal for implementing systemic ideas, was vital. The Munro review’s focus on systemic organisational leadership was intended to facilitate better practice on the ground — for social workers to have their time freed from bureaucratic tasks to spend more time thinking relationally and with families. Munro did not directly recommend training social workers in systemic practice; she  focused on the organisation evaluating its activities and services systemically.

“We’re trying to use systemic ideas so that we can have positive outcomes for the families. But it needs to meet that need. If it’s just another … thing that we do, it’s just going to end up being another tick box exercise.”

Some participants expressed concern that they were being trained to do something and then ‘forgotten’ about, or were expected to be able to practise differently in an organisation that had largely remained the same. Learning systemic ideas is a commitment on the part of social workers, involves significant time and intellectual effort and affects their professional identity. They therefore wanted to see the same investment from the organisation. More specifically, they did not want the organisation to move on from these investments to ‘the next thing’ without giving changes time to embed.

Treating only one part of the system and expecting a whole system change seems to be a fundamental misunderstanding of Munro’s recommendation. As Wilson notes, however, creating a distinction between ‘creative practitioners’ and ‘cold-hearted bureaucrats’ is not necessarily helpful and curiosity should be applied to how financial, bureaucratic or policy constraints hinder effective practice for all. The context and impact of austerity across the public sector, on all levels of staff is also a factor.

2. Grappling with how you ‘do’ systemic

“I was struggling with systemic because I just felt like … but how do I do it, you know, when I have a child in need plan?”

Social workers spoke of appreciating systemic ideas that they could put into practice in their role. Some had family therapists embedded in their teams and found they helped facilitate this.

However, social workers sometimes struggled to find the relevance of some theories to their daily practice. Coupled with the existing pressures of daily work, they at times felt disappointed and frustrated if training sessions were less practically useful. Again, the impact of austerity on social workers’ time should be considered.

But the interviewees stressed their ongoing allegiance to systemic ideas despite these struggles. A distinct ‘systemic social worker’ identity emerged across the conversations. While speaking about their experiences, the participants all made links to wider contexts and what might be influencing themselves or others when they gave their opinions during the interviews – this is a key systemic idea (Pearce, 2005), and  suggests that systemic ideas are embedded within the practitioners themselves.

“The family therapist comes and gives suggestions on other ways to try things out. It opens up other avenues and gives other lenses.”

Some participants spoke about finding a reference point within ideas they had already learned during their social work training and practice, such as ‘hypothesising’. Systemic theory helped to provide a language for practices they felt they were already doing.

“Especially for myself and my colleagues from African backgrounds – there’s times where we come out thinking ‘Hmm, okay. So how would I apply it to my family?’”

‘Race’ and ethnicity were commented on by a number of interviewees. They perceived that the majority of systemic practitioners were white, compared to the wider social work workforce in London. They perceived some Eurocentrism in some of the theories and teaching and said they may not use some of the ideas with some families they worked with because of this.

“In African and some Asian cultures, any adult can be a protective factor. That’s why we have so many aunties and uncles.  Even sometimes they don’t have to be biological, they’re your neighbours, but how do you draw that on the genogram? They can step in at any time to provide a parenting role for you but that’s not recognised. It takes a village. They need to come up with some kind of concept where it encompasses and embraces diversity, because at this point I don’t think it does. I think they’re thinking a white family with 2.5 children, and anything else is the exception to that. I’m not saying [systemic] doesn’t work, it really does, and I’ve got experiences of it working But it’s off-putting when it’s so Eurocentric.”

Within the systemic field, much has been written critiquing and addressing power and diversity in systemic psychotherapy, and its focus on nuclear family structure. Social work has a proud tradition of recruiting from Black, Asian and minority ethnic (BAME) groups and ensuring that the diversity of the human experience is represented in the workforce. Explicitly bringing these critiques of systemic ideas when training social workers could help social workers feel more able to ‘embrace’ and use these ideas in their work.

It may have been useful in my study to gain the practitioners’ consent to identify their multiple identities – for example, social class, disability and sexuality – and consider their impacts. I am wary of making generalisations about either ‘social work’ or ‘systemic therapy’ and recognise that the interviewees in this study may not be representative of other workplaces. However, research into whether family and systemic psychotherapy as a field is less representative of people of colour than social work, and why that is, may well be warranted.

Learning from one another

My own dual role as social worker and family therapy student, among other identities, provided both opportunities and some constraints on the research. This was a small study but I believe it demonstrated there is an opportunity for the systemic psychotherapy and social work fields to learn from one another. From the research, I have made some recommendations for organisations and practitioners:

For more on systemic practice Community Care Inform Children users can read this guide to the topic, which covers what a systemic approach is, provides tips on using tools such as genograms and ecosystems and includes case studies to help you put a systemic approach into practice.
If you do not have a licence to Inform you can read a summary of the guide here.