The framework, issued last week, aims to reduce bureaucracy and administration for social workers while reducing referrals and assessments.

By Charlotte Carter on October 8, 2019 in Adults, Workforce 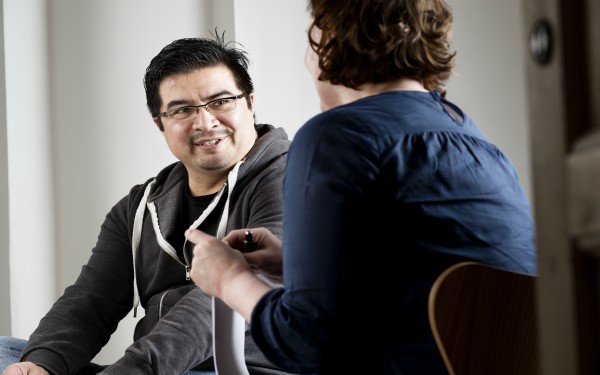 The framework, issued by the NHS England, aims to reduce bureaucracy and administration for social workers and other mental health practitioners, while removing the divide between primary care and community care to reduce the number of referrals and assessments people face. It is part of the NHS Long Term Plan, under which an additional £2.3bn will be spent on mental health by 2023-24.

One of the social workers involved in developing the framework, Carla Fourie, said that she and others were working with Skills for Care to develop a number of new roles that would support its delivery.

“We’re looking at things like whether we will need more social workers based in hospitals to help with discharges and out of area placements so they can be treated closer within their own locality,” said Fourie, who is associate director for social care, partnerships and equality at Essex Partnership University NHS Foundation Trust. .

This work is being led by Health Education England, which has a specific new role implementation group in relation to social workers in mental health, said Mark Trewin, mental health social work lead in the chief social worker’s officer at the Department of Health and Social Care.

“The social work group is looking at supporting a range of issues in relation to the social work role within health and social care mental health generally and the NHS specifically; this includes looking at the roles we need in future to implement the NHS’s Long Term Plan and new Mental Health Act, said Trewin, who was also involved in developing the new framework

The framework follows NHS England’s plans, announced in August, to recruit 600 more social workers into mental health services to help it deliver on the long-term plan.

The majority of these posts (360) are due to be in adult mental health and community care services, while 170 social workers would be recruited to work with children and young people, and 70 allocated to support services for people who are homeless.

The framework said that the development of community mental health needs had “stagnated” over recent years, while specialist teams had been developed to deal with particular areas of care. This had led to fragmentation and discontinuity of care, with people facing multiple assessments and delays in treatment, and dropping out of services or being prevented from accessing them due to rigid specifications.

The framework would tackle this by bringing together primary care, CMHT and residential services, catering for people with any level of need, in a new service covering a population of 30,000 to 50,000. It would deliver assessment, care co-ordination and planning and a range of interventions and treatments. Specialist services for those with more complex needs, including crisis and inpatient care, would be delivered over larger areas but would “plug into” the core community service.

Fourie said the new framework aimed to break down fragmentation between services, making pathways smoother so “people don’t fall through the net”.

“In some areas referral into mental health may only be through the GP, and it can be really hard for people to access services because they’re then waiting and being bounced around answering the same questions, repeating their history to all these different services.

“Instead, we want to have multi-disciplinary teams who can refer people directly to the services they need. We really want people to have better outcomes and experiences in the system and have that network for support within the community,” Fourie said.

She said it also aimed to make it easier for practitioners to work with people with complex needs such as rough sleepers or those in the criminal justice systems.

Trewin said that the new model would promote a more “creative and person centered approach to community mental health work”.

“This may mean moving away from separate team-based working, where teams refer to each other, and to work to replace this with a place-based model based on equal access, services that put the person rather than organisations at the centre,” he said.