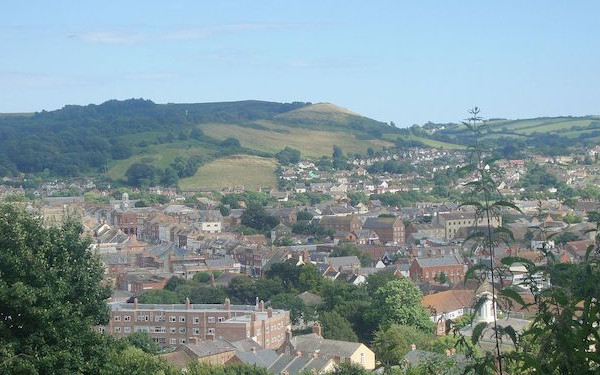 Bridport, where a Dorset teenager had to live on caravan parks because of a lack of specialist accommodation (credit: MajesticEli / Wikimedia Commons)

A 15-year-old feared to be at high risk of sexual exploitation has been forced by residential care shortages to live between a series of Dorset caravan parks, a judge has revealed.

In a judgment relating to a final deprivation of liberty order granted in respect of the teenager, ‘A’, Judge Martin Dancey wrote that he was not publishing it to explain his decision but because the “story should be told”.

A, who had been deemed beyond parental control after growing up in an environment of drug use and domestic abuse, had been shunted chaotically between 10 placements over the the last year – eight of them, including the caravan parks, unregulated – Judge Dancey said.

A, who had a history of self-harm and attempting to abscond from placements, had been denied “any sense of permanence and stability”, Judge Dancey said. She had been unable to access any formal education, or to begin addressing needs identified by a psychologist around “painful feelings of sadness, self-doubt, insecurity, resentment and anger”, the judge added.

Despite “tireless” work by local social workers, A remained without a long-term home, with the unresolved situation causing a breakdown in trust between A and professionals, he said.

Her circumstances were illustrative of the “huge problems” the lack of suitable accommodation for vulnerable young people is causing, in the context of growing concerns around sexual and criminal exploitation, the judge concluded.

A series of earlier judgments, and recent investigations by the BBC, have highlighted the dearth of secure children’s accommodation and the growing use of unregulated placements by councils.

Around England, specialist residential placements have been in desperately short supply, forcing councils to send vulnerable young people far from home and contributing to huge budgetary overspends. Dorset’s own cabinet papers from September highlighted concerns about local children being at a rising risk of being placed in “distant” locations due to a lack of adequate provision.

Call for greater transparency over children deprived of their liberty

A had been involved with services in Dorset since 2017 and had been housed at a residential unit in Shropshire in 2018 after foster placements, which her parents agreed to voluntarily, broke down.

After the placement in Shropshire ended, A was then moved to Somerset – the first in the series of unregulated placements – and then to a setting in the New Forest where she settled better but which was only available as a 90-day crisis placement.

Over summer 2019, with no permanent placement available, A was moved through further unregulated settings, all of which involved DoLS orders due to the need to be able to lock doors and windows to prevent her going missing.

These culminated in a placement in Wimborne into which, Judge Dancey noted, she “settled well”. But then, soon after an assessment for a permanent place – with regulated provider Cambian, which has itself faced allegations of unsafe practice – broke down, A was asked to move at short notice, late at night, and placed on a Bridport caravan park.

The latter move, on 13 September, was explained to A as being for three nights in order that a nine-year-old boy, leaving hospital and in need of three-to-one support, could be accommodated.

In fact, A’s place was taken by a 17-year-old with complex needs including disabilities, who had to move out of his previous unregulated placement while it was repaired from damage he had caused. A was then told she could not return and endured a move to a second caravan park before briefly staying with her mother.

“A came to court on 20 September when there was a review of her DoLS,” Judge Dancey wrote. “There was obvious dismay and frustration amongst the social workers, A’s guardian, the lawyers and me, but most importantly A herself, about what had happened to her.

“Despite all that A was moved on 20 September to a lodge retreat in Wareham, again an unregulated placement,” the judge added. But after becoming angry following a phone call with her mother, A and her carers were told to leave the accommodation.

She was then moved to another two caravan parks, with a return to her unregulated Wimborne placement finally planned for 2 October.

A did not attend the 30 September hearing at which her DoLS were re-authorised. “A’s solicitor, Ms Cowlard, told me she couldn’t see the point,” Judge Dancey wrote. “Who could disagree?”

Andrew Parry, portfolio holder for children, education and learning at Dorset council, acknowledged that the county, like many other councils, had to use unregulated provision on occasion.

“This is because there just aren’t sufficient registered placements to support children and young people with very complex needs,” Parry said. “These placements are generally time-limited, and the young person is visited frequently to make sure they are receiving a good standard of care.

“Members of our corporate parenting board, including myself, have visited these placements and spoken to the young people living there to make sure they are safe, happy and looked after properly,” Parry added. “We notify Ofsted monthly if any child is in an unregistered setting.”

Parry said the council did not want to have to use unregistered placements and was in the process of registering all the provision it uses.

“Last month [at cabinet] we agreed to provide more registered residential care for children within Dorset,” he said. “This could be through a number of ways – dedicated homes, shared accommodation and in partnership with other organisations. This is part of our wider plans to reduce the number of children in care and support young people locally until they can either return home or a suitable family is found. Our aim is that every looked after child is cared for within a nurturing family setting.”