By Alice Blackwell on November 12, 2019 in Children, Social work leaders 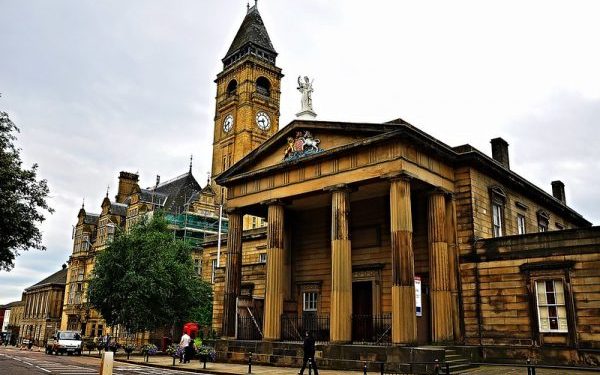 A council has invested to rapidly expand its permanent staff after an Ofsted ‘inadequate’ judgment found it heavily reliant on agency staff and with “too few social workers to provide a safe service”.

In the July 2018 inspection, Wakefield council was found to be inadequate across the board with significant capacity and caseload issues. But, following its third monitoring visit since the inspection last month, Ofsted said the local authority is making ‘steady progress’ in improving its services.

The inspectorate’s report on the visit outlined Wakefield’s considerable investment in recruitment across teams at ASYE, advanced practitioner and team manager level, which has reduced caseloads and allowed social workers “to focus on core social work practice”.

Inspectors found children were now being seen regularly  by their social workers, who have greater support from more accessible managers. Reduced staff sickness levels reflected “a significant change in service culture to one now where [practitioners] views are sought, and they feel valued”.

More on how councils are responding to ‘inadequate’ Ofsteds

The monitoring visit found more regular and focused supervision was providing “better reflection and direction for social workers” as well as clearer management oversight, although this was not yet consistent across the service.

Vicky Schofield, service director for children’s social care, told Community Care the council had invested about £4m in expanding its social work structure and that more than 50 full time staff had been recruited since last April.

Schofield said Wakefield had achieved the improvements in staff culture and management support by “ensuring staff have progression opportunities”. The council began work on its learning academy in early 2019, which Schofield said was “really helping” to create “a specific function around continual professional development”.  The learning academy is a team focused on supporting the continuing professional development of the whole children and young people’s workforce, including partners.

In June 2019, Community Care reported on the council’s ‘problematic’ IT systems, which Ofsted criticised as causing “serious problems” for social workers, even though the council was investing in updates.

The inspectorate said: “Due to the poor quality of recording, even basic performance management information is not available to the authority”. The July 2018 Ofsted report also found that social workers weren’t sufficiently challenged by managers on an absence of case recording which was “a pattern” in many teams.

In addition, a Wakefield council cabinet report in June 2019 said there was “no cohesive case recording and only limited information being captured that relates to the child’s journey”.

However, in the latest monitoring visit, inspectors said that case reporting at Wakefield council had ‘significantly improved’.

“The local authority has redesigned and relaunched new systems for recording children’s experiences, and continues to design a suite of new templates to support improving practice.” The improved recording is supporting stronger performance monitoring and quality assurance.

In a statement following the visit, the council’s corporate director for children and young people, Beate Wagner, said it was pleased with the feedback and that inspectors recognised the changes made since the last visit.

However, Wagner, who took on the role in March 2018, four months before the full inspection, added that Wakefield was not there yet. “We still have a lot of work before us… Our next and immediate priority is to focus on the quality of our plans and ensuring that we are fully engaging and maximising the use of our partners for their expertise and support,” she added

Wakefield council is continuing to work closely with a children’s commissioner, Peter Dwyer, who was appointed by the Department for Education after the 2018 inspection to carry out regular reviews of the councils improvement journey.

Dwyer said of Wakefield’s progress so far that, “whilst no [local authority] is identical, it would appear in my and the views of experienced others, that the progress being made is at least in line and potentially in advance of that of others”.

How cuts are affecting social care performance: what the data says
‘Staff bullying makes a mockery of our mission statement and ethos’