‘Staff bullying makes a mockery of our mission statement and ethos’ 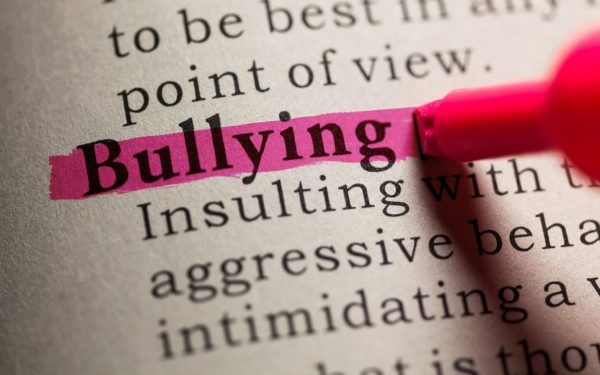 Eleven years ago, as I was about to start my first shift as a residential child care worker, the children’s home manager – who had interviewed me for the post – beckoned me into his office.

I still recall his exact words as he asked me to take a seat: “I’ve no doubt you’ll be fine with the young people, but watch your back with some of the staff.”

At the time, his encouragement was appreciated and the warning didn’t really register; being introduced to the home’s five teenage residents was all that exercised my mind.

Eleven years later and my former manager’s advice still sadly – and scandalously – pertains. Such is the culture of staff bullying I’ve encountered, it makes a mockery of the mission statement and ethos of children’s homes; that they foster inclusivity, with staff and young people treating each other with respect.

I’ve witnessed brilliant and committed staff being verbally abused and shunned by colleagues, whether due to jealousy and resentment regarding the relationships they have forged with the young people, or just sheer nastiness.

And I’ve been a victim myself, when told in no uncertain terms that I’ve over-indulged an upset kid or spent too long at the shops with a youngster helping them buy clothes.

Whatever form this undermining – and intimidating – behaviour takes, it’s an issue that strikes at the heart of what children’s homes are meant to be about. The toxic atmosphere it engenders can make life hell for staff, and young people quickly pick up on this.

Some of these kids have already experienced traumatic loss in their lives, so when a trusted worker can no longer function in a hostile environment and feels compelled to leave, kids are left bereft.

Bill, a former colleague of mine, was the third member of staff who had simply had enough and left the care home. “It reached the point where I couldn’t do right for doing wrong,” he explains. “My daily logs were either too detailed or not detailed enough. My decision making was called into question and I felt I’d lost the respect of certain colleagues.”

“And the pettiness began to suck the life out of me. I would be told that I’d not washed up the pots properly or been too slow preparing the evening meal. Things reached such a pitch that I dreaded coming to work and would actually feel nervous as I approached the home in my car. I wanted to turn round and drive back home, and then one day that’s exactly what I did.”

“I’d started to question what role the home was actually playing. Was it actually fit for purpose when a social worker reported concerns raised by a child about my low mood to the manager? Kids are clearly affected by an uncomfortable environment and they hate it. But nothing further was done to address the issue and my manager merely told me to soldier on.”

‘It’s your word against that of another colleague’

At the start of my career I was told that if I had a problem with a colleague, I should first bring it up with them. If this failed to resolve the matter, I was to go through the chain of command – my supervisor, the home’s assistant manager and then the manager – but thankfully, I’ve yet to find myself in such a position.

However, I have attended two disciplinary tribunals in support of Bill and another colleague who had also felt let down by this process. On both occasions, the worker whose bullying was being investigated lied about their poor practice, but in the interest of maintaining healthy staff relations, they were moved to another children’s home.

“It leaves a bad taste in your mouth as your credibility, and that of colleagues who have supported you, has been questioned yet again,” explains Bill. “At the end of the day, it’s your word against that of another colleague, and unless you’re actually caught doing something illegal or commit a heinous breach of trust, you keep your job.”

I spoke to the local authority’s head of children in care, regulated services, who conceded that the mechanisms in place for dealing with the issue of staff bullying could be more rigorous:

“I do feel that a more concerted recording of such incidents in a home, when possible, should be encouraged. Colleagues can feel compromised by doing this of course, and fear being labelled a whistle-blower, but if questionable practice is noted by staff and a pattern of behaviour established, I think this would be a start. Certainly, a home’s staff should be more sensitive to this issue, but it isn’t straightforward.”

But it would be a start, and might even mean one less child having to be consoled when a respected adult suddenly disappears.