By Charlotte Carter on November 28, 2019 in Social work leaders, Workforce 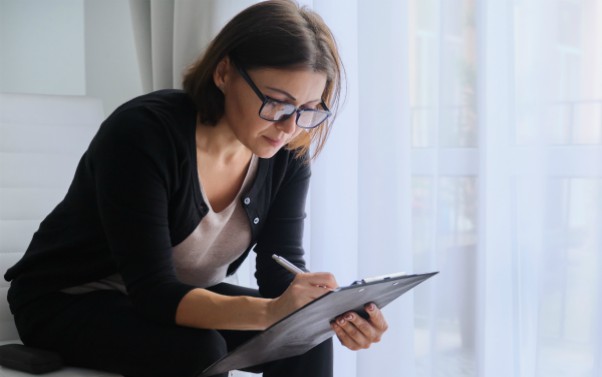 Almost half of principal social workers are spending two days or less in their PSW role, a survey has revealed.

The survey by Skills for Care found that 59% of PSWs were in “hybrid roles”, meaning they split their working week between the PSW role and other responsibilities.

Of the 144 PSWs who responded to the survey (41% of the total number), 81 worked in adults’ services, 60 worked in children’s services and three covered both.

Both adult principal social workers (APSWs) and principal children and families social workers (PCFSWs) in hybrid roles commented on the challenges of having separate or overlapping roles and responsibilities, and in particular on the ‘other’ role taking precedence over the PSW role. This was particularly an issue for APSWs.

Among the APSW respondents in a hybrid role, 46% had as their other role a head of service position, while 35% were service managers; among PCFSWs, 40% of hybrid principals were also heads of service and a similar proportion service managers.

In terms of areas of responsibility for hybrid PSWs, the most common answer were quality assurance and safeguarding, followed by service management and learning and development.

What should PSWs do?

There is no statement in policy about the roles and responsibilities of PCFSWs, though Working Together to Safeguard Children says they should have a key role in developing practice in local authorities around direct work and assessment.

By contract, statutory guidance under the Care Act 2014, developed in 2016, sets out clear expectations for local authorities in relation to the APSW role, including that they are given responsibility for leading practice and the development of social workers, overseeing social work quality assurance, particularly in relation to safeguarding, and advising directors on controversial cases and emerging law.

The guidance, which local authorities must follow unless they have legally defensible reasons not to, also says that councils should ensure APSWs are given “the credibility, authority and capacity to provide effective leadership and challenge…and are given sufficient time to carry out their role”.

“Having two jobs under one is difficult to manage, the loss of the independence of the PSW role in maintaining high practice and standards [and] being a role model to social workers would be near impossible to do alongside another senior management type role such as service manager or leading operations,” Latania said.

Latania said the proportion of PSWs spending two days or less a week in their role was “disappointing”.

“In previous surveys, PSWs were moving to standalone roles where they could be more independent in overseeing social work practice.”

Earlier this year, the government published documents outlining the roles and responsibilities APSWs should carry out and the capabilities expected of them, which Latania said she hoped would have promoted standalone PSW positions.

“However we do recognise that local government faces huge cuts within adult social care and ongoing changes might have led to the need for councils to streamline and compact the workforce.”

Combined role “can be positive”

Responding to the survey, Claudia Megele, chair of the Principal Children and Families Social Work Network (PCFSW), said PSWs “work incredibly hard and contribute to quality of practice and outcomes for young people however, their role is not always fully appreciated and adequately supported”.

“Therefore, although the optimal amount of time allocated to the PSW role may vary from one local authority to another, poor configuration or allocating insufficient time, resources and capacity for the role can undermine its impact and be self-defeating for the organisation,” she said.

However, Megele argued that because the PSW role for children and families did not have statutory responsibilities, unlike in adults, there was greater variation in its “remit and positioning in different local authorities”.

“Therefore, combining the PSW role with other functions is not a problem in itself,” she said.

She continued: “Given the lack of statutory definition a combined role can be positive depending on how the role is configured and whether it can have the strategic influence and practical impact that it should have on practice and outcomes.”

Julie Ogley, president of the Association of Directors of Adult Social Services (ADASS), said: “We value the important role which PSWs play in adult social care and are pleased that we have recently extended our membership to include PSWs.”

“We’re currently working with our PSW members to understand how best we can support them in their role and how we can use their knowledge and experience to help strengthen ADASS going forward.

Jenny Coles, vice president of the Association of Directors of Children’s Services (ADCS), said: “It’s fair to say the children and family principal social worker, or PSW, role is slightly different in each local area, partly as a result of central permissiveness and partly as a result of the local context, from the size of the authority and the workforce structure to how closely children’s and adult services work together.

“In essence this advanced practitioner role is about promoting good practice, providing a clear link between the frontline and senior leaders as well as influencing the development of social work practice. PSWs are committed to making a difference, I know they do this in many local areas and this is reflected in the findings of this survey.”

Lack of diversity among PSWs was cited by Latania as the network’s “biggest area of concern”.

Three-quarters of respondents were female, 86% were white and two-thirds were aged 45-59. Just three per cent had a disability.

“We would like to look at why the PSW role is not thought to be attractive to more males but also people from an ethnic minority background.

“The PSW network takes diversity seriously and we wish to welcome social workers into the PSW role from a wide range of backgrounds, beliefs, experience and culture,” Latania said.

What can we learn from young people’s views on online sexual harm?
‘My tank was empty; I fell into crisis’: how a social work lecturer became a missing person