‘My tank was empty; I fell into crisis’: how a social work lecturer became a missing person

Ju Blencowe juggled her profession with being her mum's carer. She shares how she 'unravelled' after her mother's death, and the autism diagnosis and support that is bringing her self acceptance 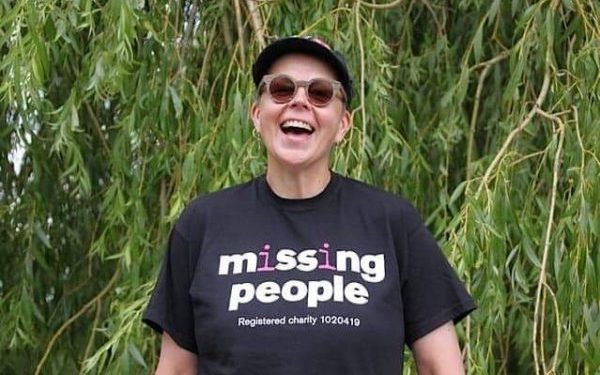 I couldn’t tell you with any accuracy the exact day that I went missing. Those who know me best would say that I ‘went missing’ long before I became physically lost.
Before I was officially a missing person, I was a teaching fellow in social work with particular interest in applied law for practice, services user involvement and safeguarding adults.

I had no idea that one day I would find myself curled up in the doorway of a London office building, 200 miles from home, exhausted from lack of sleep, wearing clothes that I hadn’t arrived in and using a name that was not my given one.

How did this happen to me? Some of my experiences may well be familiar to others trying to balance a professional career with being a carer – we carry a great burden, one that can be filled with love and hope and aspiration as well as exhaustion and exasperation at times.

Behind my professional facade at the university, I had been juggling an extremely complex home life as a carer for my mum with an equally demanding role at work. Ironically, I was living the rhetoric of the theories and practices I was considered to be expert in.

I had started sleeping under my desk between lectures, hiding behind closed blinds, staring blankly at the wall and marking work until 3am. Colleagues hadn’t seen the three years of unopened post in large bin liners hidden under my stairs, or my growing dependency on adrenaline, caffeine and red wine.

They knew nothing of my limited sleep that now left me hiding under the bed or in the rabbit hutch in the garden when the plethora of carers (sometimes 100 different people within a month) came to our home. I’d cover my ears to drown out the cries of my mum shouting for me to help her, not wanting to be washed by the carer who wouldn’t take off her coat in the bathroom because; “I won’t be here long enough and I’ve got another six of these to do”.

And such is the human spirit that when we need to be, we are strong and resilient. We become fierce advocates for those we love – fighting bureaucracy, winning battles for funding, addressing injustices and inadequate care provision and, at times, incredibly questionable values (once I found a carer in our loft space claiming she had ‘got lost’, despite there being a vertical ladder leading up to it).

The stress was palpable. I had held fast for ten years in the middle of that storm, teaching students about resilience, being the class clown, the engager, the comedian, the rescuer and the supporter. But my tank was empty, I was becoming unravelled.

I became more and more reclusive and less able to fulfill my professional role, which I needed to pay the mortgage. I fell into crisis. I was unable to get reduced hours at work. As my mum came near to the end of her life and was in palliative care, I had to take sick leave. I knew that there was no such thing as an invulnerable person and that every branch has the capacity to snap if the weight of the rain becomes too heavy to hold. I was broken.

My mum died in my arms and on the same day, I learnt I couldn’t go back to work. Social work was a profession I loved. I had lost my mum, my role as a carer, my career.

At this point, I was left unable to even tie my own shoelaces. I tried to keep going at home for a year. I was depressed and mostly hiding in the house. But I couldn’t keep going. Without consciously making a plan, I left our home and got a train to London.

That first night, I stayed in a hotel and it was there that my spirit broke. I think I might have actually heard it snap, like a twig in the autumn. In that moment, holding my mum’s lilac cardigan I had reverted back to my little self, a five-year-old child, with dead parents. My brittle hair from strong medication had now gone, leaving a tactile moss and I drew comfort from running my hand tightly over it, just like my mum had done in her final days.

I absorbed external stimuli more acutely now, the drone of the traffic, the low level hum of the air conditioning. There were marks on my face, red and swollen, from punching myself so hard as I rocked in the corner of the tiny room.

I intended to end my life that night but I survived. Now I was on the streets; I had ceased to emotionally exist and was wrestling with my own mortality, aimlessly wandering around central London. My wife didn’t know where I was. I was so overwhelmed with exhaustion and grief that I had no sense of time or place.

My leaving was a moment of lostness, a physical wrenching from all that had been familiar and safe. My grief had sent me tumbling into the unknown under the ruse I had subconsciously spun for myself of the need to ‘get away’. I hadn’t left home that day to ‘go missing’, I was already missing.

To me, it was an extension of the chaos. It had been the authorities and other concerned parties who had given it the name ‘missing’ – my wife, living a nightmare at home, the hostel I had gone to, the police searching our house. I was a missing person because somebody missed me.

The realisation that I was considered missing terrified me and I transitioned from being unconsciously missing to consciously terrified of being found. It jolted me into a more paranoid state, a sense of shame, panic and fear of having to engage with the authorities, fear of being in trouble.

‘Through becoming lost, I have ultimately been found’

It was a text from the police and the kindness of a man emptying bins in the park where I was sitting that helped me relate to having seen the Missing People Choir and let go of the fear enough to seek help.

It was in a tiny theatre in the West End where I eventually went for help and finally let go of my pain, where I first interacted with someone and said the words; “my mum is dead and I don’t know what to do”, where I was taken by the police under section to hospital.

It is two and a half years since I was a missing person. In February of this year, aged 56, at a specialist centre in Kent, I was finally diagnosed as autistic. Through becoming lost I have been ultimately found and am learning to live life with a gentle rhythm of self care and acceptance.

I am proud to now be an ambassador for the Missing People charity and to have been keynote speaker at the Fourth International Conference on Missing Children and Adults this year and featured in The Big Issue. The impact of undiagnosed autism in women is immense and with far reaching consequences. I am thankful to have come out the other side.

For those wonderful social workers who do an incredible job of being there for others in the most extreme of circumstances, remember to look after yourselves and one another as you do so. We are not immune from fragility, and fragility isn’t failure. It’s human and therefore at times, inevitable.

Thank you for being the people you are and for doing the work that you do.

‘Our profession must be much more inclusive to disabled people’: a letter to the chief social workers
Almost half of principal social workers spending two days or less on PSW role, survey finds
Social work cartoon: ‘IR35’

22 Responses to ‘My tank was empty; I fell into crisis’: how a social work lecturer became a missing person