By Charlotte Carter on January 2, 2020 in Workforce 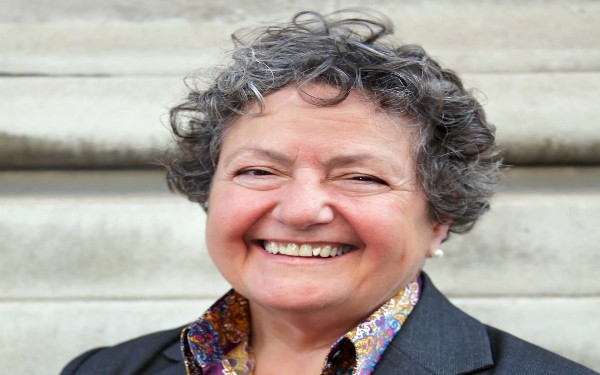 Chief social worker Lyn Romeo, currently on sabbatical, said she was very grateful for her recognition in the New Year honours.

Chief social worker for adults Lyn Romeo was among a host of social care professionals recognised in the New Year honours list.

Romeo, who is currently on sabbatical while helping care for her mother in Australia, was given a CBE, the second highest mainstream honour, for her services to social work.

Romeo became chief social worker for adults in September 2013 following a career in local authorities over more than 20 years that saw her rise from social worker to assistant director.

In an interview with Community Care last year, she said adult social work had gone from strength to strength since her appointment, including through increases in the number of social workers employed by councils and the high status given to the principal social worker role in statutory guidance under the Care Act 2014.

On Twitter, Romeo said she was very grateful for her recognition in the New Year honours.

“Many thanks to all those I have had the privilege to work with across social work and social care sector, without whom this would not have happened,” she tweeted.

Also recognised was Jane Goldingham, who was awarded an MBE for her services to the profession. Until her retirement last year, Goldingham was principal social worker (PSW) for adults and head of operational development at East Sussex council, the culmination of 16 years in frontline social work.  She was also the chair of the south-east region’s PSW network from 2016-19.

The Cabinet Office, which oversees the honours list, said: “She has taken a leading role in both East Sussex and across the south east to improve the learning, practice and support for social workers.”

Esther Fajoye, a team leader for children’s services at Camden council, was given an MBE for her services to children and young pepole.

Fajoye said being recognised for her work felt “amazing and very surreal”.

“I got the letter in November and … I just didn’t expect to see that,” she said.

“I’m quite fortunate because I’ve had such good support from managers, that’s helped me a lot, just being really supported in my working environment.

“I’m managing quite a large team right now but I always make sure to motivate my team and build good relationships with the children and families we work with,” Fajoye said.

Terry tweeted: “Thank you all for your lovely messages, such a humbling experience. And thank you also to all my colleagues and friends for their amazing support and kindness.”

Her award, for services to children and families, reflects Leeds’ position as one of 14 councils with an outstanding rating for children’s services. Its Leeds Family Valued programme – a family group conferencing-style approach which involves working with the whole family unit to keep children safe – is one of three models being promoted by the Department for Education as part of a programme to keep children out of care launched last year.

A number of foster carers were also awarded MBEs in the New Year honours.: