By Alex Turner on January 27, 2020 in Children, Social work leaders 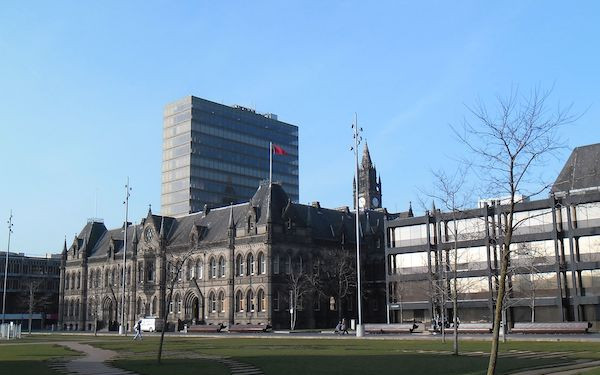 Inspectors have warned of “a culture in which harm is tolerated, rather than one in which there is a focus on how to protect children” as they graded children’s services in Middlesbrough ‘inadequate’.

In its report, Ofsted found that services on Teesside had deteriorated sharply since a visit in late 2015 assessed them as ‘requires improvement’, with recent tentative improvements made following two focused visits having been undone by staff turnover.

The council’s approach to risk – including around children being exploited – and its response to chronic neglect were two of the most troubling areas identified by the inspection, which took place in late November and early December 2019.

But inspectors uncovered concerns across the board as they deemed services in Middlesbrough to be ‘inadequate’ in all areas.

Across services for children in need of help and protection, Ofsted found worrying instances of young people being left in harmful situations.

At the front door – set up last year as a jointly commissioned service with local partners in response to criticism from inspectors in a 2018 focused visit – Ofsted found children enduring repeat referrals because of inadequate screening and inconsistent levels of support being offered.

Progress on tackling neglect ‘too slow’ at ‘inadequate’ council

Assessments, including for section 47 enquiries, were too often poor, leading to over-optimistic decision-making, the inspection report said.

“Most [assessments] fail to understand children’s experiences, lack clear analysis of cumulative harm, and rely on parental self-reporting to consider parents’ capacity to make and sustain change,” it added.

“This leaves some children in seriously neglectful and harmful situations for too long, because supporting children in their family homes is pursued even when this is no longer in their best interests,” the report said.

Some social workers also lacked understanding of issues around exploitation, with a tendency to view children who go missing as placing themselves at risk through their choices, Ofsted warned.

A minority of 16- and 17-year-olds who had presented as homeless were being left in potentially unsafe accommodation, the inspection found.

“These children are not consistently informed of their right to become looked after and are referred to early help services rather than receiving a social work assessment of need,” the report said.

“Not all risks to young people are recognised and too often care leavers are treated as independent adults who will seek support if needed,” they said.

“This results in a culture of seeing young people making ‘lifestyle choices’ despite the associated risks, including exploitation, and does not evidence a good understanding of young people’s vulnerabilities.”

Across services for children in care and care leavers, things had deteriorated, Ofsted found, with a majority experiencing delays in achieving permanence.

“Most children come into care in an unplanned way following a crisis, which means planning is overly focused on the immediate needs of children,” the report said.

As with child protection services, poor assessments, plans and scrutiny of decisions were failing children in care, resulting in “instability and distress”, it added.

Senior leaders, Ofsted noted, fairly quickly realised the quality of services was dropping and had made improvements, including around quality assurance and increasing staffing, during 2018 and 2019. Inspectors found the workforce relatively stable, with few agency workers, albeit with a reliance on many newly qualified social workers, and pockets of good practice.

But the leadership had not fully understood the extent of weaknesses across children’s services, inspectors found. The failure of a service set up to respond to Middlesbrough’s high numbers of children in care – currently 569 – had created disruption, including staff churn among middle managers, and had stalled progress over the previous six months, the report said.

Middlesbrough’s mayor, Andy Preston, apologised for the failings uncovered by the inspection, for which he said there were “no excuses”.

“We fully accept the inspectors’ findings which are the culmination of a number of factors going back many years,” Preston said.

But he added that the situation at Middlesbrough was part of a pattern in which local authrority areas with high levels of deprivation – including Bradford, Sunderland, Blackpool and a number of London boroughs – had coped poorly against a backdrop of “ballooning” demand.

“This is a fresh start, and we’re already taking on board everything the inspectors have had to say,” Preston said. “We’re working with partners across Teesside and beyond – from police and health to the courts and Department for Education – to ensure we deliver quick, effective and lasting improvements.”

A children’s commissioner will now be appointed by the Department for Education (DfE) to oversee progress at Middlesbrough over the coming months.

2 Responses to Council ‘tolerating harm rather than focusing on child protection’, warns Ofsted in ‘inadequate’ judgment