Members of the safeguarding adults hub

Initially launched as a trial in July 2019, the hub has evolved to become a permanent fixture within West Sussex’s adult services. The hub provides a single access point for the public and professionals to communicate safeguarding concerns or queries.

“We found that we weren’t asking consistent questions to be able to robustly triage safeguarding concerns and the adults’ desired safeguarding outcomes were not consistently recorded,” says hub team manager Laura.

In addition, if the safeguarding concern was in a particular area of West Sussex, the team local to that area would deal with it. But without a uniform way of deciding what was a safeguarding concern and what was not, it meant some concerns were missed while others were escalated. There were also multiple handoffs between the teams which increased the risk of duplication and possible delay,” says Russell, West Sussex’s safeguarding adult services manager. 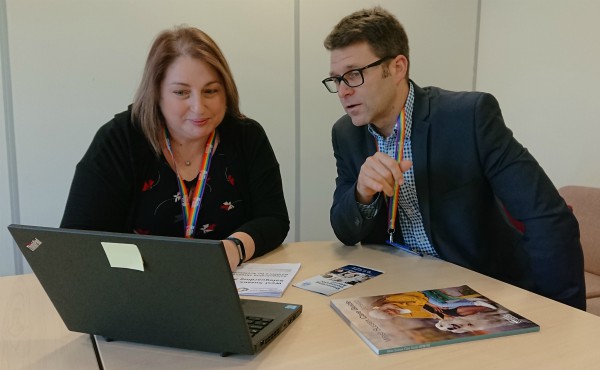 “So, the first thing we looked at was only accepting safeguarding concerns that came through a single channel – that being a new online web-based referral form,” Russell says.

Now, when a safeguarding concern is raised to the hub, details are completed using an online safeguarding referral form and are triaged and progressed following a conversation with the adult at risk or the representative. The aim is to ensure that hub staff are fully aware of the process and can understand what the adult would like from the process and the outcome.

Once the concern has been triaged and contact made with the adult at risk or their representative, hub staff create a safeguarding plan and reassign it to a community team to progress the safeguarding enquiry.

Pretty much every target we set the safeguarding hub, we have exceeded

The hub works closely with a range of agencies, including mental health services, district councils, NHS and the police and is co-located on the same floor as the children’s MASH and a domestic abuse service.

“It encourages staff dealing with safeguarding referrals to liaise with different teams and co-location has helped to ensure we have a rapid response to the referrals,” Laura says.

“After trialling it for three months, we and our partner agencies could see the benefits of the hub model. We saw that referrals being consistently triaged and actioned quickly with multi-agency discussion happening to create the safeguarding plan. As a result, we decided to make it a permanent arrangement,” says Russell.

Since the hub’s introduction, it has freed up capacity within the locality teams, enabling staff to work more productively, and has reduced stress levels.

“Pretty much every target we set the safeguarding hub, we have exceeded,” says Russell. “That has been down to the commitment of workers.” 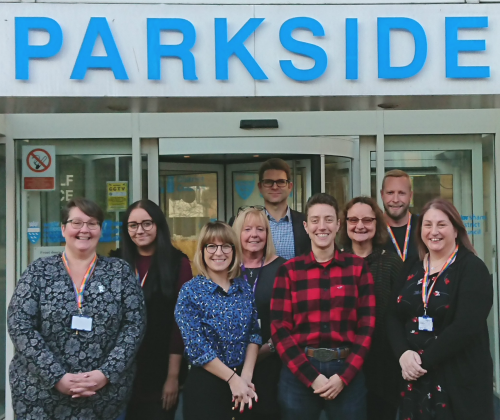 The safeguarding hub is inspired by a similar model used in Oxfordshire and Hampshire. West Sussex’s version currently consists of 12 staff, including Laura, who all joined the hub for the trial. Many of them have since applied to become permanent members of the hub. This includes Laura, who has been instrumental in building this new service. The hub processes 200-500 referrals a week and every referral is individually screened and checked by a worker.

Despite this large workload, the working culture in the team is positive and is helped by the multi-agency support available across the hub.

“Staff are incredibly supportive of each other,” says Laura. “And having a team that is thoughtful, knowledgeable and caring is essential when managing difficult cases such as allegations of serious assault, rape, attempted murder, cuckooing and county lines.”

Using the existing strengths within the team is something that is also reflected in how the hub will evolve, according to Russell.

“We want the hub to be a centre of excellence in safeguarding,” he says. “That is why we are looking at some bespoke training for hub staff in areas such as safeguarding to ensure we emulate best practice.

“Safeguarding is a key area for us and we want to ensure that we have the right skill mix in the hub and social workers’ input is key to that,” says Andy, West Sussex County Council’s resourcing advisor.

There are also plans to increase the hub’s size by adding to the skillset of qualified social workers, senior social workers but also recruiting non-qualified people with expertise in risk assessment, for example.

They are not going to be coming to a service and just cracking on with what is already going on, what they do and their feedback in shaping the hub is going to be crucial,” Andy says.

See the latest opportunities to join West Sussex County Council and be part of an open and supportive adult social care service.

‘There’s no hesitation at all. We’re part of a team’