By Alex Turner on February 14, 2020 in Children, Social work leaders 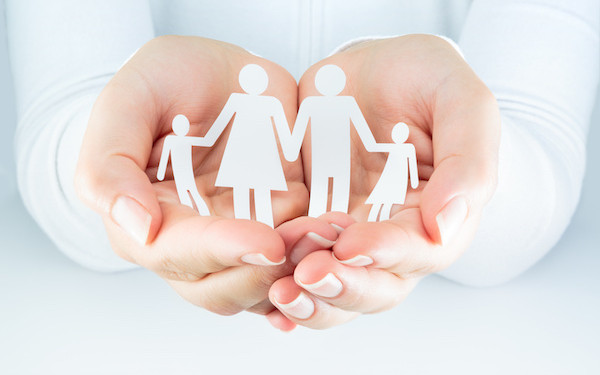 There is only “weak” evidence to suggest family group conferencing (FGC) is effective, a study has found.

The systematic review, carried out by What Works for Children’s Social Care, concluded there was little proof to date that the meetings – which unlike traditional child protection conferences involve families in decision-making – make participants feel more empowered or help prevent children entering care.

The study acknowledged that the inclusive principles of the FGC model are “inherently a good thing”. But it said the lack of evidence as to their benefits should provoke debate as to how local authorities can best involve children and their families in decisions about their lives.

Previous research findings relating to FGC and similar practices tended to be variable and of poor quality, the review said. It added that one reason for this may be to do with the delivery of FGC being inconsistent from setting to setting.

“We don’t conclude that people should not be using family group conferences,” said Jonathan Scourfield, the deputy director of Cardiff University’s CASCADE research centre and one of the report’s authors.

“Perhaps more the point is that these participative meetings may not always be done well, or they are often not part of a wider cultural change within services,” said Scourfield, who expanded on his comments in a blog. “Local authorities shouldn’t assume that having FGCs will be a panacea for reducing care.”

The systematic review analysed 33 previous studies that evaluated shared decision-making meetings, against seven measures relating to children entering or re-entering out-of-home care, reunification between children and their families and levels of empowerment and satisfaction.

While 17 of the studies found favourable results for shared decision-making meetings compared with ‘control’ services for at least one measure, the review warned that almost all the earlier studies carried a high risk of bias.

Some projects examined, moreover, suggested that control services were in fact more effective when it came to numbers of children entering care or being reunified with families.

“The overall evidence for the effectiveness of shared decision-making meetings is therefore weak at present, yet there is also no evidence to say such meetings increase numbers in care or compromise child safety,” the review said.

Unlike a previous systematic review carried out by What Works that concluded the effectiveness of the popular Signs of Safety practice framework was similarly unproven, this was due not to a lack of available data but to the unevenness of earlier findings, it added.

‘Practice tools have to be used properly’

“As with any practice tool, [FGC] has to be used properly,” said Saleem Tariq, the director of children and families at Leeds council. “This means ensuring that FGC coordinators are well trained and resourced, to ensure families and practitioners have the support that they need in order to contribute effectively.

The systematic review also noted that many ‘control’ approaches in earlier studies may also have incorporated elements of collaborative family work – something that was not often made clear – making it less likely that clear differences between approaches would emerge.

Greater consensus between how future studies are designed and outcomes measured would enable more robust conclusions to be drawn as to the effectiveness of FGC, the review said.

What Works is itself partnering with the Department for Education (DfE) – which funded the new review – on evaluating FGC, as part of a 40-council pilot announced last year, which is also seeking to test the Family Drug and Alcohol Court (FDAC) model.

That project has caused some controversy because it is based on randomised control trials. An open letter signed by 14 leading social work academics said this approach would deny some families “the opportunity to exercise their rights and responsibilities in order to produce evidence for professionals and policy makers”.

Responding to the new review, a DfE spokesperson said: “We are testing the impact that Family Group Conferences can have in improving outcomes for children and families, as well as funding further trials through the Supporting Families: Investing Practice programme.

“The evaluation work carried out What Works for Children’s Social Care will help us to identify how best to support vulnerable children and their families,” the spokesperson added.