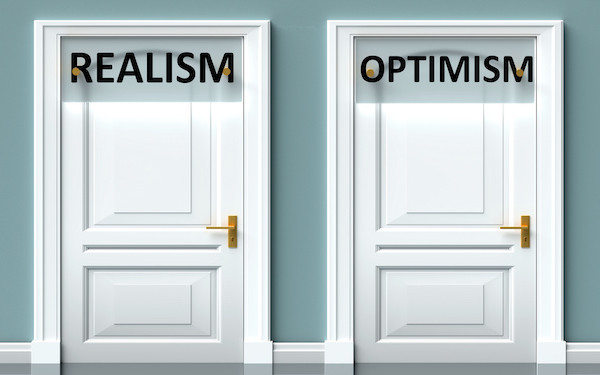 Within child protection social work, ‘the rule of optimism’ is a term that has gained considerable leverage in the context of serious case reviews (SCRs) within the UK.

Often employed as a means of explaining social workers’ naivety and inaction alongside poor risk assessment and decision making, the rule of optimism enables its users to bypass the complexity of practice and social workers’ structural conditions.

Recently, however, the application of the rule has been critiqued by Martin Kettle and Sharon Jackson and also Robert Dingwall, the theorist who originally introduced the term to the social work arena in 1983 through his book, The Protection of Children.

Dingwall argued that the rule of optimism has become “a tool which neglects proper analysis of decision-making contexts” and is instead used as a tool for blaming workers for child abuse deaths. Kettle and Jackson expand this point, arguing that the term has become a “seductive” explanatory device.

They also argue that insofar as it fails to engage with any complexity, those who do use it have the benefit of hindsight and a strong focus on the tragic outcome that precipitated the SCR. This means the perspectives offered through the task of any review will inevitably be skewed by the retrospective bias or a belief that ‘it was known all along’.

Last week, the first annual report of the Child Safeguarding Practice Review Panel was published. It claimed to provide a view of safeguarding practice in England inaccessible to others, after the panel read and evaluated 538 rapid reviews.

As a result, the panel says it has had a privileged position to see “patterns in practice” and offer “unique insights” to support efforts to improve practice and prevent children suffering harm.

It was therefore surprising to read that the panel had discovered professionals had suffered from ‘optimism bias’ in 32% of the rapid reviews analysed.

The authors identified that it was understandable such bias would cloud professionals’ judgment as optimism is, after all, an inherently human characteristic. We are always looking “for the best possible outcome” but, surely, they argued, it was “time to do something about it, and at the very least limit the worst outcomes”.

Rather than provide us with a unique perspective, the authors demonstrate that ‘the rule’ remains a powerful framework through which those with the benefit of hindsight can explain how professionals fail to consider the conditions that lead to human error.

One example given is of a mother who had undertaken two psychological assessments as part of care proceedings: one negative and – most recently – one positive, which the local authority accepted. This informed social workers that her baby should be allowed to go home with her

When the mother had her third child, it was agreed this baby could also return home. Tragically, she was killed by her mother at eight months. The authors argued that “an over-optimistic wish to keep children with their parents had led to the dismissal of overwhelming evidence to indicate this was not in the child’s best interests”.

Any child’s death at the hands of parents or carers is a tragedy that must be explored. But in this context, it is difficult to understand the way in which the panel decided this decision was made as a result of professionals’ inherent desire to hope for the best.

In fact, the professionals appeared to have responded to the information received from the second psychological assessment, which proved positive and most likely recommended the mother was capable of parenting her child. This is not optimism bias but realistic hope.

Having had an initial negative assessment of her parenting, the psychologist has identified evidence that change has occurred. In place of cynical practice, the professionals responded accordingly and decided the situation had improved.

Had there been no serious case review, would this decision ever have been challenged? I sincerely doubt it. It is only because of the SCR that the panel scrutinised the decisions and decided that professionals’ reliance on the second assessment had led to the humans in this context making errors that would not otherwise have been made.

So what does this all mean? A number of things, I believe.

First, it means the professionals in this context responded to the evidence presented to them. They conducted not one but two psychological assessments. They allowed the child to return home following the recommendations of the second, positive one.

Second, it suggests that, rather than social care professionals making errors, perhaps psychological assessments are not as robust as they are deemed to be.

Fourth, it highlights that rather than focusing on the significant rise of children being brought into care, this kind of report diverts attention away from concerns of removal and towards the removal of more children into care.

If social workers are fearful they will be criticised of making optimistic decisions based on evidence that a parent has changed, then wouldn’t it be wise for them to operate with the rule of cynicism? And if that is the case, should we also have child safeguarding practice review panels that carry out reviews of the number of children who have been removed unnecessarily from their families?

Recent government reports in both England and Scotland have recommended there be substantial changes into the way SCRs are conducted – but this review does not add the new or unique practice insights it promises to.

Nor does it mention that the average number of child deaths per annum has remained consistent despite the increasing number of children being removed into care.

It does, however, comfortably recycle familiar problematic terms that have blinded practitioners and Ofsted inspectors for many years. If a review of our system is needed, then we need to spend as much time acknowledging that reports like this one lead professionals to practise in risk-averse ways as we do accepting that in some situations we will never be able to predict when a child will die at the hands of their parents or carers.

Jadwiga Leigh is the director of social work at Lancaster University and director of New Beginnings Greater Manchester (@NewBeginningsGM), a charity that supports families to stay together, including through providing peer mentoring.