Covid-19 outbreaks have hit over 2,000 care homes as concerns mount over death toll

By Mithran Samuel on April 14, 2020 in Adults, Coronavirus 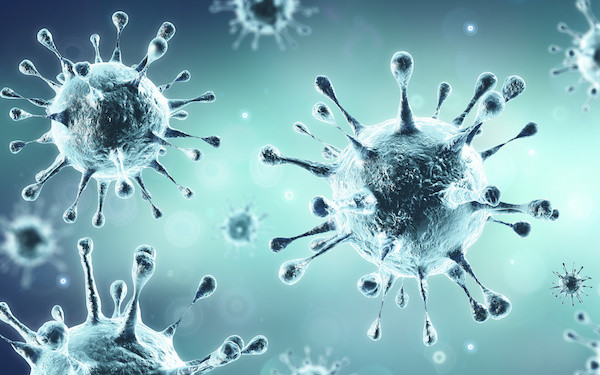 Covid-19 outbreaks have affected over 2,000 care homes, the government has confirmed, as concerns mount over the death toll and impact of the disease on the sector.

Speaking at the government’s daily press conference on Covid-19 yesterday, chief medical officer Professor Chris Whitty said 13.5% of care homes had reported cases and there had been outbreaks detected in 92 within the previous 24 hours.

The Department of Health and Social Care later confirmed that 2,099 homes had been hit by outbreaks during the course of the pandemic in the UK. This is just under 13.5% of the 11,333 residential homes and 4,413 nursing homes registered in England as of 31 March 2019.

After the figures were released, concerns were raised by one of the country’s largest providers, HC-One, that it was an underestimate.

The situation sparked calls from Labour for the government to provide a daily record of deaths in care homes.

The government’s daily updated figures on Covid-19 deaths do not track those recorded in care homes, with the overwhelming majority being recorded in hospitals.

The Office for National Statistics (ONS) reported today that, of 4,122 recorded deaths in England and Wales involving Covid-19 from the start of the year until 3 April, just 217 (5.2%) took place in care homes, though this marks a tenfold increase on the 20 reported as of 27 March.

‘Half of Covid deaths in care homes’

However, official estimates published by the Belgian, French, Irish and Italian governments put the proportion of deaths from Covid-19 among care home residents at 42% to 54%, said research published on 12 April by the International Long-Term Care Policy Network.

“It is important to ensure that the levels of infections and deaths of care residents and staff are not ignored, and there is a danger that, by not attempting to measure them even if imperfectly, opportunities to inform the decisions that policymakers in terms of resource allocations to the care sector may be missed,” researchers said.

One reason for the discrepancy with the ONS figures is that these are based on people’s place of death, not residence, so discount care home residents who died from or with Covid-19 after admission to hospital.

“[The] press conference has exposed the growing crisis in our care homes because of coronavirus,” she said. “Ministers must publish daily figures of deaths in care homes so we know the true scale of the problem and how fast it is spreading.”

Staff are ‘anxious and helpless’

In addition, one of the country’s largest providers, HC-One, said there had been 2447 suspected or confirmed cases of Covid-19 – of whom 311 had died – among residents across 232 of its homes, two-thirds of the total.

Executive chairman David Behan – the former chief executive of the Care Quality Commission – told BBC Radio 4’s Today programme that he thought this was a more realistic picture than that provided by the government. He also discussed the impact on staff, one of whom had died from suspected Covid-19.

“We’ve got staff feeling anxious…that they will catch the virus and take it home to their loved-ones,” he said. “And indeed with this high number of deaths, staff feeling helpless that they are unable to help people who, in many respects, they have cared for for a number of years. So it’s the emotional and psychological impact of this virus that we continue to be concerned with and are offering support to staff at this difficult time.”

The Association of Directors of Adult Social Services said the situation necessitated a “significant rebalancing” of the government’s Covid-19 efforts between health and social care.

“We are extremely concerned and distressed by growing reports of the numbers of people who are dying in care homes and in their own homes, and amongst family carers and our colleagues working in social care across the country,” said president Julie Ogley.

She added: “There are two fronts in our response to Covid-19; social care colleagues and family carers are the first line of defence – protecting our communities, at huge risk to their own health and shielding the NHS from catastrophic demand that would overwhelm it.  Their work is so often overlooked, yet they are giving so much for all of us and the government must give them the tools they need to do their vital work.”

This should include increased support from primary and community health care to care homes, accelerate testing of care staff and a focus on safe, rather than rapid, discharge from hospitals.

At yesterday’s briefing, Whitty said that when outbreaks took place, residents in care homes were being tested.

“In terms of testing, when an outbreak is suspected, the public health authorities will go in and do testing to assess whether an outbreak has occurred, and that is going on all the time and has been going on through this,” he said.

“And that allows the care home staff, who are absolutely fantastic and are doing a very difficult job for the benefit of the people who live with them, they can then isolate people who are symptomatic and try and make sure this does not spread within the care home.”

Government guidance for care homes, published earlier in the month, said they should assess residents twice a day for Covid-19 symptoms – a fever, shortness of breath or a cough – and isolate anyone with symptoms in a single room, with staff using personal protective equipment (PPE) to care for them.

Testing “may be offered” were  there was a single case in the home, while the local health protection team may test up to five residents where there is more than one symptomatic resident, to confirm a potential outbreak.

Kendall also added her voice to provider, council and union concerns about the lack of PPE supplied to care staff, saying the government must “ensure social care has the resources it needs and that vital PPE and testing get to care workers on the frontline.”

The government issued a new plan for the provision of equipment last week, in which it said it was “working around the clock to ensure those working in social care are receiving the PPE they need” after a spike in demand.

Equipment was being distributed through local resilience forums – partnerships of councils, the NHS and emergency services – and designated wholesalers.

However, following the announcement, Nadra Ahmed, chair of the National Care Association, which represents care homes, raised concerns about homes being charged inflated prices for PPE, saying the Treasury needed to remove VAT from essential supplies to the sector.

“The Treasury must remove VAT from all essential items used in social care services immediately, which includes PPE: it should be noted that he did this very early on for the NHS,” she said. “This is equipment which is being sold at inflated prices to care providers who have no choice but to pay over 400% more for items when they can get them; clearly the financial impact of the spend on these item will affect cashflow for providers.”

He added: “Care workers report that protective kit is still being locked away, having to make single-use masks last all week and being told they don’t need masks because residents aren’t displaying virus symptoms. Many talk too of there not being enough essential items like hand sanitiser, gloves and visors to go around.

“Care staff working in residential homes and out in the community feel like they – and the people they care for – are bottom of the priority list for PPE.

“More than 3,500 messages from anxious and frightened employees have been sent via UNISON’s PPE alert hotline since it was created. Many are worried for the safety of the people they look after, their own families and for their own protection.”

5 Responses to Covid-19 outbreaks have hit over 2,000 care homes as concerns mount over death toll