Tender document cites need for more evidence around authorities' approach, including 'emerging' forms of extremism such as 'incel' movement 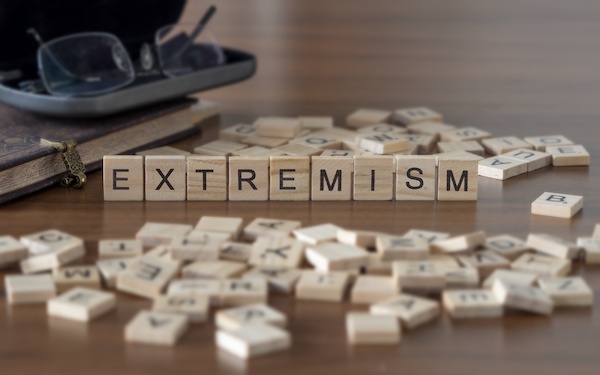 The Department for Education (DfE) is to commission a review of the ways in which children’s services are responding to radicalisation and extremism among young people.

Tender documents published this month seek applicants to conduct research within 10 English local authorities, updating on a 2016 safeguarding and radicalisation evaluation, which found divergent views around the extent to which extremism presents a safeguarding risk.

The government’s Prevent counter-terrorism strategy, founded under Labour in 2006, has long attracted criticism over its perceived excessive focus on the dangers of Islamic extremism, and the potential for this to reinforce negative stereotypes.

But the documentation for the new study said the landscape had “developed in important ways”, with newer forms of extremism – such as the ‘incel’ movement, cited in several attacks in North America – posing fresh challenges alongside established far-right terrorism.

“There is a lack of current research evidence to understand how children’s social care engages with these increasingly varied cases, the consistency of approaches adopted and an understanding of the unique challenges different types of extremism may pose,” the document said.

The new research will aim to gauge social workers’ views on how responses to extremism have developed, assess what useful sources of information and support exist, and highlight best practice to share across the sector.

Jo Finch, a social work academic at the University of East London, said it was important there was more research into the how social workers are dealing with cases involving radicalisation and extremism and described the initiative as a “useful start”.

Five years ago, a survey by Community Care found there was widespread lack of confidence among social workers around their role in radicalisation cases.

Finch, who said she was likely to be part of a bid for the research project, added that in her experience there were still wide disparities in social workers’ knowledge levels and comfort in dealing with extremism.

“In certain parts of country, maybe these issues are not at the forefront [of practitioners’ minds],” Finch said.

“Anything that can help social workers manage these issues, [which lack] a good research base, is a good idea so long as it is not politicised,” she added.

It was positive, Finch went on, that the DfE was extending and updating the scope of influences that could be seen as radicalising, because this may enable a more “nuanced, subtle” and evidence-based discussion.

“The debate [often] gets polarised and cross – people are either for or against Prevent,” Finch said, referring to the agenda’s Islamophobic reputation. “My view is that we need to be engaging with messy middle ground – I am not calling for Prevent to be removed, but for people to be sensible.”

Stephen Cowden, the academic lead for social work at Ruskin College, Oxford, agreed that the proposed study was “very welcome”, adding that social work interventions could be crucial where young people were at risk from various forms of radicalisation.

Echoing Finch’s comments, Cowden also said he hoped the new study’s focus on a range of forms of extremism could shift “simplistic” and “polarised” perceptions around Prevent.

Cowden said he had recently been impressed, during ongoing research he is conducting, at the sophistication of one large urban borough’s response to extremism, and that he was “heartened” that the new study would include a focus on sharing best practice.

“The contextual safeguarding agenda offers a really useful way to think about not just child sexual [and criminal] exploitation but radicalisation too,” he said. “Radicalisation takes place within networks, for example within football supporter groups there may be high-status individuals who argue for racist positions, so we need to understand context and that this isn’t just about individual pathology.”