By Alice Blackwell on September 14, 2020 in Workforce 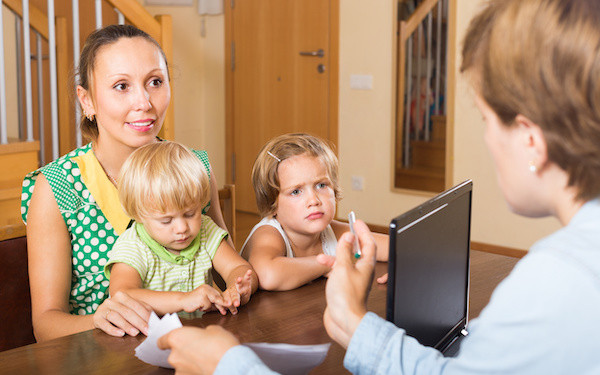 Perceptions of social work among members of the public are “positive”, with practitioners “generally well regarded” for their dedication and commitment to tough jobs, a survey conducted by Social Work England has found.

The research uncovered widespread sympathy for the pressures social workers face, which many respondents felt was under-appreciated, and for the way the profession is portrayed in the media.

The regulator’s Perceptions of Social Work research was conducted between January and March 2020, and included five focus groups with members of the public, an online survey with 1,751 participants and 23 face-to-face interviews with people with lived experience.

Its findings contrast with a YouGov report based on a survey of students, former and current practitioners and issued by Social Work England earlier in September, which found most social workers (76%) do not think social work is respected by society.

The vast majority (96%) of practitioners who contributed to YouGov’s research felt strongly that social workers provide an essential service, with 89% being proud of their profession – although only a quarter (26%) said they would recommend it.

YouGov’s report found that practitioners believe the public’s perception of social work to be poor, and levels of respect to be worse than for other frontline professions such as nurses and teachers. Respondents felt that negative media coverage has fuelled this, with 82% believing the social work profession is portrayed negatively in the news.

The research, which noted that social work tended to attract attention for “rare failings”, nonetheless found the general public viewed it positively, although the specifics of the job were not widely known.

‘An essential service for vulnerable people’

Eighty eight per cent of respondents agreed that social work is important in helping vulnerable people and has the capability to “improve people’s lives and wellbeing”.

Members of the public were also sympathetic to the resource shortages social workers face, with 76% agreeing that that practitioners could do a better job if there were more of them. Seventy four per cent said that the value of social work is not fully appreciated.

“We don’t celebrate all the great stuff that they do,” one member of the public commented.

Among the wider public the general assumption was that receiving help would improve your life – although some saw it as a “sign of inability to cope” and felt there to be a “stigma” around it.

A minority of respondents to the survey had a generally critical perspective of the profession, with 23% thinking social work intervention could make things worse, 19% believing it to be a way of controlling people and 8% saying it would make no difference if it didn’t exist.

Perhaps unsurprisingly, there was little knowledge among the general public about the regulation of social work. Few respondents knew how it was done or by whom, although attitudes to Social Work England were “largely positive” based on an outline of its role and responsibilities.

Four in ten social workers anticipate quitting profession within five years on back of high stress and caseloads
15,000 social workers renew registration in first ten days but three-quarters yet to upload CPD

Children’s Social Workers – Social work in the South 2020
Council failed to consider human rights of couple it separated after 59 years together, says watchdog