Unaccompanied children held for ‘far too long’ at intake unit and some sent to adult centres, say inspectors

By Alice Blackwell on October 27, 2020 in Children 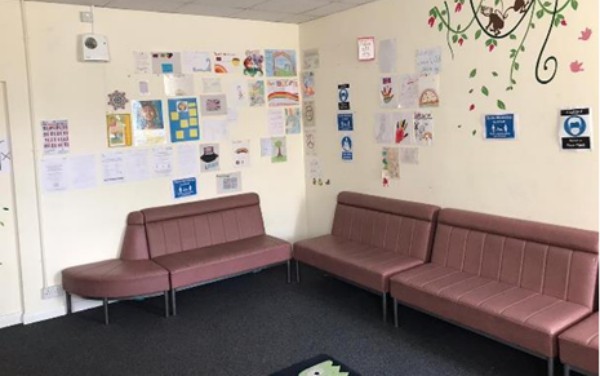 Unaccompanied asylum-seeking children are waiting “far too long” at a Kent intake unit, receiving inadequate welfare interviews and, in some cases, being mistakenly sent to adult detention facilities, inspectors have found.

In a report from an unannounced inspection last month, HM Inspectorate of Prisons (HMIP) found that unaccompanied children were being held at the Kent Intake Unit (KIU) – a “cramped” facility that had no proper sleeping facilities -for 17 hours on average and often overnight with unrelated adults.

Among the 73 unaccompanied children who arrived at the KIU from June to August was one 15-year old boy who was held for over 66 hours. Of this case, the report said: “Electronic records gave no indication of detention in this case having been reviewed, when social services were called or why he was held for so long.”

Kent no longer able to care for children

The waits were partly due to Kent council not having had capacity to accept any more unaccompanied children into its care since August, meaning young people faced a longer wait for social workers to arrive from other authorities.

However, inspectors said they often faced long waits for Home Office welfare interviews that they are meant to receive upon arrival, with interviews for those arriving in the daytime regularly taking place in the early hours of the next morning.

This, said inspectors, suggested the Home Office might have “lost sight of the purpose of the interviews”, which are designed to obtain information about the child’s welfare.

The report, which focused on the detention of migrants arriving in small boats in Dover and also covered other detention facilities, also found that welfare interview records were “perfunctory and demonstrated little meaningful exploration of the children’s welfare”. In some cases children were not always seen by a social worker before being sent to dispersal accommodation, with some older children sent in a taxi.

Inspectors also identified one case of an unaccompanied asylum seeker who was “clearly a child” being sent as an adult to Yarl’s Wood detention centre, without having been age assessed by a chief immigration officer (CIO). Once at Yarl’s Wood, where unaccompanied children cannot be held, he was quickly identified by staff and placed in local authority care.

In the three months before the inspection, three other detainees were transferred as adults without having had a CIO assessment and then taken into local authority care.

While 109 detainees who claimed to be children had been assessed by chief immigration officers to be adults, from June to the end of August, these cases were “very poorly documented and did not demonstrate that their cases had been considered properly”.

Also, no data was kept on the number assessed to be children, nor was the Home Office able to provide information to inspectors on the number of age assessments carried out by children’s services, or their outcomes.

Mitie – the care and custody organisation contracted by the Home Office at KIU – opened children’s care plans, but the report found them ‘tick-box’ heavy and the HMIP saw “little documentation of care”.

The damning report follows concerns raised over Home Office guidance in relation to the work of four agency social workers it has contracted to support children at the KIU, which charities criticised for its focus on age assessments over safeguarding.

One of those charities, Social Workers Without Borders (SWWB), said of the inspection: “The facts contained within HM Chief Inspector of Prisons report speak for themselves. From June to August 2020 it is clear that there has been a catalogue of serious child safeguarding concerns resulting from Home Office practice and procedures.

“It is difficult to see that staff have kept sight of children’s safety and welfare when it is deemed legitimate to carry-out “welfare interviews” in the early hours of the morning”.

The KIU was last inspected in 2016 and the latest report showed that none of the recommendations from the previous inspection concerning unaccompanied children – that they not be held overnight with unrelated adults and are held for the minimum possible period and that those claiming to be children receive a Merton-compliant age assessment – had been achieved.

Need to comply with safeguarding duty

On the back of the latest report, the prisons inspectorate recommended that:

The Home Office has fully accepted both recommendations and, in a service improvement plan, published alongside the inspection report, said that it would be prioritising unaccompanied children by “ring-fencing resources” in the KIU on days of significant arrivals, and work to ensure that they are kept for no more than 24 hours.

It also said staff from its National Asylum Intake Unit would be stationed in Dover to carry out age assessments to ensure only adults are transferred to its Midlands Intake Unit.

In a statement responding to the report, the Home Office said:  “We take the welfare of people in our care extremely seriously. We are fully adhering to our statutory duties to ensure our facilities are decent and humane.

“We have also improved both our facilities and the way we deal with arrivals in response to the unprecedented rise in small boat crossings… We are committed to fixing the asylum system, to make it fairer and firmer, compassionate to those who need help and welcoming people through safe and legal routes.”