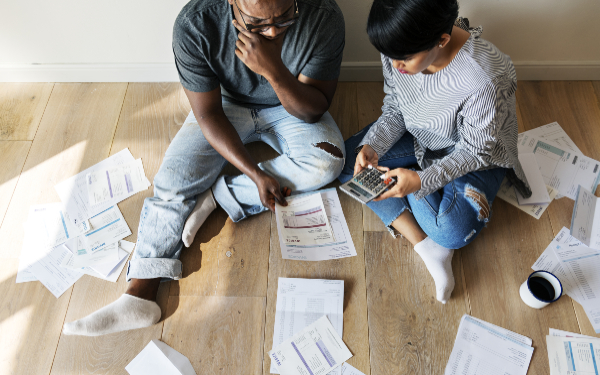 Under the new breathing space scheme, AMHPs are tasked with certifying that people are receiving a mental health crisis service, which is a necessary condition of accessing the mental health aspect of the scheme.

This gives people a moratorium on certain debts for the duration of their treatment plus 30 days, meaning interest and charges are frozen and enforcement action halted. They will also receive professional debt advice to develop a repayment plan.

The scheme also envisages roles for social workers and mental health care co-ordinators in referring people into the scheme, with single points of entry set up to do so in England and Wales.

Social workers, or others involved in the person’s treatment, can also act as nominated points of contact, whose role is to confirm the person is still in treatment or has ceased receiving a service, and support them to engage in debt advice.

More on your role under breathing space

Community Care Inform Adults users can find out more in our new guide to breathing space by Tim Spencer-Lane.

However, only an AMHP can certify that a person is in crisis treatment, which includes being detained in hospital, or removed to a place of safety, under the Mental Health Act, or receiving any other acute, emergency or crisis care from a specialist mental health service.

AMHPs are expected to use a short form, to provide information about the person, certify they are in crisis treatment and confirm they have consented to have their information shared. They must also provide the nominated point of contact’s details.

The new role comes against a backdrop of widespread concerns over AMHP workloads, driven by a long-term rise in Mental Health Act assessments, an ageing workforce and increasing challenges for employers in putting staff through training.

A government impact assessment on the scheme in 2019 estimated that it would take AMHPs 15 minutes to process the form, with a further 7.5 minutes allocated for nominated points of contact to inform debt advice providers that treatment had ended. Given expected caseloads, this amounted to a cost of £250,000 in 2021-22

However, AMHP Leads Network chair Steve Chamberlain questioned the impact assessment in relation to cases where a person may lack capacity to consent to having their information shared.

“This clearly doesn’t take into account any consideration of mental capacity and consent to share sensitive information regarding a person’s mental health crisis,” he added.

In guidance on breathing space issued in April, the Treasury said it recognised “the demanding role AMHPs are already fulfilling” and had “supported an expansion of the AMHP role to provide evidence that a person is receiving mental health crisis treatment”. This has included working with the Local Government Association and Association of Directors of Adult Social Services to ensure AMHPs are able to support the scheme, it said.

The Treasury said that the government would be funding councils to deliver the policy in line with the new burdens doctrine – under which new duties on councils are funded – with allocations for authorities announced shortly.

Chamberlain said the network supported the introduction of the scheme as a welcome recognition that “social crises such as problem debt can and do influence mental health and can cause mental health crisis”.

He added: “The development of a response which can support individuals and provide some respite from social pressures (including problem debt) during a mental health crisis is an important counterbalance to the widespread service response which implies that mental ill health is simply a sign of individual pathology, which can only be addressed by medication.”

However, he said there appeared to be no plans to monitor the scheme’s impact, in terms of number of applications, variation by age, ethnicity or gender and feedback from people receiving the service.

“The AMHP Leads Network is encouraging all AMHP leads across the country, and ADASS, to monitor the use of mental health breathing space and how it is impacting on AMHP services.”

Nearly half of adult social care employers operating with or below ‘bare minimum of skills’, survey finds
Social Worker of the Year Awards 2021 opens for entries
New safeguarding partnerships show promise but hampered by funding issues and lack of government support