By Mithran Samuel on June 11, 2021 in Children, Social work leaders 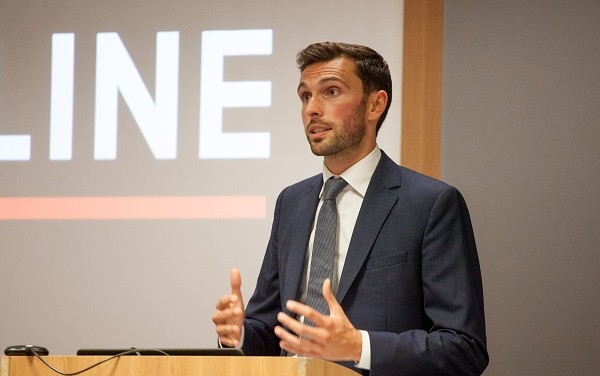 The head of the children’s social care review has urged children’s home provider to cut their fees and profits now after describing current levels as “indefensible”.

Josh MacAlister told a conference of the Independent Children’s Homes Association, which represents private sector providers, that price rises had not been matched by corresponding improvements in quality and some organisations were carrying debts that placed provision at risk.

MacAlister was trailing ideas he is due to set out in a “case for change” for children’s social care, due to be published in the coming weeks.

He said the current placement market was “broken”, with demand from local authority commissioners far outstripping supply, resulting in children being placed far from home and being “cut off from relationships, community and support at a time when they need them most”.

MacAlister added: “I accept these messages may be difficult to receive, and not everyone is making excessive profits, but I believe it is important to lay this out now so that you know my position.

“I would implore those of you who are owners of private children’s homes, particularly large groups, to act with responsibility to bring down costs and reduce profit-making and to be responsive to the needs of children. It is better that plans to make this happen are started now.”

MacAlister’s comments with competition regulator the Competition and Markets Authority carrying out a review into the residential care and fostering markets, which includes a focus on whether profits are coming at the expense of quality.

The issue is a matter of dispute between providers, commentators and councils. In his speech, MacAlister cited figures published in 2020 by the National Centre for Excellence in Residential Child Care (NCERCC) and Revolution Consulting, which identified a 40% rise in independent children’s home prices from 2013-19.

This report said: “Average weekly costs are increasing at a rate ahead of underlying inflation, and there is some indication that the rate of increase has been accelerating.

“There may be several drivers for this including increased complexity of needs, increased spot placement activity outside of price-controlling commissioned frameworks and reported imbalances in demand and supply with places for the more complex children and young people being in severely short supply.”

MacAlister said that there was “no evidence of a corresponding increase in quality of homes or services for children in line with that increase in cost”.

He added: “In too many cases, children’s experiences and lifelong outcomes remain stubbornly poor.”

The care review lead also cited a report by Revolution Consulting for the Local Government Association last year, which found that the 20 biggest independent social care providers* were making combined annual profits of £265m, at a margin of 17.2%.

However, in a submission to the CMA review, ICHA said private and voluntary sector providers were offering value for money, achieving similar Ofsted grades to local authorities at lower cost.

However, in response to MacAlister’s speech, Anntoinette Bramble, chair of the Local Government Association’s children and young people board, said: “Profit levels among the largest providers of children’s placements are increasing at concerning levels.

“Not only should providers not be making excessive profit from these placements, but their income is almost solely reliant on fees paid by councils who are reporting severe budget deficits in children’s services and experiencing substantial impact of Covid-19 on their income.

She added: “We are worried that the trend towards increasing private equity ownership, which relies on high levels of debt, creates a risk of instability and a possible Southern Cross or Four Seasons situation in children’s social care.”

Southern Cross, then the largest adult care home provider, collapsed in 2011 due to its debts, while Four Seasons, itself then the biggest provider, went into administration in 2019 for similar reasons.

*This article originally said, incorrectly, that a report for the Local Government Association by Revolution Consulting said the 20 largest residential care providers made £265m in profit. In fact, it said this profit was made by the biggest 20 independent children’s social care providers, encompassing those delivering fostering and other services, as well as children’s homes. We apologise for the error.