Social workers at Blackpool have more time and feel better equipped to support children and families improve their lives thanks to the council’s investment in them and their practice.

Blackpool, like many places across the country, has been hard hit by Covid-19. However, despite this and other challenges facing Blackpool Council’s children’s services, they have continued to improve, so much so that they were removed from government intervention in March at the recommendation of the council’s former Department for Education-appointed commissioner.

In a report, commissioner Helen Lincoln, Essex council’s director of children’s services, said Blackpool’s services were “stable”, with “good leadership” and that there was evidence that children and families were receiving better services.

At the heart of this improvement, she said, was Blackpool’s investment in social work practice and its practitioners, which meant the town was “developing a reputation as a good place to practise social work”.

The figures speak for themselves. Thanks to an investment of £4.3m since January 2019 in additional staffing, agency worker rates and caseloads have fallen, and a permanent and experienced senior management team are providing the critical stability the workforce needs.

Sitting behind this, the commissioner said, was a “shared sense of purpose”, created by the Blackpool Families Rock model of practice, launched just over a year ago.

This model was co-produced with families in the town and based on what they wanted to see social workers doing: working with them, in a relationship-based way – rather than doing to or for them – and making use of their strengths and the wider community to keep families together.

In her report, Lincoln said families were positive about the approach, including how it put the voice of the child and family at the heart of child protection conferences. In a focused visit in February, Ofsted found that the relationship-based focus of the model was beginning to have a positive impact with young people who were missing or were at risk of exploitation.

As the commissioner made clear, there is also clear buy-in from practitioners. Blackpool participated in the recent social work health check organised by the Local Government Association, for which practitioners were surveyed about their experiences of working for the council. This found that 84% of children’s social workers felt the organisation had a well-defined approach to social work meaning they were clear about their role and accountability, compared with a national figure of 82%.

‘Families no longer feel everybody’s against them’

Jessica*, a senior social worker in one of the council’s strengthening and supporting families teams, is among those who has seen the difference.

“Things have changed a lot. We were doing a lot for our families, we weren’t involving them. Now the child protection plan – it’s a plan for them. They get involved in it. We look at the strengths, if families have a good family support network and how can we use them in our plans around making sure that things are safer. It limits the involvement that we have to have and makes it less intrusive for our families. And they don’t feel like everybody is against them because we are saying, ‘let’s work with you to achieve this’.”

However, in addition, the relationship and strengths-based way that Blackpool’s social workers work with children is reflected in how the service supports its practitioners.

Teams are small – with a manager, senior practitioner and five or six social workers – enabling practitioners to build relationships with their managers and the service to take forward its commitment to reducing caseloads. Supervision for social workers is regular – at least once a month – and reflective, asking practitioners to interrogate what’s working well, what they are worried about and what the impact of this is on the children and families.

“We have changed the way we reflect on children’s lives in supervision and that is really helping the staff focus on the impact of parents’ behaviours on children’s lives and they are saying it’s given them a real learning and development opportunity,” says Blackpool’s principal social worker (PSW).

At the same time, all team managers have been trained in reflective supervision by staff from Stockport council, which supports Blackpool through the DfE’s Partners in Practice programme.

As well as training in Blackpool Families Rock, practitioners have also been trained recently in Blackpool’s revamped neglect strategy and in domestic abuse, reflecting the heightened risks created by the pandemic and lockdown. 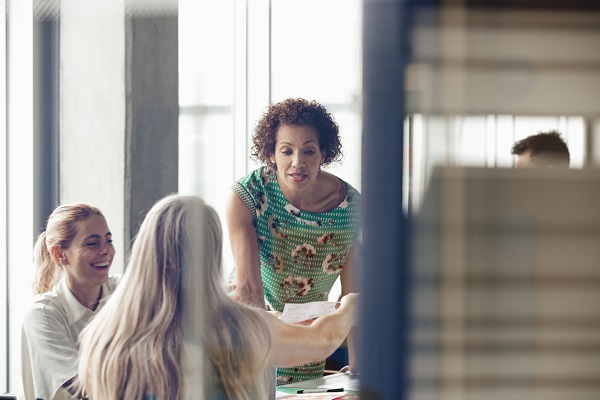 Staff are also clearly seeing the benefits of the stability and support at management level also highlighted in Lincoln’s report.

Sarah*, who works at the front door in Blackpool’s request for support hub, says: “Stable leadership makes a big difference for us as social workers. They are going to be here long term, want to make things better and see it through.”

She says her service manager is very available, works alongside her in the same office and can be contacted when needed.

The PSW also highlights the impact for practitioners of investment in “state-of-the-art IT”, which has been vital in enabling remote working during Covid, as well as reductions in bureaucracy.

“Going to a child protection conference used to involve having to do an assessment, a section 47, and a report for the conference. Now they just have to do one report. We have taken away the bureaucracy, enabling them to work with families.”

Jessica says: “In the last 12 months, I’ve done the most amount of direct work with our families and I think they are engaging with it more. Older children have taken to connecting virtually because it is what they do socially and parents have found it useful because they can meet with us virtually at home without having to travel or organise childcare.”

So why consider working at Blackpool?

Jessica adds: “It’s full of complex issues with poverty, substance use; there is always something that will surprise you in Blackpool. Everyone is dedicated to improvement and doing the best for the families and children in our area and that is what keeps me going.”

* Names have been changed

Are you interested in working in Blackpool’s children’s services. Register your interest below for:

If you are ready to apply, then check out the latest social work vacancies in Blackpool.