Significant deterioration in quantity and quality of workforce has left drugs services reliant on staff with minimal or no qualifications, finds government-commissioned review 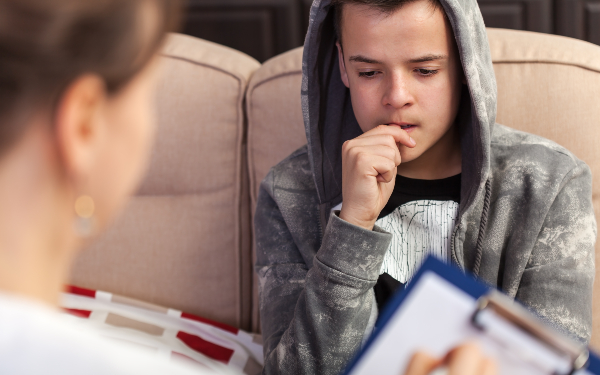 The number of social workers in drugs services should be boosted as part of moves to reverse a “significant deterioration” in the quality and quantity of the workforce in recent years.

That was a key message to ministers from a government-commissioned report into reforming drugs services published today.

The second part of Dame Carol Black’s independent review into substance misuse said too many problem drug users – a group that inclues an estimated 300,000 opiate and/or crack users – were “in and out of treatment for years or even decades, without turning their lives around for good”.

Tackling the current level of harm – which included significant increases in drug-related deaths in recent years – could only be addressed by “reversing the recent disinvestment in treatment and recovery services”.

Funding cuts and ‘virtually no accountability’

Funding for drug and alcohol prevention and treatment services has fallen by 17% from 2014-15 to 2019-20, on the back of a 19% cut in the public health grant given to councils to fund them. Black said this had been exacerbated by the fragmentation of responsibility for drugs services and the fact that councils had “virtually no accountability or recognised standards” for the services they commissioned.

She said funding for low-volume services such as inpatient detoxification and residential rehabilitation had faced particularly significant cuts, and there were “important gaps in provision”, including psychosocial interventions for non-opiate users.

Black linked the latter to a significant depletion in the professional workforce in recent years.

“The drug treatment and recovery workforce has deteriorated significantly in quantity, quality and morale in recent years, due to excessive caseloads, decreased training and lack of clinical supervision,” said Black’s report.

“The only effective treatments for people dependent on non-opioid drugs are psychosocial interventions including cognitive behavioural therapy, yet people with professional skills in these areas are in very short supply. Dedicated social work teams for drugs and alcohol are also disappearing.”

This meant services were increasingly reliant on staff with minimal profesisonal qualifications, and while recommended caseloads were 40 or less, a recent survey found drugs keyworkers carried average caseloads of 50.

“Caseloads of this size have both safety risks and mean that practitioners will not
be able to provide the intensive support needed by some of those in treatment,” she said.

The same survey, answered by 300 drug treatment providers, found a ratio of 0.38 social workers per 1,000 people in treatment.

Black urged the Department of Health and Social Care to commission Health Education England to devise, by the end of 2021, a comprehensive strategy to increase the number of professionally qualified staff.

Among social workers, she said this would increase their numbers by 78 by year five of the plan.

This would be funded by additional funding for local authorities, with the annual £680m provided through the public health grant topped up by an extra £119m in the first year of reforms, rising to £552m in year five.

Besides investing in the workforce, this would fund increased treatment capacity, including a boost to provision of inpatient detoxification and residential rehabilitation, which should be commissioned on a regional or sub-regional basis because of their low volumes.

However, in return, local authorities would have to spend the additional money on the specified services and their performance would be monitored, by the new Office for Health Promotion, against a local outcomes framework.

She said services including employment support – for which she recommended an extra £15m in annual funding by year five – housing and physical and mental healthcare were critical to recovery.

However, she warned that the NHS was “poor at engaging with the wider health needs of drug users with medical co-morbidities” and they were often excluded from mental health services until their drug problem was resolved.

Local co-ordination should be backed by much greater co-ordination in central government through the creation of a central drugs unit to take the lead in setting clear targets for provision, backed by a sponsoring minister, who would report annually to Parliament on progress.

Though the government has not responded to other recommendations in Black’s report, it said it would set up such a drugs unit to co-ordinate work across government with a view to ending “illegal drug-related illness and deaths”.

Office for National Statistics show that, in 2019, 2,883 people people died from poisonings relating to drug misuse in England and Wales, a small fall on 2018 levels but a 73% rise on rates seen in 2012.

Health and social care secretary Sajid Javid said: “Tackling this issue requires strong collaboration across government and the new specialist joint combating drugs unit will help us to do just that.

“I would like to thank Professor Dame Carol for her dedication to this critical work and for producing this accomplished review. We will look closely at these recommendations and publish an initial response shortly on the urgent action we can take to turn the tide on drug-related deaths and get more people access to higher quality services.”

Drugs providers welcomed Black’s recommendations and urged action from the government to implement them.

Mark Moody, chief executive of Change Grow Live, the UK’s largest provider of drug treatment services, said: “Dame Carol is right that we need urgent change. The current situation is intolerable and the people who use our services, the communities they live in, and ultimately the whole country pay the price.”

He urged the government to come forward with a new drugs strategy that ensured “effective, evidence-based treatment” was available everywhere and ended the fragmentation of commissioning.

Turning Point’s national director of operations, Clare Taylor, said: “The proposals for increased professionalisation of the workforce are much needed and we are pleased to see that the review acknowledges the value added by people who’ve experienced addiction themselves working alongside clinicians to support others in their recovery.

“Drug related deaths, which we know are preventable, are at an all time high and the status quo is simply not acceptable. We hope that this review will spur the government to prioritise efforts to prevent the tragic loss of life and the harm done to families and communities by drugs.”

How the government proposes to reform the Mental Health Act
Trusting instincts and the evidence: NQSWs reflect on the past year
‘Deeply loved and respected’: tributes paid to director of adults’ and children’s services