By Rob Preston on October 11, 2021 in Social work leaders, Workforce 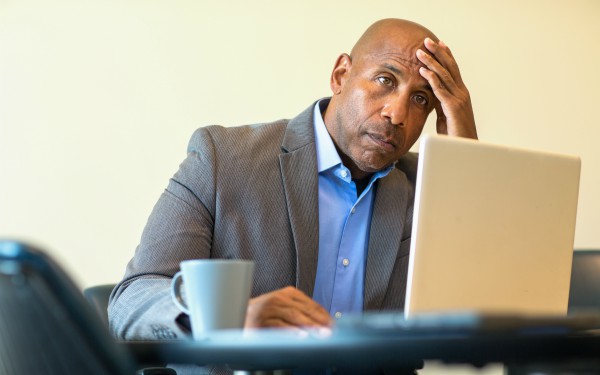 Men and black and ethnic minority social workers are disproportionately likely to fail their assessed and supported year in employment (ASYE), Skills for Care figures have revealed.

From 2018 to 2021, 3.2% of black and ethnic minority social workers failed to complete their ASYE, compared with only 0.9% of white social workers.

In the same period, 4.4% of men failed to complete their ASYE, compared to only 1.2% of women.

The figures are a more comprehensive analysis of the issue of disproportionate ASYE failure rates by race than those provided in Skills for Care’s annual report on the children’s ASYE, published earlier this year.

This found that, in 2018-19, black and ethnic minority children’s social workers accounted for 53% of ASYE fails, despite making up only 26% of those registered under the programme.

On the back of the latest figures, Skills for Care, which manages the ASYE programmes on behalf of the government, said it would seek to address the higher failure rates for men and black and ethnic minority social workers.

Graham Woodham, Skills for Care’s head of regulated professional workforce, said his organisation needed to do more to make the ASYE programme “as inclusive as possible”.

Skills for Care plans to gather more data through its online portal from employers providing ASYE programmes, its annual ASYE survey and its 360˚ evaluation tool, which gathers feedback from participants and those running programmes. It also said it would gather qualitative feedback from newly qualified social workers and assessors through quality assurance and peer review visits to ASYE programmes.

The organisation also pledged to make inclusion ”the cornerstone of the programme”, including in its updates to ASYE paperwork and the evaluation criteria.

Woodham added: “Gathering the extra data will not only help us identify how NQSWs can be better supported through their ASYE, but where we can improve the experience of those on the programme and the experienced social workers who are supervising and assessing those new to the profession.”

Employers urged to have difficult conversations

Following its annual report on the children’s programme, earlier this year, Skills for Care called on employers to:

The British Association of Social Workers praised newly qualified social workers for achieving a 98.8% pass rate from 2018 to 2021, despite some having had to undertake the programme during the Covid-19 pandemic.

“With disrupted training years and entering an environment where caseloads are high and backlogs deep due to the pandemic, this new intake will need additional support than normal in their first years in social work,” said BASW England professional officer Rebekah Pierre.

But she said lower pass rates for black and ethnic minority workers were concerning and highlighted “the structural inequality clearly present in the sector”.

“Social work leaders and organisations must respond with meaningful and tangible actions to prevent already marginalised social workers from being unfairly targeted and disadvantaged,” Pierre added.

While she welcomed Skills for Care’s pledge to make inclusion a cornerstone of the programme, she said that there was “no mention of embedding the voices of Black and minoritised social workers in doing so”

“If the ‘sector experts’ are not from diverse backgrounds, we fear the results will continue to be the same,” Pierre added.

The Association of Directors of Children’s Services (ADCS) similarly said it was encouraging that so many social workers passed their ASYEs from 2018 to 2021, but urged employers to address the lower pass rates achieved by male and black and ethnic minority social workers.

“Diversity in the workplace matters because representation matters, this is true for both direct work with families and at a senior level,” said Rachael Wardell, chair of ADCS’ workforce development policy committee.

“We welcome efforts by Skills for Care to tackle this issue by making the programme as inclusive as possible.

“There is a role for all of us not only to encourage diversity within our workforce but also to create a culture that allows everyone to reach their full potential.”

The Association of Directors of Adult Social Services (ADASS) said it was good that it was important to address the disparities in ASYE pass rates to keep more social workers in the profession.

“While failure rates are relatively low across the board, which should be stressed, there nevertheless appears to be significant variance by ethnicity and gender that, if tackled, could stop people being lost to the profession,” a spokesperson said.

“We need every social worker we train.”

A Social Work England spokesperson said it looked forward to “working with the sector on how to address some of the questions the research has raised”.

‘Deeply loved and respected’: tributes paid to director of adults’ and children’s services