Social workers and local politicians have expressed concern over impact on children currently supported by practitioners, but charity says restructure will enable it to concentrate on preventive work

By Rob Preston on October 29, 2021 in Children, Workforce 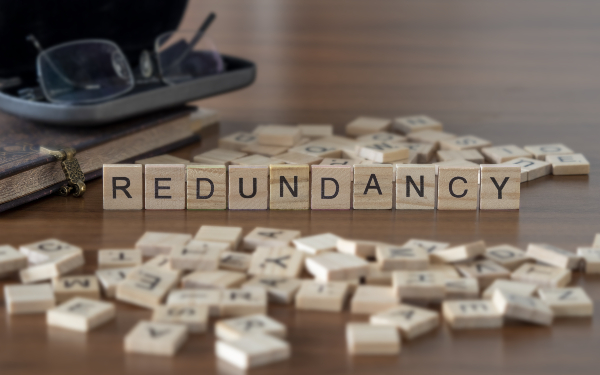 The NSPCC is making 165 roles, mostly held by social workers, redundant as it closes service centres around the country.

Social workers at sites across the UK are finishing their work, which included offering face-to-face support, as part of the charity’s ‘protect and respect’ service for children and young people who may be experiencing sexual exploitation.

One employee being made redundant said they were concerned for the children they worked with while politicians in areas where services are stopping have said it would leave young people in their regions with insufficient support.

However, the charity defended the changes, saying they were designed to shift its focus to more preventive work.

The NSPCC is closing 10 service centres, in Peterborough, Gillingham, Coventry, Newcastle, Sheffield, York, Carlisle, Tidworth, Craigavon and Swansea. It is also stopping face-to-face services at other offices that include Prestatyn, Warrington, Croydon and Blackpool.

As a result of the closures, the charity will lose 165.63 full-time-equivalent roles, most of these held by social workers providing face-to-face support to children.

The NSPCC is offering to redeploy some of the social workers being made redundant to other parts of the charity including new regional “hubs”, the first of which it expects to open later this year. It says it has already redeployed 75 staff members who had been made redundant.

The charity will open seven hubs in Leeds, Liverpool, Nottingham, Swindon, Camden, Cardiff (serving the whole of Wales) and a two-location Northern Irish centre at Belfast and Foyle, and plans to open two others covering Scotland and the east of England.

It is unclear exactly what services NSPCC will offer at the hubs, but it says it will work with other organisations, including councils, to assess children’s need for specialist services, some of which the charity will continue to provide depending on where it considers its resources are best targeted.

The charity’s ‘protect and respect’ programme, in which social workers provided intensive, tailored support to children and families over a six- to twelve-month period from the service centres, will end.

Practitioners at the service centres helped young people aged between 11-19 who had been or were at risk of being forced into sexual activity, both online and offline.

They used trauma-informed and therapeutic approaches to offer a safe space in which to promote learning and reflection to the children, the charity said.

The programme was not designed to be a formal therapy service for highly traumatised children, but worked alongside other therapeutic support from child and adolescent mental health services.

Between 2012 and 2020, it supported over 3,600 young people at risk of sexual exploitation, with almost half of those referrals coming from schools, including more than 200 children during the first Covid-19 lockdown.

Social workers at the affected sites are finishing their current work with children and families but are not taking on new cases.

One social worker told Community Care that the NSPCC had instructed them to prematurely end some support for children with whom they were working, but the charity has denied this.

“A lot of the professionals being made redundant have got over the initial personal shock,” they said.

“But they are now very worried and concerned about what happens to the children they’ve been working with for a long period of time.”

The charity said that any child or family currently receiving an NSPCC service will complete their agreed programme of work.

An NSPCC spokesperson said the charity was “incredibly grateful for everything that our service centre staff have done to support children and their families” and that it was helping the employees being made redundant “in any way we can”.

“We’ve been working with staff on training and suitable alternative employment where possible and we thank all of them for their hard work and everything they have accomplished for children so far,” the spokesperson said.

Community Care Inform’s child sexual exploitation knowledge and practice hub provides social workers with comprehensive guidance and support in managing CSE cases. It includes findings from research, quick tips, including on spotting the signs of CSE, and advice on peer-to-peer expoloitation and direct work. Those with a whole-workforce licence for Inform can also access a supported learning quiz and interactive case scenarios on the topic.

Loss of funding during pandemic

The charity said its restructuring was not an attempt to save money, rather a shift from reactive face-to-face services to more preventive work.

Children’s services and other local public agencies referred children to the NSPCC’s service centres but they did not pay the charity to provide face-to-face services. The charity instead funded these services through donations.

The NSPCC said it lost around £10m during the Covid-19 pandemic but that it has made a lot of that back through fundraising campaigns and a Department for Education grant of £1.6m for its helpline for adults with concerns about children.

It said it began planning the restructure prior to the pandemic with the aim of having the “greatest impact with the funding we have”.

The NSPCC consulted on the changes with staff in June this year, at which point it also discussed the plans with volunteers and other agencies that referred children to it, such as local authorities.

At the end of August, the charity shared its decision to close the service centres and open the hubs with staff, volunteers and other agencies.

Some virtual and face-to-face services will be provided at the hubs, where staff will also work on campaigning and maintaining partnerships with other agencies, including providing a named point of contact for every school in the UK.

Childline and the charity’s helpline for adults with concerns about a child, both of which receive funding from central government, will also continue, as will its abuse prevention programme, ‘together for childhood’, in Glasgow, Plymouth, Stoke and Grimsby.

“With less early help services for families, growing online safety concerns, and the impact of the pandemic, we’re extremely worried about the risks facing children,” the spokesperson said.

“Our work to prevent abuse has never been more important and we’re confident that these changes will help us have the greatest impact, with the funding we have, in keeping children safe across the country.”

‘A tragedy for young people’

Clive Johnson, a Labour councillor for the Conservative-run Medway council in Kent, said he was concerned over the loss of social workers’ expertise from the NSPCC Gillingham service centre’s closure.

The charity is making around 12 social workers redundant in Gillingham, as the service winds down, and plans for its regional hub in Camden, north London, to provide some services for children in Kent in future.

Johnson said the hub in Camden was “not really going to be of use to anybody in Medway” as children and families “would have to physically get to Camden”.

He said the work NSPCC provided at the Gillingham centre was “vital to us” and he had “real concerns about what’s going to fill that gap, if anything”.

Johnson said he was particularly concerned about the loss of social work expertise in the area, saying “it’s a real shame if that expertise is going to be lost to the system”.

“The NSPCC are major players in safeguarding and in services for young people… Nationally, we are going to be losing those services and expertise and that’s a real tragedy for the young people,” he said.

Medway council has taken on some of NSPCC’s ‘domestic abuse, recovering together’ programme, which works with child domestic abuse victims, in the area.

At the Prestatyn site in north Wales, the NSPCC is making 12 practitioners redundant, although the call centre for Childline will remain at the site.

Dr James Davies, MP for Vale of Clwyd, has urged the charity to reconsider the withdrawal of its face-to-face services in the area, expressing concern about the charity’s plan to provide services for the whole of Wales from its hub in Cardiff.

“I have highlighted that the location of a hub in Cardiff will be of little use to local people,” he wrote in July.

“The NSPCC does vital and important work and they must have the freedom to choose the nature of the services they offer and how they deliver them, but I have urged them to reconsider their plans to withdraw the existing face-to-face provision in north Wales.”