Raft of new transparency measures, including publication of more decisions, aims to increase learning opportunities for professionals, as well as public confidence in the system

By Joanna Silman on November 4, 2021 in Children 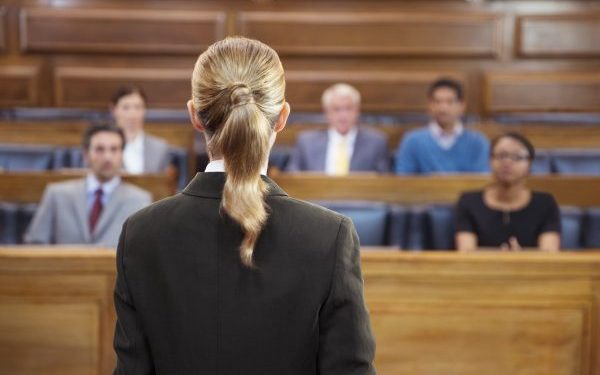 Routine family court hearings will be opened up for reporting by journalists and bloggers, under plans to increase transparency unveiled last week.

President of the family division, Sir Andrew McFarlane, said a culture shift to “open justice” was required to increase public trust, and could be achieved while maintaining children’s anonymity.

“Justice taking place in private, where the press cannot report what has happened and where public information is very limited, is bound to lead to a loss of public confidence and a perception that there is something to hide,” he wrote in conclusions to a review of transparency in the family courts.

In the report, Confidence and Confidentiality, Sir Andrew noted greater openness in the family courts had been discussed for at least 30 years but progress had been “glacial” due to tension between that goal and the importance of safeguarding children and their privacy.

He argued, however, that the two concerns were not “mutually exclusive” and that his proposals – based on the work of a panel that he chaired – addressed both.

These include requiring family court judges to anonymise and publish at least 10% of their decisions, “a very significant increase”, said Sir Andrew. He said this would generate greater knowledge of how the courts approached mainstream cases, “not just the high profile or most serious issues”.

As well as countering the “serious reputational damage” the family justice system faces amid accusations of secrecy and anonymous accounts of negative experiences, the president said his proposals would give professionals more information about what happened in courts around the country, as the current lack of transparency meant educational opportunities were missed.

“The Family Court is currently not sufficiently transparent even to those, in particular the judges and the social work professionals, who are working within it,” he said, arguing that more dissemination would help enable improvements in practice.

The report outlined “very clear rules” to maintain children and families’ privacy and to ensure that details of abuse were not made public, either in media reports or published judgments. Sir Andrew said he would issue guidance on this.

He said there would be a further consultation on “the approach to the naming of local authorities, treating clinicians, social workers and experts”.

In addition to these measures, the president proposed:

The procedure rules governing family court cases mean that they are usually held in private, unless the court directs otherwise. This differs from, for example, the Court of Protection, which sits in public.

Although accredited reporters have been allowed to attend family courts since 2009 (unless restricted for child welfare or to protect witnesses), reporting on hearings when a court is sitting in private would place them in contempt of court under section 12 of the Administration of Justice Act 1960 (AJA). Proceedings involving children and families heard by magistrates, district and circuit judges therefore rarely receive press coverage; cases reported in national and local media and by bloggers are usually those that are appealed in higher courts.

As ‘first instance’ judgments are also not routinely published, the president said this meant most family court work “is not open to any form of outside scrutiny or appraisal”.

“In recent times, cases, which have rightly been highlighted as causing concern, have only come to the attention of the media by being heard in public on appeal. Had an appeal not taken place, it is unlikely that the public (and indeed the court system) would have become aware of what the various appeal judges held were significant judicial errors,” he continued.

Sir Andrew said he would make changes to the Family Procedure Rules 2010 to allow reporting so that journalists and bloggers would not be in contempt of court. He expressed support for Parliament reviewing whether section 12 of the AJA should be repealed and replaced but said that was not a matter for the judiciary.

The president said he shared the view of most who gave evidence to his review that “total public access” to Family Court hearings was not currently justified.

Sir Andrew said he anticipated a short consultation process on the detail of implementing the proposals, with a trial of allowing the media to report on cases in one urban and one rural local authority area to start soon, monitored by a transparency implementation group he would establish and by children on the Family Justice Young People’s Board.

These pilots, and establishing communication with local and national media, were intended to ensure that unforeseen issues could be dealt with before a national rollout, as well as finding ways to mitigate concerns that journalists may misunderstand or distort proceedings in pursuit of a ‘good story’.

Sir Andrew said his initial view was that journalists and bloggers attending court should be allowed to read position and witness statements to assist their understanding of proceedings, but not see medical reports or primary documents such as police disclosures.

He also set out similar approaches for both media and judges publishing their decisions, to ensure children were anonymised and to prevent ‘jigsaw identification’ – prohibiting details of, for example, schools, hospitals and localities being published.

The review found that “the voice of children and young people on this issue is strong and clear; they do not wish to have their personal information and the detail of their lives made public”.

The president said he would consult further on how to ensure detailed accounts of abuse – which were both “inimical to the interests of the child, [and] also may be picked up and circulated by those who trawl the web with a perverted interest in such material” – were not included in any published judgments.

He acknowledged that judges were likely not following 2014 guidance to publish judgements in certain categories of case because of “the increased burden that the task of proofreading and anonymisation places” on an already stretched workforce. Sir Andrew said he would press for the establishment of an anonymisation unit within Her Majesty’s Courts and Tribunal Service that could undertake anonymisation through “human input and/or software”.

Cafcass said it supported greater transparency to improve public understanding of the family courts, assessments and outcomes, as long as children’s wishes and feelings are respected.

“A child or young person learning about their background through media reporting, or details of their family life becoming known within their community could be potentially harmful. They must have their welfare and their need for privacy respected, particularly as we know that children and young people have expressed a wish for their stories to remain out of the public domain,” it said in a statement welcoming the review.

The Transparency Project, a legal education charity that campaigns for a more open family justice system and, like Cafcass, gave evidence to the panel said it was “thrilled” with the review, which referenced a number of its initiatives to publish information within the existing legal framework.

The project’s chair, lawyer Lucy Reed, said the president’s conclusions held great potential for addressing “current levels of distrust and misinformation about family courts” and how this could be achieved responsibly.

She commended the approach to confidentiality and said that the group had told the panel that “those representing and working with older children [needed] to become used to discussing these issues with them so that they could give informed consent or make informed objections to publication of information about their case.” The project suggested that Cafcass might develop materials to support professionals in this work.

In response to the report, chief social worker for children and families Isabelle Trowler tweeted:

“Pleased to have given evidence to the Panel & to see this as the outcome. Well done to all those who have campaigned for greater access, all understanding the need to keep on protecting the interests of children as part of this greater good.”

2 Responses to Family courts hearings opened up to media reporting