Court will usually not need to approve jabs for looked-after children even if parents object, says judge

By Rob Preston on November 11, 2021 in Children, Social work leaders 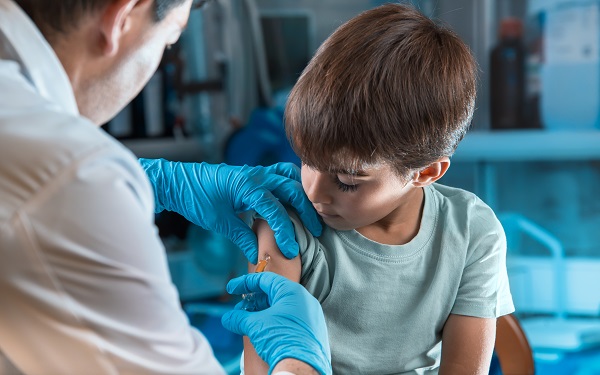 The High Court has ruled that local authorities can usually arrange for children in their care to have Covid-19 and flu vaccines even when parents object.

At a family court hearing last week, Mr Justice Poole ruled that authorities could generally agree the vaccination of children for whom they have a care order without court approval, despite parents’ objections, so long as:

The judge said that, in those circumstances, councils could rely on their powers under section 33 of the Children Act 1989. This stipulates that authorities with a care order have parental responsibility for the child and can determine the extent to which others, such as birth parents, can exercise their own personal responsibility, so long as doing so is necessary to safeguard and protect the child’s welfare.

No ‘carte blanche’ for authorities

Mr Justice Poole said this did not give councils “carte blanche” to arrange any type of vaccination for looked-after children.

Drawing on case law, he said that the powers under section 33 could not be invoked in relation to “serious or grave matters with profound or enduring consequences for the child”, which could not be ruled out in cases of vaccination.

Also, parents could invoke the High Court’s inherent jurisdiction or apply for an injunction under section eight of the Human Rights Act 1998 to prevent their child being vaccinated, in order to obtain a court ruling on the matter.

But he said in most cases, councils can arrange Covid-19 and flu virus vaccinations, even when there is parental objection, without having to applying to the court for approval.

The government is running a national campaign offering Covid-19 vaccinations to children aged 12 and over, and it has extended its offer of flu vaccines to those in years 7 to 11 (generally those aged 11 to 16) this school year, having previously only rolled out the jab in primary schools.

The court considered a case in which a 12-year-old boy, who had been in the care of a local authority under a care order since 2015, wanted to take the Covid-19 and winter flu vaccines.

His guardian and local authority supported his decision to be vaccinated, as did his father, but his mother was strongly opposed and sent a “vaccine refusal declaration” to the council in September after the government announced that children aged 12 to 15 would be offered the Covid-19 jab.

After receiving the letter from C’s mother, the council applied to the High Court, to test whether it had the right under section 33 of the Children Act to arrange and consent to a flu and Covid-19 vaccine for the boy or, if not, whether the court could invoke the inherent jurisdiction to enable it to do so..

Before the hearing, C’s health adviser told his social worker that the boy had no medical issues that raised concerns about the administration of the Covid-19 vaccine.

Judge Poole rejected C’s mother’s application for the case to be adjourned so she could seek legal representation and the court could receive expert advise, ruling that the issues were not complex, her position could be simply stated and was clearly understood and that any delay would be against the boy’s interests.

In its evidence the council relied entirely on the guidance put out by the UK Health Security Agency in relation to its national programmes of vaccination for Covid-19 and flu.

But the judge dismissed C’s mother’s material submitted as evidence, which he described as “anti-Covid-19 vaccination propaganda”.

He said: “The material is devoid of evidence or even rational argument and does not point to any peer-reviewed research evidence that raises any significant concern about the efficacy or safety of either vaccine.”

The boy told his children’s guardian that he was frustrated by his mother’s opposition to his being vaccinated, which he said was not “smart”.

In her position statement, the children’s guardian said she was satisfied that C understood the decision he was making about vaccination and had weighed up the evidence.

She said he was particularly concerned about not wanting to infect a disabled child in his current placement.

The Court of Appeal ruled in another case last year that a local authority could arrange and consent to a child in its care being vaccinated if it believed it was in the child’s best interests, but this had not been tested in relation for Covid-19 or winter flu vaccines.

It had also concerned vaccinations for infants or young children rather than 12-year-olds such as C.

Judge Poole said the principles set out by the Court of Appeal applied just as much to the Covid-19 vaccination for 12-15 year olds and the winter flu virus vaccination for children in school years 7-11.

He said C’s relatively more mature age than those in the Court of Appeal ruling could also raise an issue of whether the boy was Gillick competent to make his own decisions.

Judge Poole said he had not undertaken a Gillick competence assessment of C because both he and the local authority consented to his being vaccinated.

But Judge Poole was satisfied that a local authority with parental responsibility for a child in its care could arrange and consent to them being vaccinated for Covid-19 or the winter flu virus if the child is either not Gillick competent or they are and consent.

He said a council could do this even if the child’s parents objected so long as the vaccines were “part of an ongoing national programme approved by the UK Health Security Agency” and the authority was satisfied they were necessary to “safeguard or promote the individual child’s welfare”.

“There is no requirement for any application to be made for the court to authorise such a decision before it is acted upon,” he said.

Judge Poole said that although the local authority did not need his approval, he thought it was in C’s best interests to have both vaccines given the “balance of risks of having and not having the vaccinations, and C’s own wishes and feelings”.