By Rob Preston on November 22, 2021 in Children, Social work leaders 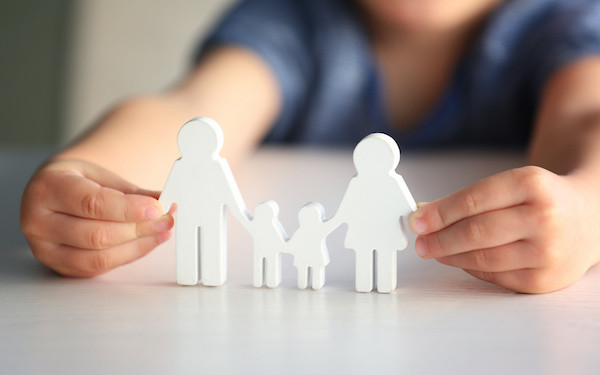 The number of children adopted from care fell to its lowest level in 21 years in 2020-21, Department for Education (DfE) figures show.

However, the number of unaccompanied asylum-seeking children (UASC) in care fell by a fifth, a second consecutive annual drop, to 4,070, its lowest level in six years.

Spending on children in care could hit 60% of councils’ children’s services budgets by 2025, up from 42% in 2015, without system reform, a report warns today.
The study for the County Councils Network (CCN) by consultants Newton is the latest to raise concerns about the shift in children’s services spending from early to late intervention in recent years, a key theme raised by the children’s social care review.

It said that spending on children in care in England rose from £3.8bn (42% of children’s services budgets) to £5.3bn (51%) from 2014-15 to 2019-20. This was driven by a 12% rise in the rate of children taken into care and rising unit costs, which the report said was, in part, driven by a shift from fostering to more expensive, and increasingly costsly, residential care placements.

The research does not reference the fall in the number of children in need or on child protection plans in recent years, and its data does not cover 2020-21, when these numbers both fell and the care population grew more slowly than in preceding years.

The long-term decline in adoptions from 2014-15 followed two court rulings in 2013, re B and re B-S, which stated that adoption orders should be made only when there was no other alternative, such as placing a child with birth relatives.

It now takes two years and two months for a child to be adopted on average, which has increased steadily since 2018, when it was one year and 11 months. In 2021, the average time between a child entering care and being placed for adoption was a year and four months. It then took a further 10 months, on average, for an adoption order to be granted and the adoption to be completed.

In its latest adoption strategy, published in July, the government said it wanted to cut waits for children with a placement order to less than 18 months, saying it was “unacceptable” that 1,000 children were waiting longer than this. The government has made this one of its key targets for the next three years.

“For children with a plan for adoption, the quicker we can move them out of care and into a permanent family, the better,” said Sue Armstrong Brown, chief executive of charity Adoption UK. “Waiting in care can mean multiple moves to different homes and a high level of uncertainty. This can pile trauma on top of trauma.”

The latest figures show that the average age of a child at adoption rose by three months in 2020-21, to three years and three months, the same level as in 2018. Adoptions for Asian/Asian British children and Mixed/multi-ethnic group children leaving care fell by a higher-than-average rate in 2020-21, of 25% and 24%, respectively. In its strategy, the DfE highlighted the long waits faced by children from ethnic minorities and prioritised recruiting more adopters from ethnic minority communities.

“We know the pandemic has had a significant impact on agencies in securing permanent homes for children,” a DfE spokesperson said.

The spokesperson added that adoption numbers had recovered since the turn of the financial year in April.

“Data from the Adoption and Special Guardianship Leadership Board shows that, as of June 2021, the adoption system is recovering, with adoption orders and special guardianship orders back to pre-Covid levels,” they added.

Most SGOs were granted to relatives or friends – 88% – with the rest mainly to other former foster carers. The average age of children leaving care on an SGO increased by three months to six years and one month.

Dr Lucy Peake, chief executive of charity Kinship, welcomed the increase in special guardianship orders but urged the government to offer more support to such arrangements.

“Despite significantly more children leaving care on a special guardianship order than an adoption order, support is often not available even where children have complex needs,” she said. “Seventy per cent of kinship carers we surveyed stated that they didn’t get the support they needed from their local authority.

“We want to see a government strategy that values, recognises and financially invests in kinship carers who sacrifice so much to give children the love, care and support they deserve.”

Andy Elvin, chief executive of fostering charity TACT, also called for the government to offer as much support to special guardianship arrangements as it did for adoption.

“Despite successive governments, back to Blair, having a myopic focus on adoption, it is clear that the direction of travel is that more kinship arrangements will be created alongside more foster carers taking SGOs,” he said. “It is about time that serious focus and resource was put into supporting kinship families. Occasional one-off grants aren’t investment, they are window dressing.”

The number of children leaving care lagged the average for 2018-20 during the first Covid-19 lockdown in England from April to August 2020, but it matched the long-term trend from September 2020 onwards. DfE said the annual decline is likely to have driven an increase in the average length of time care leavers had spent being looked after, which rose by 79 days year-on-year.

Katharine Sacks-Jones, chief executive at charity Become, raised concerns about the increasing number of children who are forced to leave the care system when they become 18. In the year to March 2021, 38% of children that left care had their looked-after status removed on their 18th birthday, , up from 31% in 2017-18.

She called on the children’s social care review to “reimagine the concept of ‘leaving care’ to ensure care-experienced young people are offered the support they need and deserve as they move into adulthood”.

The number of children entering care lagged the average for 2018-20 consistently across the year to March 2021, with the largest year-on-year decline in January 2021, the start of the third national lockdown.

Elvin said while the fall could be due to lockdown measures, it might also be a sign of “better preventative work with families or increased use of kinship arrangements”.

But Cathy Ashley, chief executive of the Family Rights Group, expressed concern about the growing number of children in care overall.

“Many professionals feel overstretched and overwhelmed and too many children and families do not get the direct help they need early enough to prevent difficulties escalating,” she said. “The lack of resources, poverty and deprivation are making it harder for families and the system to cope, and this has worsened during the pandemic.”

Charlotte Ramsden, president of the Association of Directors of Children’s Services, said: “Referrals to children’s social care reduced significantly during the periods of national lockdown which was a worry for us, however, local authorities up and down the country worked hard to make sure they were there providing support for those children and families who need it the most.

“We are only now seeing some of the emerging signs of the impact of the pandemic with families presenting greater complexity of need, but the lasting impacts will remain with us for years to come. It is essential that we have both the capacity and resources to meet these needs as quickly as possible.”

The number of asylum-seeking children fell by 20% on the previous year, likely driven by travel restrictions during the year.

Following the drop, asylum-seeking children accounted for 5% of all looked-after children in March 2021, down from 6% a year earlier. However, numbers remain higher than the period between 2004 and 2015.

Kent and Croydon had the most asylum-seeking children in their care in March 2021, with 291 and 211 children, respectively. This reflects Kent being a major port of entry and Croydon being where a Home Office asylum intake unit is based. Most asylum-seeking children – 52% – were in the care of local authorities in London or the South East in March 2021, a decline on 56% the year before.

The situation has seen Kent stop taking asylum-seeking children into its care twice in 2020 and 2021, and Croydon’s level of unaccompanied children implicated in its significant financial problems.

This Home Office has sought to tackle the concentration of aslum-seeking children in a few authorities by relaunching its voluntary national transfer scheme, in July this year, so that responsibility for children is distributed more evenly between regions.

Anti-trafficking organisation Love 146 said the 20% annual fall is likely linked to a 15% drop in the number of children arriving in the UK and claiming asylum during the same period.

But it expressed concern that the Home Office had placed some asylum-seeking children in hotels over the past year despite the decline in numbers. The Home Office’s use of hotels as temporary accommodation for asylum seekers has increased since March, with 70 children in such places in September this year.

“This highlights the significant need for trained specialist carers, particularly as the impact of the Covid-19 pandemic starts to lessen and routes for unaccompanied minors to seek asylum in the UK start to re-open,” a spokesperson for Love 146 said.