Decision not to disregard holiday carer costs, which meant man could not go on holiday, was based on inflexible decision-making, says ombudsman

By Mithran Samuel on November 22, 2021 in Adults, Social work leaders 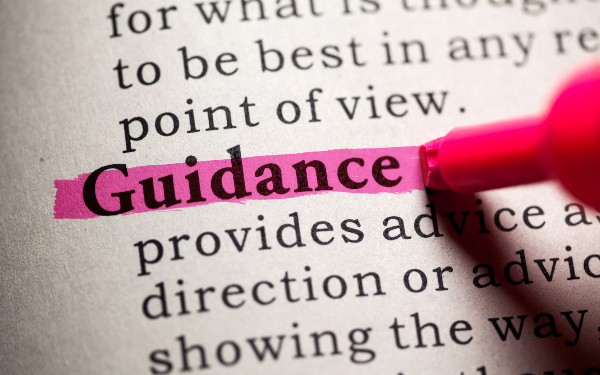 A council failed to take into account a man’s circumstances in deciding not to disregard the the costs of a holiday carer from his financial assessment, which meant that he could not go on holiday.

The Local Government and Social Care Ombudsman has asked Northumberland council to review its decision not to consider this cost as disability-related expenditure (DRE) after finding that it had caused Mr X an injustice as a result of its “inflexible approach”.

While the watchdog said it could not tell the council what to consider a DRE, it judged Northumberland was wrong to decide it could not include holiday travel and accommodation costs for a carer because it was not an eligible need.

The ombudsman pointed to the Care Act 2014 statutory guidance, which states that flexibility is needed in determining what constitues a DRE.

As well as asking the council to review the decision, it recommended that it apologise to Mr X and pay him £200 for time and trouble caused in pursuing the issue with Northumberland.

In response, the authority stressed that the ombudsman had not found that it made the wrong decision or that such expenses should  always be considered DRE.

What the law and guidance say

The Care and Support (Charging and Assessment of Resources) Regulations 2014 state that, where a council takes account of any disability benefits a person receives as income during a financial assessment, it should disregard any disability-related expenditure (DRE) the person incurs. The regulations say that DRE includes payments for community alarms, privately-arranged care services that the person requires and any specialist items needed to meet the adult’s disability.

The Care Act statutory guidance expands on this to give a non-exhaustive list of such specialist items, which includes buying, maintaining or repairing disability-related equipment, above-average heating costs, domestic help or cleaning, transport costs or any expendture related to special dietary needs. It stresses that DRE must be “necessary”, in order to meet any needs not being met by the local authority, but also that “any reasonable additional costs directly related to a person’s disability should be included”.

In April 2019, the council changed its charging policy, which meant that some people paid more for their care. In August of that year, following a DRE assessment, the council concluded that holiday travel and accommodation costs for a carer for Mr X did not count, on the basis that they were a choice, not a requirement. Mr X then complained.

In subsequent discussions and correspondence with Mr X and his father, the authority said that, as taking a holiday was not among the 10 outcomes listed in the Care Act eligibility regulations, it could not count as DRE. It added that the “clear message” from the descriptions of DRE in the Care Act statutory guidance (see box above) was to “take account of costs which are necessary, in a fairly narrow sense”.

In further correspondence with the ombudsman, after Mr X referred his complaint to the watchdog, Northumberland, citing the Care Act guidance, said there may be some costs considered to be DRE even if they were not included in the person’s care plan, for example, bath towels for Mr X.

It also said that it may provide support for people to go on holiday but only when this was assessed as an eligible need, for example, for respite. This was not the case for Mr X.

“Since we had not assessed that [Mr X] had an eligible need under the Care Act regulations which required him to spend money on the costs of taking a care worker on holiday with him, we would not have considered those costs to be DRE,” the authority told the watchdog.

However, the ombudsman found that the council had taken an “overly rigid approach” in deciding that, because holiday carer costs did not meet an eligible need for Mr X, they could not count as DRE. As a result, it had not considered the merits of Mr X’s case, causing him injustice.

While the council denied it had “fettered its discretion” in this way, the ombudsman found that it had considered itself bound by its assessment of Mr X’s eligible needs in deciding whether holiday carer costs should count as DRE.

“The council was, therefore, limiting or restricting the exercise of its own powers by conflating the assessment of DRE with identifying eligible needs and care and support necessary to meet those needs. That approach does not appear to allow
for exceptions or consideration of individual circumstances as part of the financial assessment,” the ombudsman said.

He cited the Care Act statutory guidance’s position that councils should be flexible in deciding what was DRE and should not stick to what was necessary for the person’s care and support. The council needed to undertake a “distinct decision-making process” in determining DRE during a financial assessment, rather than rely on a prior needs assessment, the ombudsman added.

Ombudsman ‘did not find wrong decision was made’

A Northumberland council spokesperson: “What the ombudsman’s report states is that the written explanations which we gave of our decision in this particular case gave the impression that we had not considered all of the issues which we should have done.  This is a criticism of the process which we followed.

“The report does not say we made the wrong decision, or that this kind of expense should always be taken into account.  In fact the ombudsman agreed that it is reasonable for the council to say that it does not ordinarily make a special allowance for holiday expenses, so long as we consider whether there are special individual circumstances.

“We will make sure that in future we consider fully all arguments which people put forward about their individual circumstances, and explain how we have taken those into account in making the decision.”