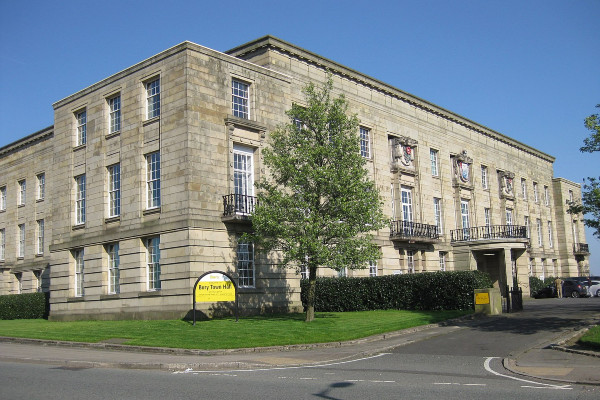 Turnover of senior leaders at Bury children’s services has fuelled ‘turmoil, instability and drift’ at all levels, leaving children at risk of significant harm, Ofsted has warned after an inspection grading the council ‘inadequate’.

Inspectors found that since a focused visit in autumn 2020 there had been “mounting concerns” about case volumes, staff turnover and the resulting impact on children and families.

But despite operational managers persistently raising the alarm and requesting extra capacity, little action had been taken until recently, with the departures of a string of senior bosses including the director and assistant director of children’s services leaving services rudderless.

Ofsted noted that the council was making efforts to get a grip on the situation, having commissioned the Local Government Association to conduct a peer review – resulting in an improvement board being set up to drive progress. It has also appointed experienced DCS Jeanette Richards, formerly of Blackpool and Blackburn with Darwen councils, initially on a six-month interim basis.

But inspectors said it was “too early” for new senior leaders to have brought about significant changes in the quality of practice. The council was also struggling to embed a new practice model – because staff were too busy, were not staying in posts and were fatigued by online learning during the pandemic – which was exacerbating the situation.

‘Assessments not focused on impact of harmful experiences’

The most worrying findings from the inspection related to Bury’s services for children in need of help and protection, who Ofsted found were being failed in multiple ways.

Opportunities to identify risk at an early stage were being missed because of a lack of understanding around the impact of cumulative harm – especially around domestic abuse – at the front door, which had become less effective in part because of Covid-related disruption to co-location of agencies.

Thresholds were not being consistently applied, inspectors found, with some children being directed to early help when they should have received a statutory social work assessment.

Where assessments were taking place, Ofsted found they were “mostly overly focused on adults and concerned with the presenting problem, to the detriment of understanding the impact of cumulative harm on children’s broader needs and risks”.

“Parental capacity for sustained change is not consistently considered in assessments,” the inspection report said. “They are too often based on parental self-reporting, and are not regularly updated when circumstances change [meaning] that assessments are not focused enough on the impact of harmful experiences on children, which leads to over-optimistic decision-making and unidentified risk.”

Against the backdrop of high staff turnover, many children were experiencing delays in having plans progressed. Meanwhile others were not being adequately protected because of an over-reliance on “unrealistic” written agreements with parents.

“When parenting does not improve, timely authoritative action to escalate into the pre-proceedings stage of the public law outline is not always taken, leaving some children in ongoing situations of neglect,” Ofsted found. “Once cases are escalated into pre-proceedings, there is inconsistent management oversight to support timely applications into court should change not be achieved.”

Inspectors found services for children in care and care leavers were less troubled, grading them ‘requires improvement’ and noting that most children were entering care in a planned way.

Ofsted said senior managers had improved the quality of social work practice and children’s experiences by commissioning a new specialist court team in order to get on top of excessive caseloads.

‘However, some children have waited too long in neglectful or harmful circumstances before coming into care and this has increased the complexity of their needs,” they said. “In some cases, placement decision-making is influenced by the lack of foster placements to meet the needs of vulnerable children.”

Inspectors also found that inconsistent assessments of parents and connected carers were delaying court proceedings – already held up by the pandemic – for some children.

They warned that high levels of agency staff also meant that too many children were experiencing multiple changes of social worker, impacting negatively on their ability to form relationships.

“The council and its partners began work earlier this year to improve our children’s services and we have already taken immediate action to keep children safe,” he said. “We are determined now to make a positive difference quickly while at the same time putting in place the long-term improvements needed.”

“Jeanette Richards will lead our improvement in how we protect vulnerable children – there can be no higher priority than keeping children safe,” he said. “She will also support our social workers – theirs is a tough job and we will support them to reduce their caseloads.

“Linda Clegg, who is an independent expert in children’s services, is chairing our improvement board and she is providing us with challenge and support,” Little added.

“We know we have a great deal of work to get [back to services being ‘good’],” he said. “We will provide the support our frontline social workers need as they work together with families, schools, health services, police and the voluntary sector to keep children safe and to support them achieve their potential in life.”