AMHP training has traditionally focused more on identifying nearest relatives than supporting them. However, there is much that can be done to improve nearest relatives' experience of MHA assessments, research finds 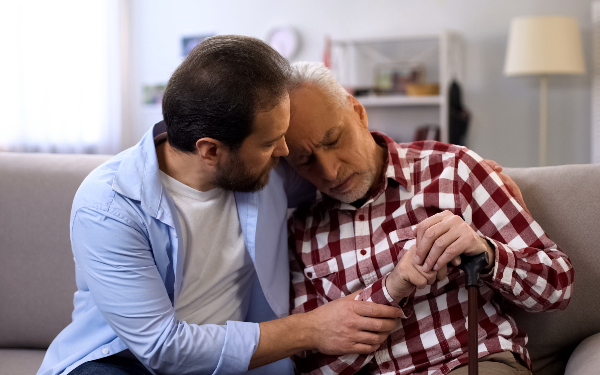 The role was introduced through the Mental Health Act 1959 and gave specific family members rights and powers during an assessment, in which a person with a mental disorder may be detained in hospital against their will.

You can find out more about the nearest relative’s roles and responsibilities by reading Community Care Inform Adults’ quick guide to the issue, which is available to subscribers. It is written by Mental Health Act trainer Rob Brown.

Under the Mental Health Act 1983 (MHA), nearest relatives may ‘object’ to an admission for treatment by an AMHP, which could stop the admission from taking place. They also have powers to request that an AMHP considers a request for an MHA assessment and may order that their relative should be discharged from hospital.

We have recently conducted research on this issue, consisting of face-to-face interviews with 19 nearest relatives on their experiences of the role. While many of our questions focused on their views of their legal duties, most of the people we spoke to described the emotional impacts of carrying out the role.

These impacts manifested in several ways. First, half of the participants in the study told us the MHA assessment was a distressing experience. One interviewee described the sense of chaos in the home during the formal assessment:

The actual sectioning process was as horrible as it ever could have been. It was possibly the worst experience of my life…one minute there were police cars and half a dozen doctors and lots of shouting and stuff going on and then the next minute I was just there on my own and that was a bit kind of challenging, difficult.”

Others attributed feelings of distress to uncertainty about the nearest relative role or because they felt it had impacted negatively on their relationship with the service user.

Secondly, other participants described feeling relieved following the assessment, seeing it as  a helpful response to their relative’s behaviour, though some also highlighted the kindness shown to them by mental health professionals or their employers.

Thirdly, some reported conflicted emotions, primarily linked to their powers to act as nearest relative, specifically, the tensions between having the right to request an assessment, the power to object to an admission and the power to discharge from hospital.

A final dominant theme was feelings of frustration with mental health services. This was either because nearest relatives felt that staff had ignored or minimised their concerns, or due to lack of information sharing by professionals about the progress of their relative’s compulsory admission and subsequent care or discharge arrangements. Some nearest relatives also reported frustration due to the lack of support offered to them by professionals during the assessment process. For example, one participant said:

They just have their little platitudes that say, ‘oh you can call the crisis number’, or ‘you can call the police’. They don’t actually know what that means.  They tell people to do things that aren’t going to help…. because they think they’ve ticked the box.”

Nearest relatives suggested that being provided with more information about the role would be useful, coupled with the offer of emotional support, both prior to and following the compulsory admission.

Our findings highlight that most nearest relatives are committed to their role, but many report feeling distressed by the MHA assessment process. While some nearest relatives reported feeling relieved that their relatives had been detained, it was common for individuals to report frustrations with the degree of support they received from mental health services and staff.

How AMHPs and social workers can help

AMHPs and social workers need to recognise the challenges that nearest relatives face. There are also a number of practical steps that they can take.

Nearest relatives should also be informed in good time of plans to discharge the person who has been detained. There may also be benefit in local authorities commissioning education programmes and support groups for nearest relatives.

From nearest relatives to nominated persons

The government has proposed that the law should be changed, with nearest relatives being replaced by a new nominated person role. Its 2021 white paper says that these changes are necessary so that service users can choose who they would like to represent them.

If the proposals are accepted, nominated persons will have the same powers as nearest relatives but also some additional ones. These may include the right to be consulted about care and treatment plans, hospital transfers and renewals or extensions to detentions or community treatment orders (CTOs). They may also be given powers to appeal clinical decisions at tribunals, in cases where service users lack capacity to do so, and to object to CTOs.

These proposals should be welcomed as they provide service users with improved representation. However, our research indicates that they are only likely to be effective if nominated persons are given sufficient support.

This support should be both practical and emotional. Nominated relatives could benefit from courses or online materials explaining their legal rights and how they exercise them. They should also be offered emotional support, particularly at points where service users are being detained or when discharge from hospital is being considered.

The full article, Beyond the call of duty: A Qualitative study into the experiences of family members acting as a Nearest Relative in Mental Health Act assessments, can be accessed for free from the British Journal of Social Work.