12 reasons to be proud of social work

By Tristan Donovan on May 8, 2014 in Adults, Children, Workforce The winners of the 2013 Social Worker of the Year Awards gathered at Parliament earlier this week to be toasted by the likes of children’s minister Edward Timpson. Combined, they embody the reasons why every social worker can hold their head up high.

For service users she’s empowering, for colleagues a role model who is generous in sharing her expertise. As one of her colleagues says: “If ever me or my family need a social worker, I hope it can be Pat.” What greater recommendation could a social worker get?

When everyone else had given up on a violent nine-year-old, Amanda refused to throw in the towel despite the personal risk. Today the boy is in school and happy. No wonder Amanda’s the children’s social worker of the year. 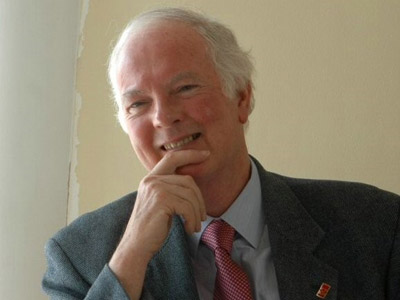 Peter may have passed away since the awards but his influence on social work lives on. His willingness to challenge the status quo on issues like spirituality in social work, plus his openness about his own struggle with depression, made him a man of warmth and integrity.

On-call 365 days a year, the CATCH Team delivers in-the-nick-of-time support to crisis-hit families with teenage children. From mediation and mentoring to emergency childcare, the CATCH Team is the glue helping many Buckinghamshire families stick together.

There might only be five of them, but the Hospital In-Reach Team get the job done. They handle as many as 100 discharges from three acute hospitals at any one time and yet keep the percentage of delayed transfers to a third of the national average without compromising on quality.

Jenni’s career is full of achievements, not least her pioneering work to move children’s homes from a custodial to a therapeutic approach. What’s more, she has continued to be a rock for those she has worked with, continuing to offer them support long after they stop being her clients.

Brian is the Miracle-Gro of social work education, linking up Bradford College and Calderdale Council to enhance the training of social workers, old and new. He also successfully made the case for a Grow Your Own Social Worker scheme to help foster next-gen social workers.

Tracy’s a dab-hand at picking the right mix of team skills and used this to engineer a super-smooth transition for service users with learning disabilities, who were being moved to Salford after spending most of their life in a North Wales care home.

Faced with rising referrals, Michelle sprung into action devising a multi-agency hub approach and bolstering Plymouth’s threshold team by brushing up on her knowledge of how to tackle youth homelessness, child sexual exploitation and remands to local authority care.

She only qualified in 2011 but Ruth’s already helped develop a residential service for older people. She’s also made herself a dependable point of contact for service users, families and professionals. “Thanks to Ruth my health has improved and I’m so much happier,” says one resident.

The judges call her inspiring and they aren’t wrong. With her focus on solutions, she’s already making a big difference. As one 10-year-old she worked with says: “I am happy that I have been adopted but kind of sad that Jenni will not be my social worker.”