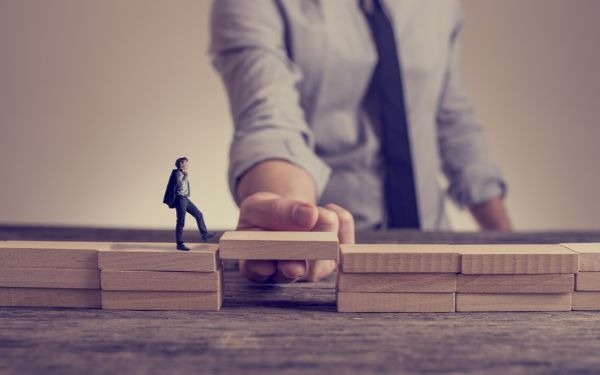 Buckinghamshire council has been spared the fate of losing control of its children’s services after a government-appointed commissioner concluded there was “no valid case” for setting up an alternative model in the county.

A report published this week by John Coughlan, the chief executive of Hampshire council, gave “strong endorsement” to work being carried out by senior managers at the authority, which received its second consecutive ‘inadequate’ Ofsted judgment at the start of the year.

The review concluded that the “cost, delays and disruption” of setting up an arms-length model, such as those in place at Slough, Doncaster and a growing band of other troubled councils, could “seriously disrupt” the pace of improvement at Buckinghamshire.

But a new statutory direction from the Department for Education, issued at the same time as the report was made public, ordered Buckinghamshire to receive external support from Hampshire for an indefinite period of time.

A number of other councils have received similar instructions from the government recently.

Coughlan’s report made an unforgiving analysis of the previous senior leadership team at Buckinghamshire’s children’s services, most of whom were eased out after chief executive Rachael Shimmin took up her post in 2016.

Buckinghamshire’s initial ‘inadequate’ judgment, in 2014, had come as a shock, the report said, but was “a fair reflection of a local authority which had not being paying sufficient attention or priority to its services for vulnerable children”.

While the council had attempted to turn things around, Coughlan criticised a “hard and data-based approach” to performance management, which he said had provided shallow analysis of practice. Some staff viewed management as oppressive, cliquey and deaf to others’ opinions, the report found.

Shimmin, the report said, brought a healthy scepticism as to whether things were really improving. The subsequent appointment of a new director of children’s services (DCS), and assistant director, had forged an “exceptionally strong” team able to effect change, it added, which had the full backing of local political leaders.

“Managers that have been appointed have wisdom, a broad and impressive range of experience and skills and, crucially, they have experience of improving services in other authorities,” the report said. “They have made it clear to staff that they are in Buckinghamshire for the long haul and this has already made a difference to morale.”

The report added that senior managers were engaging better with staff, an approach it said now needed to be “sustained relentlessly”.

Coughlan’s report assessed that it would take at least three years to comprehensively turn around children’s services in Buckinghamshire.

Noting that the beginnings of improvements hadn’t saved the council from a second ‘inadequate’ judgment, the report said: “If there is any single lesson for Buckinghamshire it must be to appreciate how long, complex and fragile [an] improvement journey is bound to be.”

The report’s tone is in contrast with opinions expressed by staff at Slough Children’s Services Trust, subject of another recent evaluation, who complained they felt the DfE was forcing the pace of change at the new organisation.

Among a series of recommendations for improving services, the report said Buckinghamshire needed to:

The report said that Buckinghamshire’s comparatively solid financial footing – in contrast to a number of other counties – and strong “corporate capability” around things such as training, IT and HR support should help smooth its path.

Coughlan also specifically argued against any geographical breakup of children’s services in Buckinghamshire, which is in line for local government reorganisation, that could conceivably see the county divided into two unitary authorities.

“I would categorically not recommend any decision to split children’s services in Buckinghamshire, either in terms of commissioning or delivery, from the existing single-county model,” he wrote. “I believe that would be taking serious and unwarranted risks with children’s welfare in the county.”

Martin Tett, the Conservative leader of Buckinghamshire council, said he was pleased with the report’s findings, and endorsed Coughlan’s view on reorganisation of the county.

“Any splitting up of the county into two unitaries would not be positive for children’s services,” he said.

Tolis Vouyioukas, the DCS, said: “We are encouraged by the findings of this report, and as a service we are very clear on what is needed to improve outcomes for the children and young people we serve.

“We are very fortunate to have a dedicated and committed workforce who want to make a positive difference to the lives of children and young people in Buckinghamshire,” he added. “That is the only reason we are all here.”

“It is a particular testament to the efforts of our frontline staff and management team that we are heading in the right direction. I would like to thank them for their tireless work,” Whyte said.