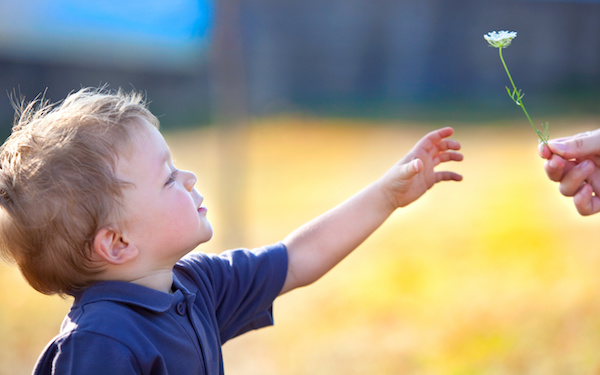 Want to belong to a safe, supportive council where you can make a real difference to children and families? Then register your interest in joining Hampshire County Council or find out more about joining Hampshire.

“I’ve got to show you the contact rooms,” says team manager Nicky Cooper excitedly. “Before we moved to this office five years ago we had a little room with a table in the middle with some Lego on it. But now we’re proud of our family contact rooms.”

Moments later we’re heading down an attractively decorated corridor where a collection of doors on the left side lead to the contact rooms. “The children love this big, long corridor – they like to run up and down it,” she says. We stop at one of the empty rooms.

Inside it’s bright and welcoming. A comfy red and black sofa lines one wall. Opposite the sofa is a shelf filled with toys and calming photos of woodland scenes.

We might be in a council office in Basingstoke but you could almost mistake it for a room in a family home. “Good isn’t it?” beams Nicky. “We were consulted on what we needed so that’s why the contact rooms are like this.”

But we’re not here for the contact rooms. We’re in Basingstoke because it’s the birthplace of CAST, the new children’s social work team model that’s been introduced across Hampshire County Council.

CAST stands for children’s assessment safeguarding team and it does something unusual – it eliminates the artificial divide between referral and assessment and child in need social workers.

Fiona Wraith, the district manager for Basingstoke, says CAST gives families consistency. “Families don’t get a referral and assessment social worker and then jump over to a child in need social worker,” she says. “They’ve only got to explain everything to one person.”

Under CAST, the social worker who does the initial assessment remains their social worker, sticking with them until the case is closed or a child moves over to the adoption and looked-after children team.

Nicky remembers feeling excited when she first heard of the CAST approach. “When it was originally rolled out in February 2017 I was still a social worker and I felt it was exciting,” she recalls.

“I’d always worked in a child in need team. I’d never worked in referral and assessment so it was a new challenge. I was used to working with families over a long period and all of a sudden I was also knocking on doors and doing initial assessments.”

The teams work on a four-week cycle. Week one is intake week, where the team takes on new referrals. During weeks two and three the team does its assessments and in week four those assessments are signed off.

Long-term work with families runs in parallel to the four-week intake cycle. And since each of the four teams are on a different week in the cycle, teams only take in new referrals roughly once a month.

Hannah Leat, CAST team manager, says the cycle creates a natural rhythm for the teams. “That’s one of the nice bits about it – it’s more varied,” she says. “It stops things getting stale. The timescales add up in such a way that all your intake work is cleared before you go into your next intake week.”

Social worker Peter Hartwell says the CAST structure also means cases are better managed. “You can’t be the referral and assessment worker who rocks up, does the assessment and quizzes everyone before handing them over to the nice, supportive long-term worker,” he says.

“There’s a lot more balancing to be done of the challenge with the supportive role because while you still need the information about what’s going on you also need to develop rapport and relationships.”

Another advantage, he says, is he knows where his families started out. “You know where the family has been – you’ve seen them at their hardest point and you can reflect that back to them,” he says.

“If you’ve not been there for the crisis moment you can’t reflect that back. We also don’t get initial plans that don’t work – because we also deliver the long-term stuff we know what’s going to work and what’s not. That’s positive for families because we can progress things quicker – it’s less of a stop-start process.”

That helps reduce caseloads too adds fellow CAST team social worker Lucinda Hewitt-Dutton. “Because you’re already there from day one and can start putting in your referrals and working the case immediately, things are a lot smoother,” she says. “I think that works better for families that just need a really short intervention.

“Before, I might get a case coming over to me on the child in need team and I might not get why they were on a plan, which leads to the case staying open and difficulties in being clear with families why their cases are open. Now for the families, which is who it’s all about really, there is a more clarity.”

Hannah says the reduced caseloads give social workers the space they need to creatively plan their visits to families: “It’s really good, it’s not just about meeting timescales – there’s space to do really meaningful work.”

One example is how Lucinda uses a second-hand Jenga game as a way to administer Hampshire’s neglect questionnaire during visits. “She plays it with children and uses it to ask the questions,” says Hannah. “The children want to play the game over and over. You can also get siblings playing together. It’s really effective.”

The support from the PAs is also a big help too. The PAs support social workers with everything from booking appointments with families and doing welfare checks to updating chronologies and being a sounding board for the social workers.

Peter agrees: “The PAs free us up to be out with the families rather than in the office.”

But CAST is not some change made in isolation. It’s part of a wider programme of improvements at Hampshire that include equipping staff with tablet-laptop hybrids to facilitate remote working and an on-going drive to expand the service with hundreds more social workers.

A safe place to work

Crucial to the success of all these initiatives is the firm bedrock on which Hampshire’s building, says Hannah.

“We’re a safe place to work and because of that we can be creative and innovative in the way we do things,” she says. “For example our multi-agency safeguarding hub is very well established and that made the transition to CAST seamless.

“We are very well supported by our structures and we have mature processes in place to build on. I think that’s one of the reasons CAST has worked so successfully.”

Be part of a council that offers a safe work environment and the support you need to change the lives of children and families for the better – register your interest in joining Hampshire County Council or see the latest vacancies.