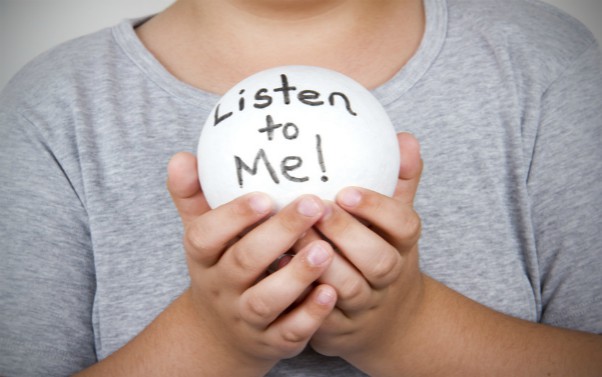 Chaired by Professor Sir Simon Wessley, the review has been directed to look at how the MHA is used and how practice could be improved. In particular, rising detention rates, racial disparities in detention, and concerns about the act being “out of step” with a modern mental health system were listed as key areas of discussion.

With its recommendations due this autumn, the review team has started forming its preliminary ideas around changes to the MHA and recently hosted a workshop in Liverpool to share its thinking with an audience of service users, carers, relevant professionals and affected organisations.

Leading the session, mental health social work lead at the Department of Health and Social Care, Mark Trewin, said the purpose of the workshop was to capture the thoughts of parties directly affected by the MHA.

With 18 topic groups in total, the Liverpool audience was asked to listen to and discuss three potential areas of change to the current system, with attendees’ feedback helping to inform the review’s final recommendations.

In the interim report published this May, the review stated the role of the nearest relative was “no longer fit for purpose”.

Get up to speed with DoLS reform

Are you confused about what will replace Deprivation of Liberty Safeguards? Then register now for this month’s Community Care Live London where two of the key people behind the reforms will explain what they are likely to mean for your practice. They are Tim Spencer-Lane, the lawyer who led the Law Commission’s project to review the law on deprivation of liberty that formed the basis of the government’s bill, and Sharon Egan, the Department of Health and Social Care who is leading on the reforms.

According to the MHA definition, the role of the nearest relative is to safeguard people who are detained and ensure their family has a statutory role in their care. However, the report found that, in reality, carers, family and friends who are not eligible to be nearest relative “can struggle to engage in the care of the person they support”.

Moreover, the nearest relative is identified based on a hierarchy of relationships, starting with husband, wife or civil partner (including cohabitees who live as spouses), rather than on the person’s choice.

The interim report noted service users felt it was important to be able to choose who was involved in the discussions about their care, saying the current system sometimes resulted in “inappropriate people being automatically selected to be the nearest relative”.

To ensure those closest to service users are involved in their care, the review has suggested replacing the current nearest relative mechanism with a nominated person model. This would be similar to the role of the named person in Scottish legislation where those who need treatment under the Mental Health (Care and Treatment) (Scotland) Act 2003 can choose someone to help protect their interests. The named person also has a right to be consulted about some aspects of the person’s care and treatment and can make applications to the Mental Health Tribunal.

Under the review’s current thinking, people would be asked when they first come into contact with services who they would like to fulfil the role of the nominated person. The chosen individual would then need to agree to fill the role, with a witnessed statement listed as a possible method to ensure this is recorded appropriately.

If people are unknown to services and, thus, have not chosen a nominated person, the review said the individual being detained should be asked who the best person is to fill the role.

It added that, in cases where a person lacks decision-making capacity and has not previously nominated a person, a “fall-back” would be needed. Current ideas say this could involve creating an updated hierarchical list or allowing professionals to identify a suitable individual based on meaningful relationships. Or, it could include an assessment of their likely preferences until they regain capacity. This would be similar to a best interests assessment.

In the discussion that followed, those attending the Liverpool workshop agreed the role of the nominated person could “help to widen the net of safety” for service users, especially those who do not have family members or traditional family models. The room also agreed that approved mental health professionals (AMPHs) would be “well placed” to help identify the nominated person, if a ‘best interest’ assessment had to be carried out.

However, in the circumstance where an individual has failed to nominate a candidate, some questioned whether it would be appropriate for an AMHP to make a best interests decision on the individual’s nominated person at the same time as deciding to apply for the section.

Involving service users and ensuring their preferences are heard was another task handed to the MHA review by the government. One member of the Liverpool workshop stated it was time to end the “paternalistic nature” of mental health care and start listening to those with the capacity to influence their own treatment.

At present, professionals are advised to consider care plans and service user preferences. The MHA Code of Practice for England states that “treatment should address an individual patient’s needs, taking account of their circumstances and preferences where appropriate”. However, the review group has said there is currently “limited legal weight” behind a person’s preferences when they are detained. Moreover, findings from the interim report further identified that many service users felt their attempts to set out requests “did not receive adequate attention”.

The review listened to these comments and insisted it wanted to ensure “more prominence is placed on a person’s wishes and opinions” under the reformed system. Consequently, it has suggested that advance decision-making documents should be built into the care planning process to represent the voice of service users. This, it believes, would give people more power, with “a clear legal process” allowing service users to record their preferences before being detained.

These preferences, according to the review, would be given “particular regard” by clinicians if it was confirmed that the person had the mental capacity to make the advanced decision at the time it was made, and the plan is agreed with the care team. Some treatment refusals would be binding, for example neurosurgery, while other refusals would be binding unless a test of urgency was met. Other departures from the document would needed to be reported, the review has suggested.

Self-binding requests may also be included under the review’s initial thinking, allowing staff at the detention centre to better understand service users. For example, the advance decision-making document could inform staff about behaviours indicative of illness and appropriate responses.

Those in attendance agreed it would be a good move to grant the service user more autonomy in deciding care plans. It was pointed out by one member of the audience that giving staff more information about service users and their behaviours would help them understand certain situations more, for example, how someone reacts when they are distressed or afraid.

They added this could lead to fewer misunderstandings and would only benefit staff.

Despite large agreement with the review’s idea, certain delegates questioned its thinking behind enabling clinicians to overturn an advance refusal of treatment, saying it appeared to go against the principle of giving service users greater authority.

Understanding the reasons for racial disparities and improving detention centre environments, both culturally and physically, are two other priorities of the review’s work.

According to government figures, people in the black ethnic group were the most likely to have been detained under the MHA in 2016/17, with a reported 272.1 detentions per 100,000 black people. Over the same period of time, just 67.0 per 100,000 white people were detained.

Participants from black, Asian and minority ethnic (BAME) communities told the review in May they felt there was “a lack of cultural awareness in staff” and expressed concerns about racism, stigma, stereotyping and overmedication within detention centres.

Moreover, the interim report found that two thirds of those detained under the MHA did not feel like they were treated with dignity and respect. In addition to expressing concern over distressing experiences suffered by those detained, which include verbal abuse, bullying and punishment systems for access to open air, leave or family contact, the review questioned whether ward environments had contributed to poor therapeutic relationships.

Acknowledging the problems with detention centre environments, the review said its recommendations need to “emphasise human dignity as a principle and pillar of the practice it legislates”.

To improve respect for services users and overall detention experience, the review is looking to offer “staff support and training” and has expressed a desire to “promote staff awareness of mental health, culture and human rights”. The review believes this would ensure a “humane, compassionate and therapeutic” experience for service users.

The need to improve the physical environments of hospitals was also identified by the review group during the final discussion of the workshop. It said it would be considering efforts to “enhance facilities” by providing engagement resources, such as a library of exercise facilities.

It is also currently exploring the possibility of minimising blanket restricts, including rules around mobile phones and contact with family and friends.

Those at the workshop emphasised that service users with mental health conditions should be treated like everyone else. Many service users in the room welcomed the idea that the review was looking to address blanket restrictions.

Parental alienation: what it is and how it’s different from implacable hostility
Council that takes ‘prompt action’ to ensure manageable caseloads for social workers rated ‘outstanding’